Living out in the suburbs of south east London can be a bit of a drag sometimes, given the Tube connections revolve around north London, and all the coolest events are generally in central. Yet Franco Manca illustrates the flipside of living in the ’burbs, and how in terms of dining in a chain, being in a less busy part of the city can work to your advantage. 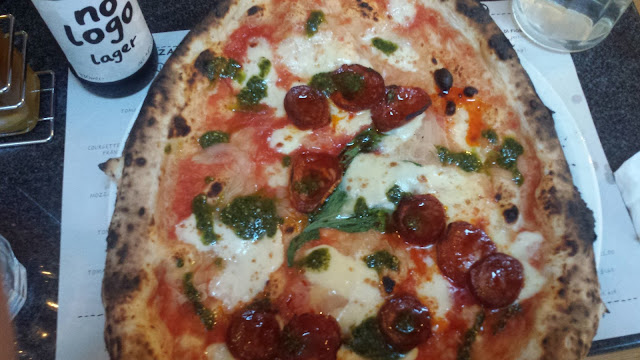 There’s a Franco Manca on Tottenham Court Road, one which always has a long queue of people standing outside, waiting for their turn to dine there. As much as I love my sourdough pizza, I don’t love it so much that I would brave standing in the cold to have it.

So I was delighted to hear that Bromley, my borough, was going up in the world by getting a Franco Manca of their own. 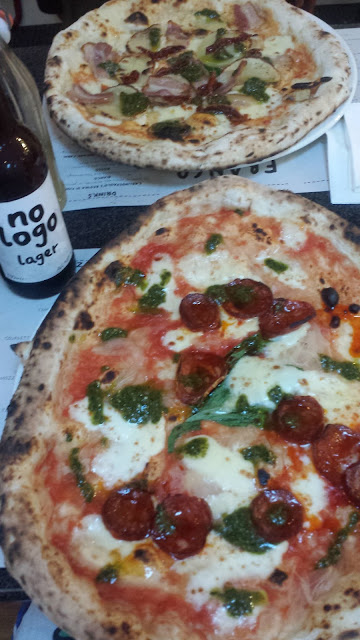 A busy Saturday night didn’t prevent the staff from giving us wonderful and cheerful service, where they helpfully outlined all the options, and patiently answered any ponderous questions I had (I like my pizza, so wanted to maximise my time there, haha).

As someone who has almost gotten used to the surly ‘you should feel lucky to be eating here’ expression that I’m greeted with at every other central London restaurant I dined in when I have the temerity to ask for so much as a serviette, I was taken aback by such a display of hospitality.

For starter, my friend and I shared this cheese concoction, pictured below: 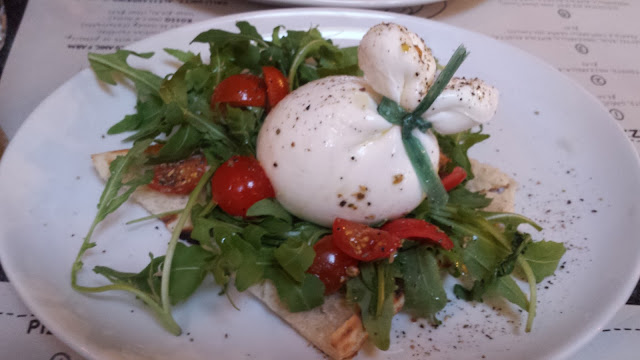 I’ve had one of these in the more lah-di-dah Anthony Edmunds, and this tasted as light and divine as the one I had there, for a fraction of the price. Despite the deceptive white, tasteless appearance, this starter was actually brimming with flavour. Awesome.

I also had lager, which, being brandless, was substantially cheaper than the stuff you get in pubs, and tasted better, too.

My pizza, Number 6 (Tomato, Organic chorizo) was flawless. You could add extra ingredients, so I had pesto and onion, two things I love but has not really been an option to add onto your pizza before. Both worked a treat. The meat was awesome – succulent, moreish, juicy. And I was really glad I asked for those two ingredients because they unified with the tomato and the chorizo to create culinary heaven.

By the end of the meal, both mine and Joy's plates were empty; the sign of a well-appreciated dinner. My share of the bill came to just £15, an absolute steal considering I'd had half a starter, a lush pizza and a beer!

I thought Icco's was as good as it got when it came to value for money and delicious pizza. But Franco Manca Bromley is in a completely different league. The pizza here is nothing short of exquisite. Go The 'Burbs!