Here are the list of nominations, if you wanted to play prognosticator as well! I'm only predicting the film categories, as, as my Golden Globe predictions showed, I don't know much about TV. Haha.

^^ With both the leading categories, I feel if Malek and Close win tonight, then they're favourites for the Oscar. Either American Hustle co-star Christian Bale (for Vice) or Bradley Cooper (A Star is Born) could beat Malek, and as for Close, she should be looking out for competition from Lady Gaga and Olivia Colman.

If Mahershala Ali wins tonight, he'll be on track to win Best Supporting Actor at the Oscars twice in three years. The last time we had a double winner in a short space of time was by Christoph Waltz, in 2010 and 2013, for the same category, except he won for acting in two Quentin Tarantino films, playing fairly similar roles [except one was a villain, and the other, a sympathetic character]. Ali has mixed it up with two different directors and two very different roles.

The current frontrunner for Best Supporting Actress, Regina King, wasn't nominated for the SAG (apparently there were screener issues) or the BAFTA (who inexplicably chose to nominate Margot Robbie's shameless Oscar-begging as Elizabeth I instead). So that frees up the category for Amy Adams to win tonight, although I feel Rachel Weisz will probably win the BAFTA, thus making the Supporting Actress race quite exciting!

By the way, Amy Adams is also up against Emma Stone in the 'Best Actress in a TV Movie or Limited Series' category, for Sharp Objects and Maniac respectively, and I'm predicting/hoping Adams triumphs over Bugeyes there as well!

The Favourite and Roma, which led the Oscars with the most nominations this week, didn't get nominated in this category. Instead, we have three films that fared well with audiences (Black Panther, Bohemian Rhapsody and Crazy Rich Asians) and BlacKkKlansman and A Star is Born. A Star is Born might be the obvious choice, given I'm not predicting Bradley Cooper or Lady Gaga to win tonight, so it might be a good place to honour them. But I'm gonna predict with my heart and go guess Black Panther - Wakanda forever!
Posted by Emma at 1/27/2019 12:04:00 pm 6 comments:

OOTD: You promised me Kate Spade, but that was last year

Ever since I heard 'No More (Baby I'ma Do Right)' from 3LW when I was ten, I've wanted my own Kate Spade handbag, because it gets name-dropped in the song (I'm very easily influenced when it comes to rap songs mentioning brands, ha). Now, some 18 years on, I've finally been able to treat myself to that very thing. Baby I'ma do right! 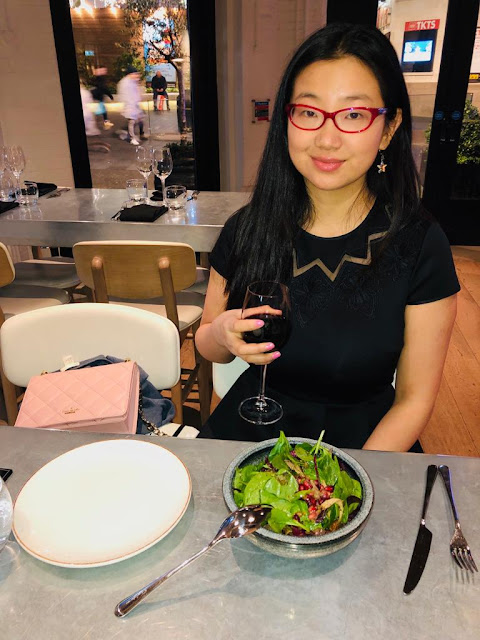 Best Motion Picture, Drama: A Star Is Born
The fact that A Star is Born and Bohemian Rhapsody requested that they compete in the more competitive category (Drama has historically been harder to win than Musical or Comedy) shows the scope of their ambition.

In the pantheon of category fraud, it’s usually been the other way round, for example last year, Get Out’s producers fraudulently campaigned for it as a ‘Comedy’ because they thought it would maximise their chances of a prize.

So the fact that ASIB and BR volunteered for the harder category demonstrates the belief the producers of the films have in their end products. In A Star is Born’s case, I reckon it will pay off.

Potential spoiler: BlacKkKlansman, very much a film for the moment.