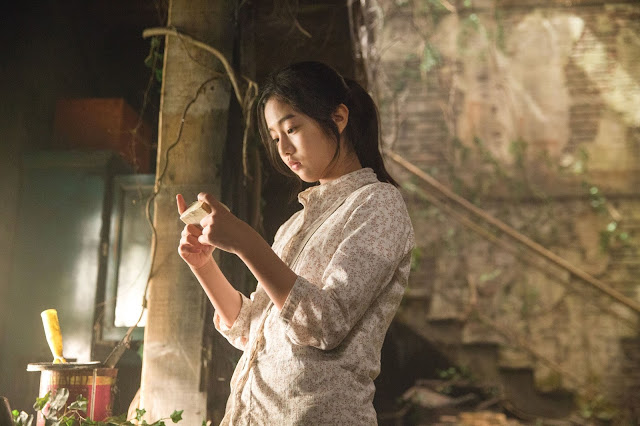 A superstitious misfit 14-year-old girl named Su-rin, is befriended by a besotted schoolmate, Sung-min, and the two form a tentative bond, complete with their own language. One day, she accompanies him and two other boys (begrudging of her company) into the forest, where they discover a cave. Inside the cave, they retrieve a mysterious luminous egg.

Soo-rin, who has dropped a hairpin, pops back into the cave, during which she hears an explosion. When she comes out, the three boys have disappeared. One is found dead a few days later. Then, weirdest of all, a man in his late 20s claims to be Sung-Min, and that he aged whilst time stood still, as a consequence of him breaking the magic egg.

The plot, which sounds contrived on paper, carries off surprisingly well on film, mainly thanks to the assured direction of Uhm Tae-Hwa, who illustrates the beauty of provincial South Korea throughout his sometimes melancholic film. The themes, of not growing up and a truth that when told, sounds like lunacy, evoke memories of Peter Pan and Jumanji, but this original story has a unique whimsical touch of its own.

What makes Vanishing Time so watchable is the central friendship between Soo-Rin and Sung-Min. They understand and trust each other implicitly and there something ineffably lovely about that. As the ‘adult’ Sung-Min, Gang Dong-Won’s compassionate performance carries subdued gravitas, hinting at years of isolation and longing, scars he hides to shield his ‘younger’ friend from guilt.

Dong-Won's chemistry with Shin Eun-soo, who beat 300 other actresses for the role of the feisty protagonist, is organic and innately believable. In order for the audience to buy Sung-min's far-fetched story, it was imperative that Su-rin does so first. From their scenes together, such as Su-rin tenderly cutting his hair, and then remarking that she can recognize Sung-min after all,  the two actors do a fine job of making the fantasy seem like a reality. 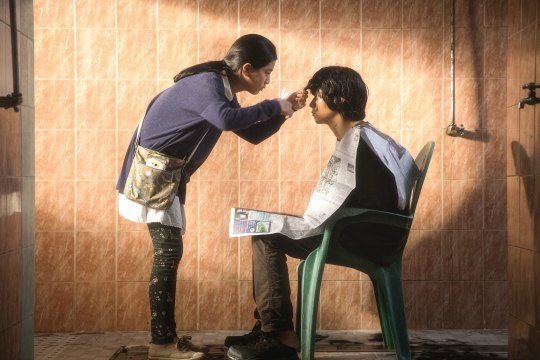 The film meanders slightly towards the end, and could have done with 15 minutes shaved off the running time. But for the most part, this is an entertaining, thought-provoking experience and a gentle celebration of the sacrifices that those who love us make for us. The closing shot was one of the most moving scenes of the year, despite the fact it was simply a glance between two characters.

Ronan Keating was right: you say it best, when you say nothing at all.

I have a question. Why did time return to normal when Sung-Min jump off to the sea. Is it just coincident or follow some kind of rules?

So I think when he jumped off to sea, time stood still for everyone else other than him, where he aged 15-20 years, before time unfroze itself. He made that sacrifice to save the girl.

It's been a while since I saw the movie, so I hope that makes sense!

It was Interesing story.while waching someone gets new ideas. Although I knew it eas fantastic tried to understand the feelings of the characters as if it is real.

It was interesing story.while waching someone gets new ideas. Although I knew it is fantastic, I tried to understand the feelings of the characters as if it is real.

Hi Ezgi, I totally agree!! I knew it was a fantasy, but the actors were so convincing, and the story so moving, that I suspended belief and just went with it.