A few photos from the Alexander Calder exhibition at the Tate Modern. 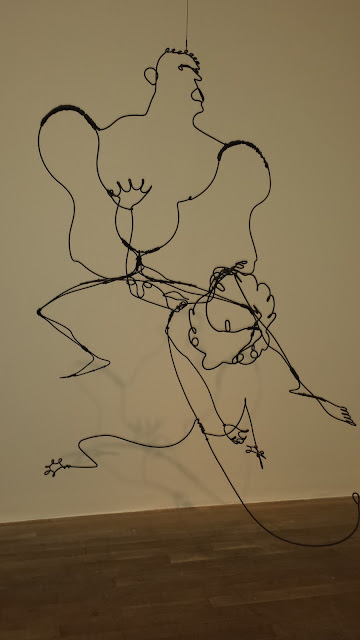 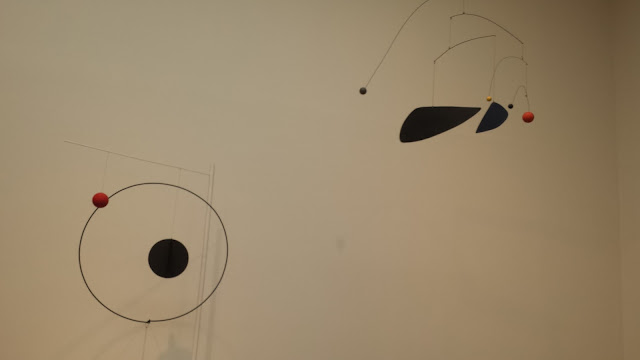 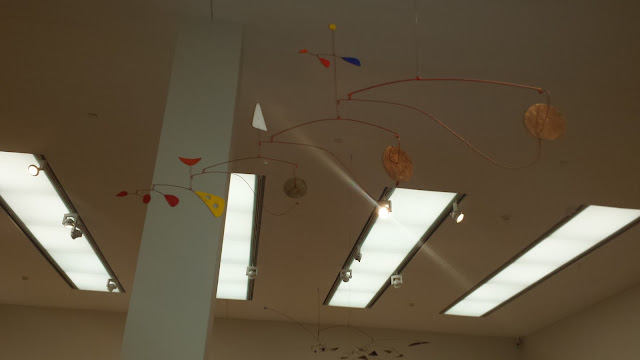 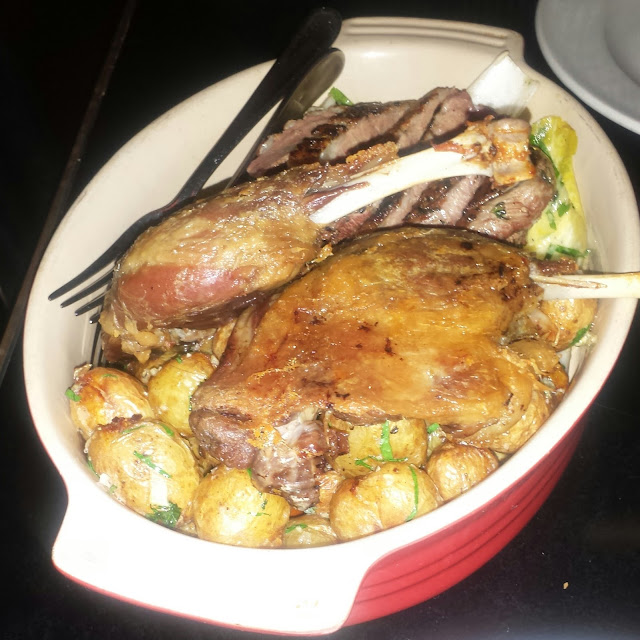 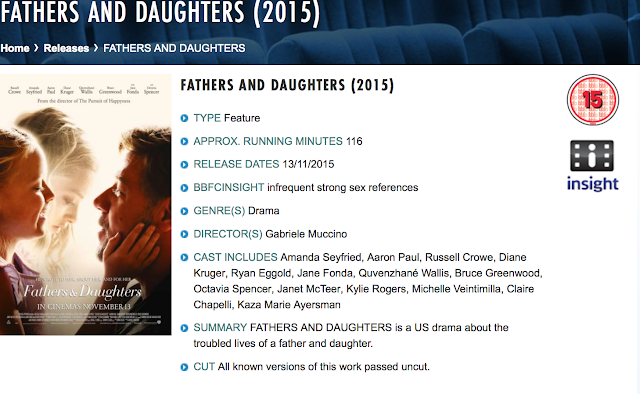 I saw the trailer for Fathers and Daughters before Brooklyn on Saturday (great movie, Saoirse Ronan is a goddess). It didn't really strike me, apart from the fact that I was happy that Jesse off Breaking Bad is getting film roles. It looked like standard PG-13 mother-daughter fodder that Amanda Seyfried seems to specialise in.

However, looking on the BBFC website this afternoon, I was struck by the BBFC rating: a 15, for 'infrequent strong sex references'. Clicking on the further details here tells us that it basically due to a passing reference to ejaculation. I looked on IMDb and the film is yet to be rated by the MPAA, although I would be very surprised if it got anything other than a PG-13. The trailer just screamed PG-13, and reading the rest of the BBFC report indicates that the film was made with a view for that rating (moderate sex references, one or two uses of the f-word, etc).

Anyway, this rating decision interested me because this makes Fathers and Daughters another film, in addition to Easy A, Dumb and Dumber To, What If... and White Chicks that got rated a 15 over here despite being clearly directed at the PG-13 market (so the 12A). This in itself is not that rare - quite a few horror movies are made for the PG-13 audience but get a 15 over here because the BBFC decide that tonally, it's just too strong for 12 year olds and below, which is fair enough. (that one year age difference between 12 and 13 does make all the difference, plus you have to factor in cultural differences between the Brits and the Americans). But the four films I listed, and Fathers and Daughters, quite obviously, are not horrors. The clincher that gave them the less commercially viable 15-rating as opposed to the 12A-rating, is the sex references.

Dumb and Dumber To featured a rather crude scene in which Jim Carey's foolish goon is tricked into fingering an old woman. Easy A, a modern day spin on 'The Scarlet Letter', featured pretty much non-stop sex jokes which whilst being tonally less strong than the aforementioned scene in Dumb and Dumber To, did allude to sex toys and STDs, topics that the BBFC would rather not have in 12A-rated film. Similarly, White Chicks had a rather crude, protracted scene where one of the men, disguised as woman, plays with a sex toy, and finally What If..., a Canadian rom-com starring Daniel Radcliffe which is by all intents and purposes quite amiable, had a few dicey references to STDs, which, as we know, is no-go at 12A.

I find all this very interesting because in terms of depiction of actual sex in films, the BBFC are much more liberal than the stuffy MPAA. We classified Match Point, Never Let Me Go, 2046 and various other films a 12A for 'moderate sex', but these scenes of supposed moderate sex were judged too steamy for PG-13 and instead slapped with an R rating. Given how the Americans don't have a 15 or 18, and just an R, this really is rather final. One of the films which got an R for this reason and a 12 over here was The Invisible Woman, which I recall had one brief scene where a woman moves on top of her husband, but I didn't think was more graphic than, say, the sex scene in Chicago, and in another one, she apparently moans, but I must have been dozing off at that point because it was a blink-and-you miss it scene.

So in just a handful of decisions pertaining to rating a movie a 12A or a 15, a PG-13 or an R, we can see the nuances in cultural differences in what the British and the Americans view as more harmful. The BBFC don't seem to mind showing sex scenes to 12s and under, provided they're relatively discrete. They're more worried about sex jokes, particularly on more adult issues such as STDs, sex toys, and fingering old women. The Americans, on the other hand, are less offended by the latter, and would rather focus on censoring [or at least limiting the audience] on actual sex scenes.

I'll end discussing a film scene that is really, neither here nor there. In Reservoir Dogs, there is that infamous ear-cutting scene. It's made all the more grisly by what you don't actually see. Tarantino depicts the sadism of the tormentor brilliantly, both in terms of choice of background music, and the way the camera pans away; the 'conceal and reveal'. Using this device and analogising it to sex references and sex scenes on the 12A/15 border, the Brits like to conceal the references, and reveal the sex themselves. There's your duality.
Posted by Emma at 11/08/2015 06:33:00 pm No comments: