It's the Golden Globes tonight! They screwed up epically last year, awarding Best Screenplay to Tarantino's insufferable Once Upon a Time in Hollywood..., giving that hack another platform to blather on about how great he was. The fact that they rewarded his contrived film over the brilliant Parasite further attests to the Golden Globes' chronic lack of taste, and how they just kiss the more famous person's ass.
(Graciously, the Oscars did it right, crowning Best Original Screenplay and Best Director and Best Film to Parasite over Tarantino's yawnfest, giving me faith that voting bodies do occasionally exercise good judgment!)
Thus, I'm predicting the Golden Globes this year, but I really don't expect anything good from them. They've shown their true colours in the past, time and time again. 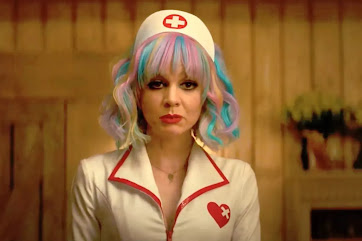 I'm still yet to watch quite a few of the nominated titles, but when I have free time, I have been making my way through the films which interest me, that are available on streaming services. Yesterday I watched I Care a Lot, which was Rosamund Pike reprising her streak of Gone Girl-villainy, to very entertaining and thrilling effect!

Best motion picture - drama: The Trial of the Chicago 7

Prior to going into lockdown, my daily make-up routine consisted of just two products: MAC concealer for the bags under my eyes and blemishes on my face, and MAC blush to give my cheeks a bit of colour. On Fridays, if I was feeling audacious, I would top this look up with MAC eyeshadow, usually a glittery pink shade, on the eyelids. I'm certainly loyal to the brand!
This was an extremely simple process that I could do quickly when my train was ten minutes away from its destination, meaning that my make-up was freshly applied for work.
Over lockdown, with there not being much to do, I had time to refine my beauty routine, and in doing so, added an extra component to the existing process: highlighter. 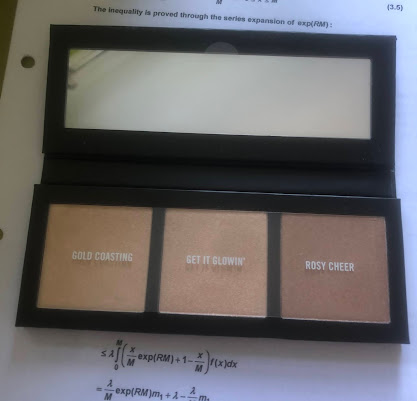