Too much of anything can make you sick.

Four outfits I've worn recently. Thoughts/comments/requests for me to stop being such a dick welcome: 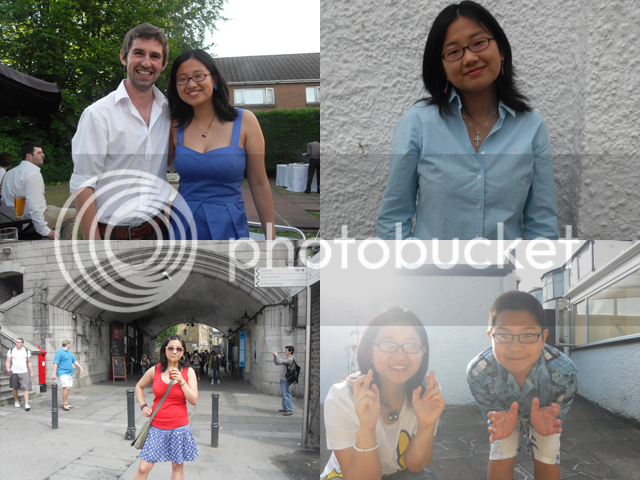 My problem with Twilight. 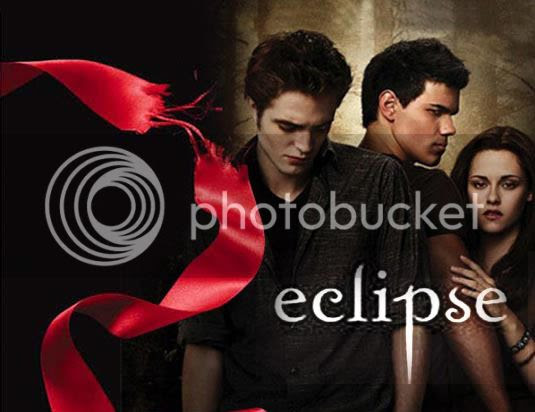 Last Sunday, me and my brother Tom watched Twilight: Eclipse together at the cinema. Now, believe me when I say that we siblings are far from the paragons of intelligence and class; just half an hour before our viewing of the film, we could be seen in Leicester Square brawling; I punched and kicked him, he scratched me whilst hollering “bitch!” Obviously he’s still my favourite person in the whole wide world and we made up almost immediately, but this goes to illustrate that neither me nor Tom are particularly clever. Quite the opposite; we’re downright dumb.
But no matter how low our levels of intelligence (and believe me, some of the jokes we tell would have you thinking we were spawn of frog people or something, they’re that witless), we still left Twilight: Eclipse feeling short-changed and downright patronized. To say it was not a good film was like saying Hitler was a little bit damaged. It was complete and utter dogshit. There were so many things wrong with it, I couldn’t even start listing them, but some of the key issues were:

1) Neither Kristen Stewart nor Robert Pattinson having a grain of acting talent in their DNA. Stewart’s face was the pinnacle of sullenness throughout, and Robert Pattinson, though obviously impaired with what was the worst script this side of the new decade, gave a performance so wooden it would make park benches look charismatic. Terrible, terrible actors. What I will say in their defence, however, was that one scene in which they did perform well in was the steamy and rather romantic making out scene on the bed, set to the gorgeous vocals of Sia’s “My Love”. But then again neither was talking during that kiss, so.

2) The script was the most idiotic thing in the world and had the audience in stitches at all the wrong points. Granted, some of the scenes were intentionally funny, and they carried it off well – Edward purposely snogging Bella in front of Jacob to evoke jealousy got a few hearty laughs from us, as did the line “Let’s face it, I am hotter than you” and Bella’s uncomfortable “chat” with her dad about whether or not she was using contraception. But everything else was a mess. Whilst some films – like Streetdance 3D and Mr Deeds are pants, they still know they’re pants, and don’t bother pretending to be anything else. That Twilight: Eclipse had delusions of being some amazing love saga just made its fail even greater.

3) Bryce Dallas Howard as Victoria was about as scary The Loss of the Teardrop Diamond. Dakota Fanning’s Vampire in Chief, Jane, was as annoying as her bratty turn in Uptown Girls. Both performances had me cringing my face off.

4) The fight scenes with the vampires turning into “glass”. Maybe it was the crap CGI, maybe it was the fact that I didn’t suspend disbelief quite enough, but it all looked very B-movie and camp. And laughable.

5) The love triangle is complete and utter pants. Me and Tom were both like “um, Jacob’s way fitter. Pick him.”

There are many many more flaws with this pathetic excuse of a film, but only so many hours in the day, so I’ll stop there. The best thing about the film by far was its soundtrack, which is admittedly terrific – as mentioned, the Sia song on it is the standout, absolutely gorgeous, but Florence + the Machine’s Heavy, The Black Key’s Chop + Change and Eastern Conference Champions’ A Million Miles an Hour (which plays whilst Jacob smoulderingly pouts at the camera) are all terrific tunes, as is, surprisingly, Howard Shore’s score, which does its best with very stodgy images. So they’re all worth checking out, and if you fancy a listen to any of the songs from the soundtrack, e-mail me at lemon_and_lime7@hotmail.com and I’ll e-mail em to you.

But my biggest problem with the film is not to do with the film per se, but the source material. Stephanie Meyer always proudly boasts how Bella is a girl who supposedly makes choices, and has options. I’m not so sure. The choice she makes in the book and film is to sacrifice her life and become a vampire so she can spend the rest of her life with the love of her life. Now, call me feminist, but it all seems terribly misogynistic to me. It made me laugh how in the book and film Bella justifies this supposed-choice by saying something like “I never felt like I fit in, all my life I’ve stumbled along…” Now, let me tell you something. When I was 12, I didn’t feel like I fit in with the world. I didn’t feel like I fitted in at 15, 18, and I still don’t at 20. You’ll be hard pressed to find a girl/young woman who genuinely knows their place in the world. That’s the beauty of life – none of us really know where we’re going and we never will, until we’re lying on our deathbeds. If Bella is so discontent with her life, there are so many others things she can do; work hard at her grades, perhaps. Take up an instrument. Actually invest time in her high school friends. But no, she would rather give up everything that matters a damn to her, in order to be with Edward and “fit in at last”, supposedly.

Because I'm a Girl. And because I can.

Now, it sort of goes without saying that I have atrocious taste in men, so take this supposed "hottest players in the World Cup" list with the smallest pinch of salt possible. I fancy Gareth Southgate, after all.

05. Xavi Hernandez and Andres Iniesta (Spain)
I know, I know. Iniesta is balding and Xavi looks like a hobbit. But, when all is said and done, talent is very, very sexy, and both of these footballers had that in spades. Both were likely contenders for the accolade of Golden Ball (which went, in the end, deservedly to Diego Forlan), and have been consistent and the models of professionalism throughout the tournament. Plus the Iberian look is just hot, okay. 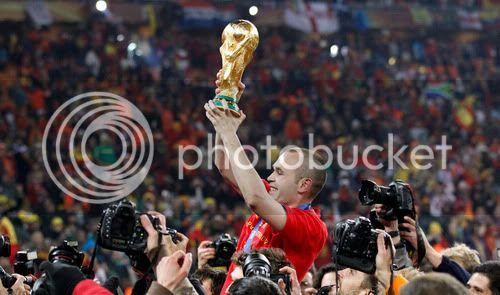 04. Iker Casillas (Spain)
My taste in men, as you'll have noted from the other names on the list, is questionable to say the least. But such is Iker's universal appeal, that despite him actually being handsome, he still made his way onto my list, which is otherwise choc-a-bloc full of players who normal people might call munts. But I just had to bung him on. After all, as Lady Gaga might say, I got lost in his brown eyes. 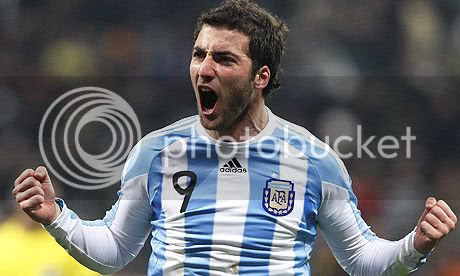 I won't lie, such is the premier-ccentricness of the football I watch that I didn't even know who this dude was prior to the tournament. But he caught my eye in his head-turning, hat-trick scoring perofrmance against South Korea, and his penchant for stripping faster than I can say "Argie Bargie" is very well received. That he established himself when fighting for a place against the likes of Messi, Tevez and Milito is one thing. That he is only 22 and has his best years still ahead of him is another. A very, very hot prospect, in more ways than one.

02. Frank Lampard (England)
Yet another disappointing World Cup for Mr. Lampard, but at least he didn't miss a penalty this time! Whey! Anyway, it's pretty much my duty to promote Lampard whenever I can, and that I do: I had my desktop background as a picture of him in an attempt to spread the Frank Lampard love. Instead, I got tonnes of stick for it, and in the end, gave up on what I saw was a lost cause. You could argue that Lamps (who at 32 is still smokin') felt exactly the same way about England.

01. Peter Crouch (England)
Yeah, I know. He played in this tournament for a grand total of about 40 seconds, but in my arrogant opinion, it should have been a lot, lot more. I'm of the belief that had Capello shown a little bit of faith in him, as Harry Redknapp did for Man City v Tottenham, Crouch would have reward him - and us England fans - handsomely. Instead we had Shrek leading our line, and once again, the overrated ogre underperformed for his country. I continually hear idiots whine about how Crouchie "only scores against crap teams". Well, well, well. Our so-called messiah Rooney didn't even do that. End of the day, Crouchie should've played, and we might have gone far. Instead, Rooney played, and we didn't. Sad.
Posted by Emma at 7/13/2010 11:20:00 pm 5 comments:

Now, I'm anything but a Twilight fan. This is pretty well-documented. However, reading the bbfc classification thingy for the latest film in the series, Eclipse, made me laugh, a lot: - 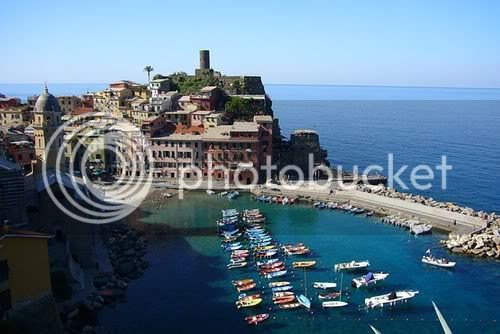 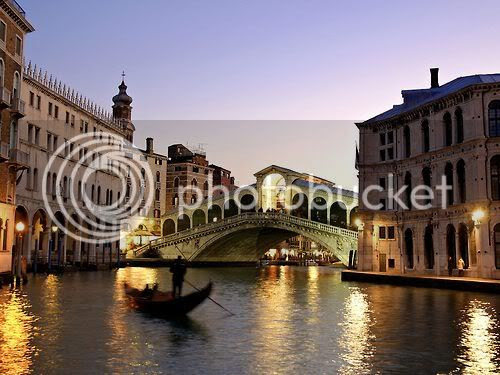 ITALIA. We're landing in Milan, then making our way eastwards to Venice, and finally Verona.

Oh boys, this is not our choice. 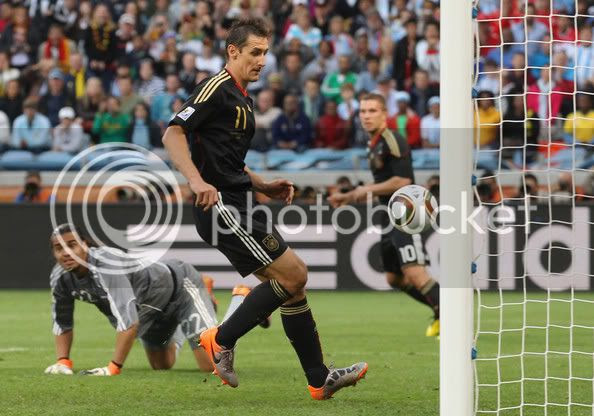