Meal of the Week. 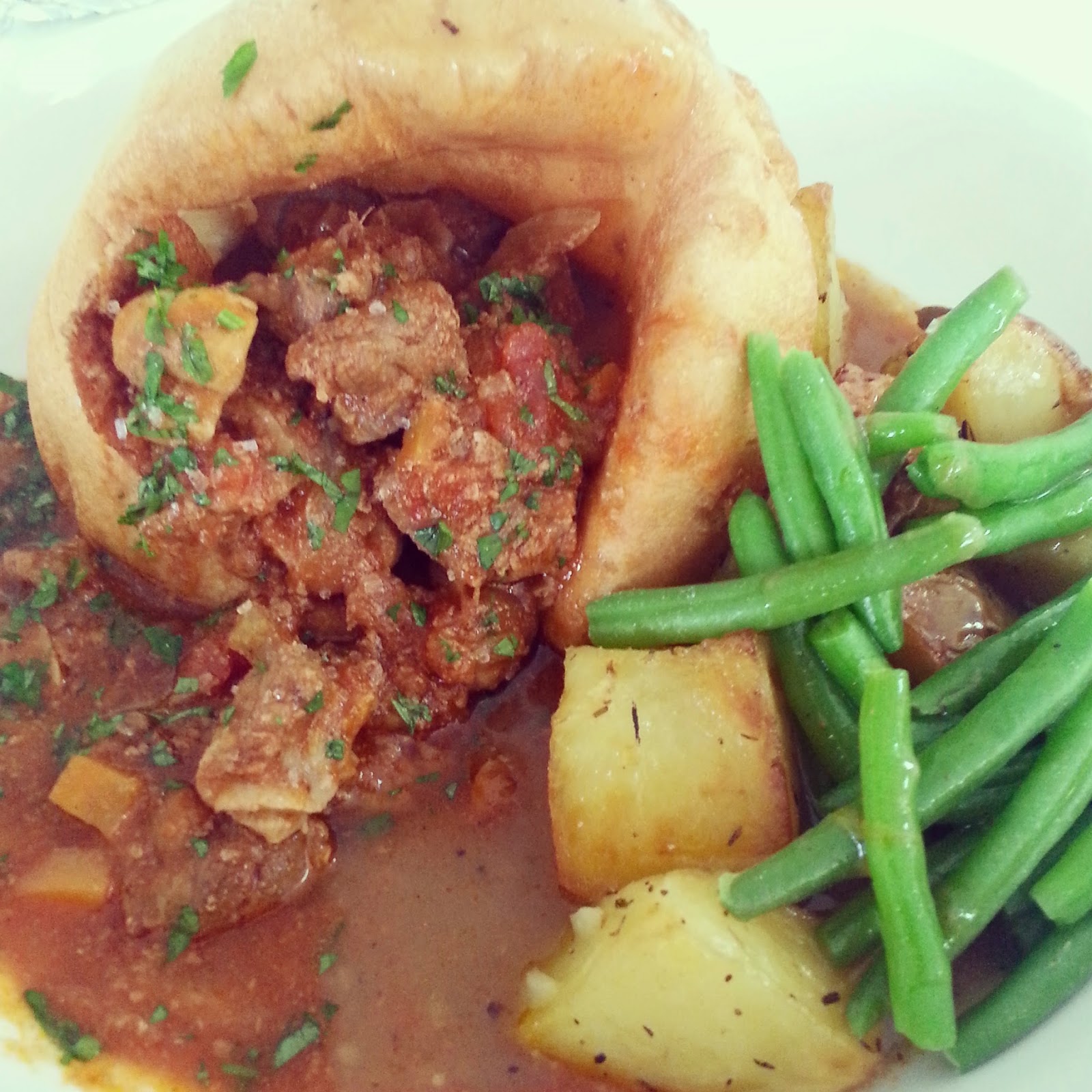 And the treat of the week was a Krispy Kreme doughnut, which I'm a total sucker for! 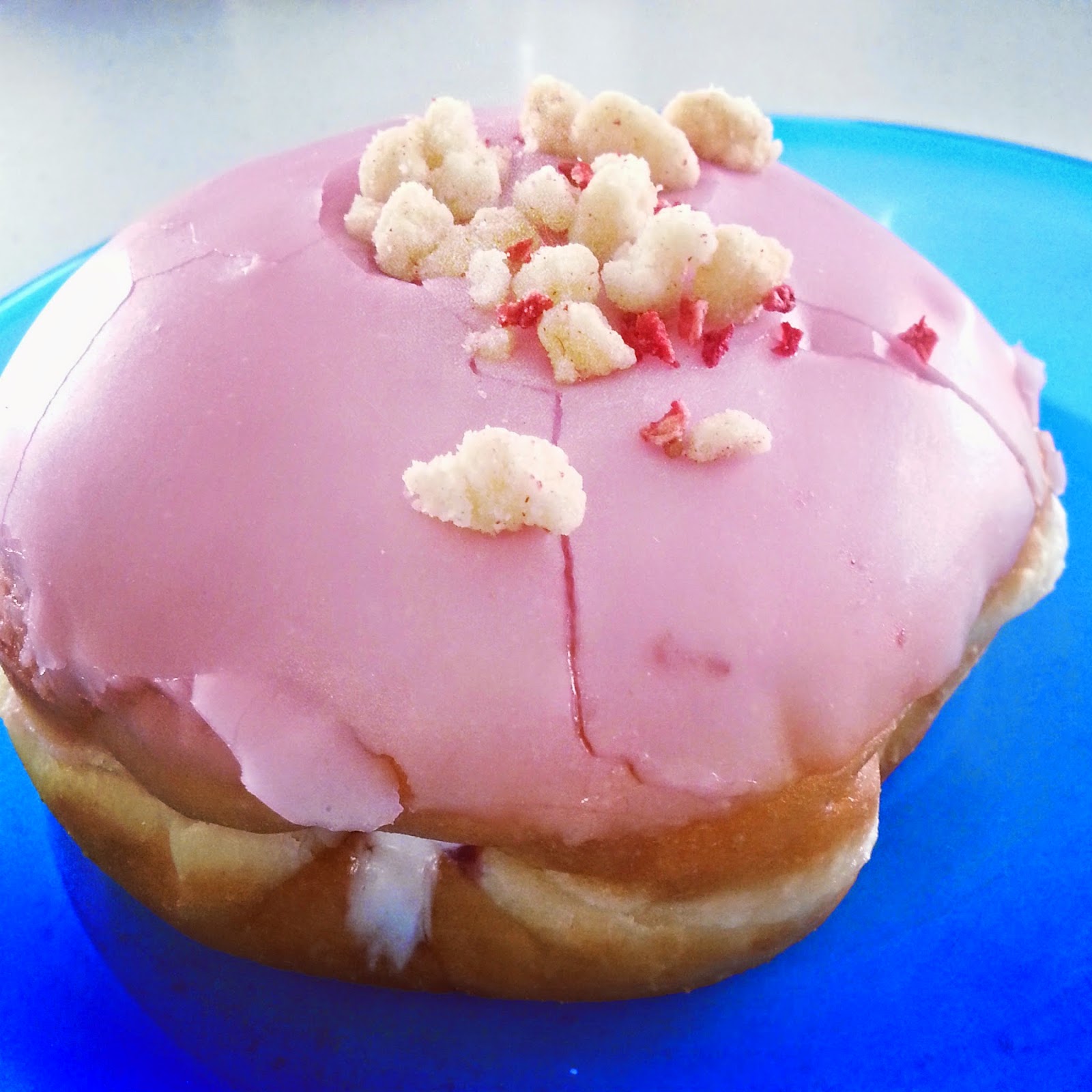 Last Saturday, I got to sport my new Chelsea strip at the home game vs Leicester. Being the snap-happy young woman I am, I thought I'd post a picture on the blog. 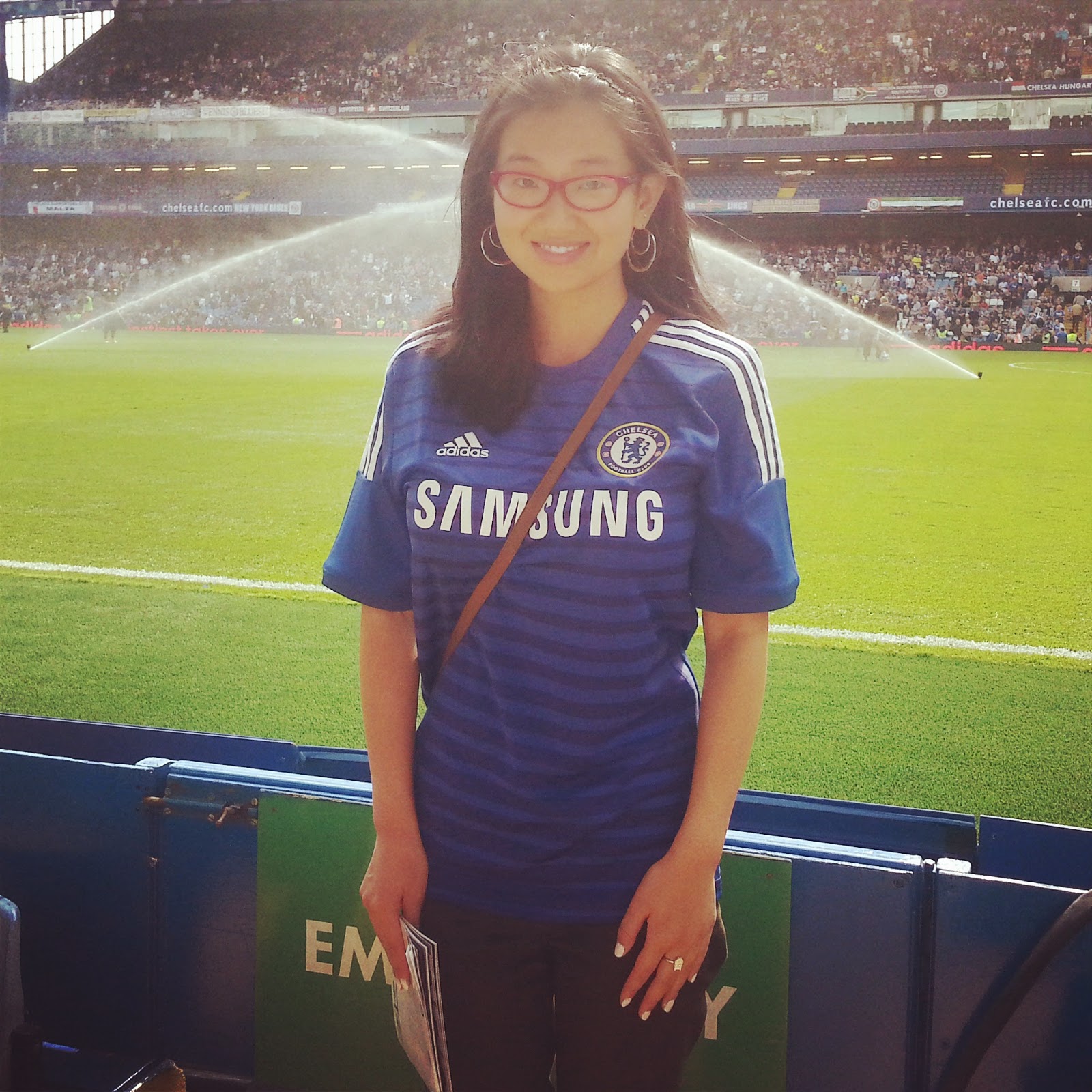 I'm wearing an uncharacteristically feminine nail polish in the picture. It's this shade: 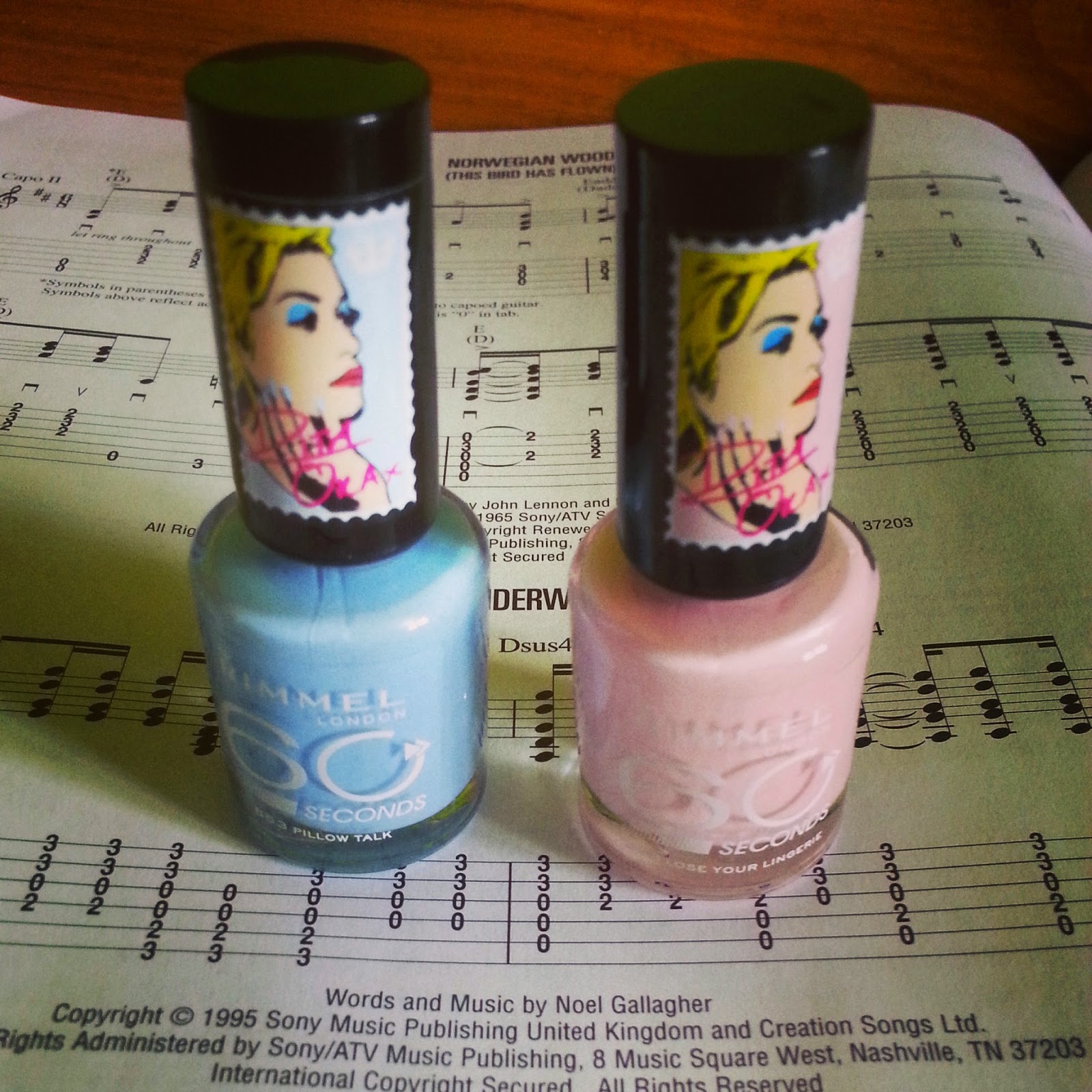 I had to overlook my dislike of Rita Ora to buy it, but I think it's totally worth it! The longevity is surprisingly long, and it's just a gorgeous, muted pink. 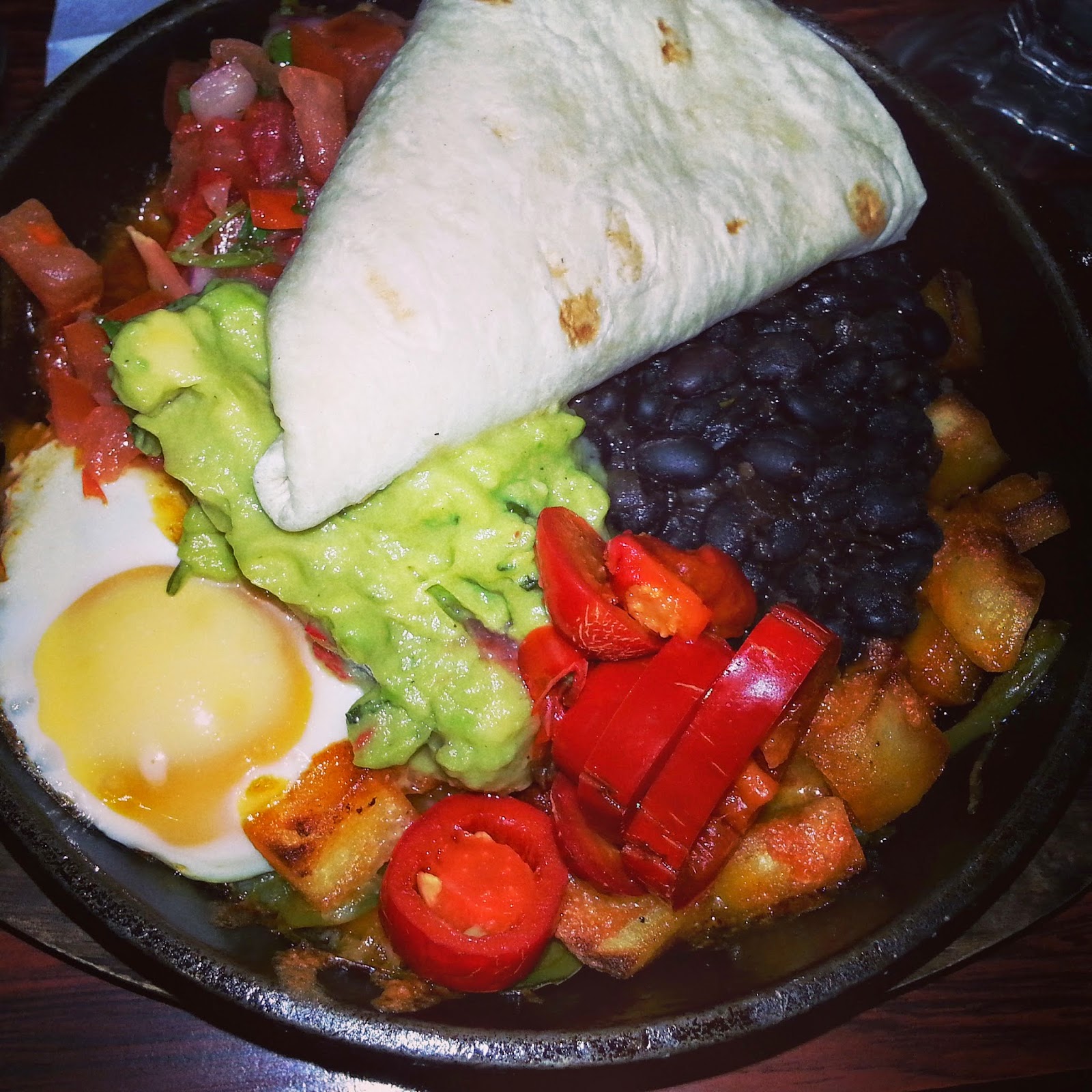 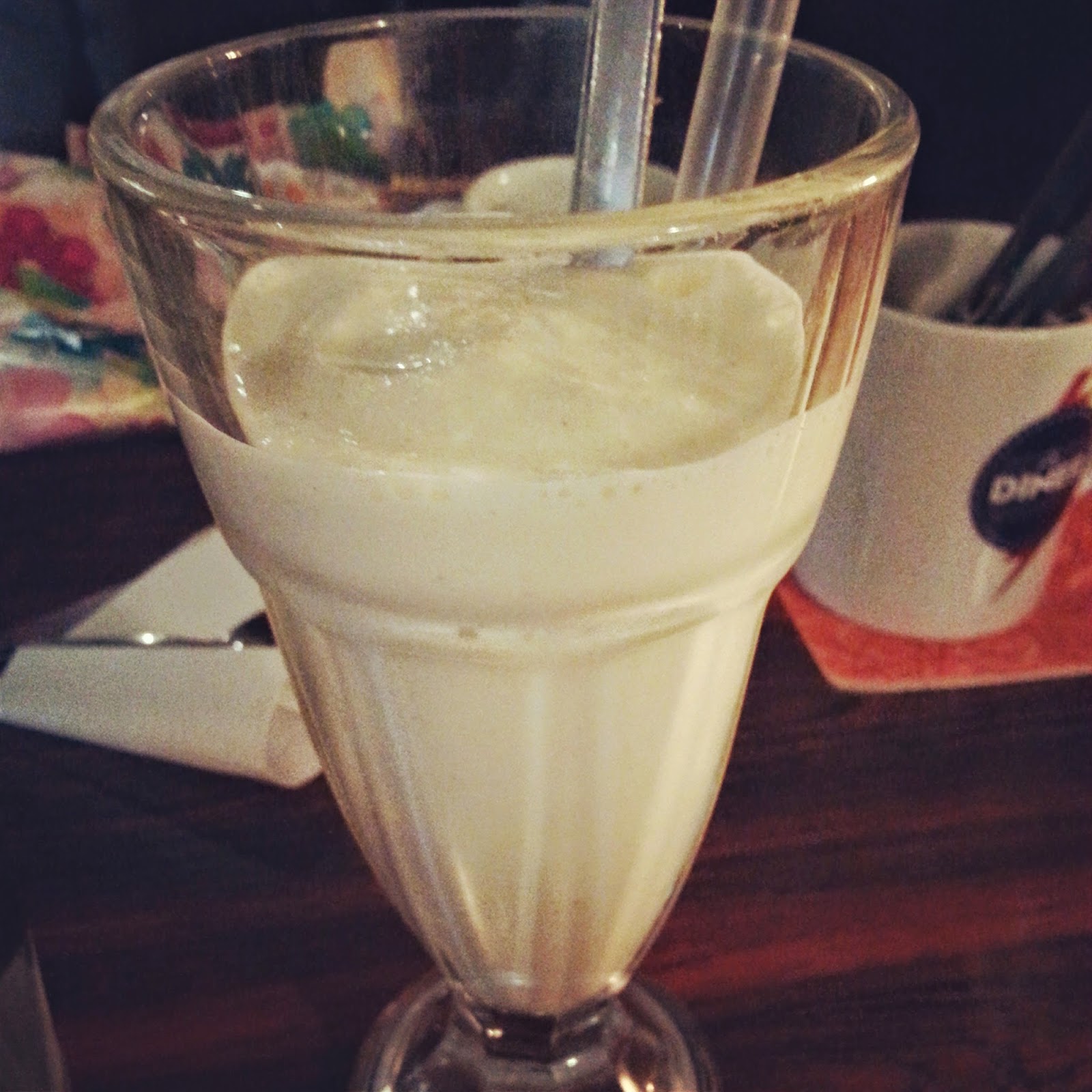 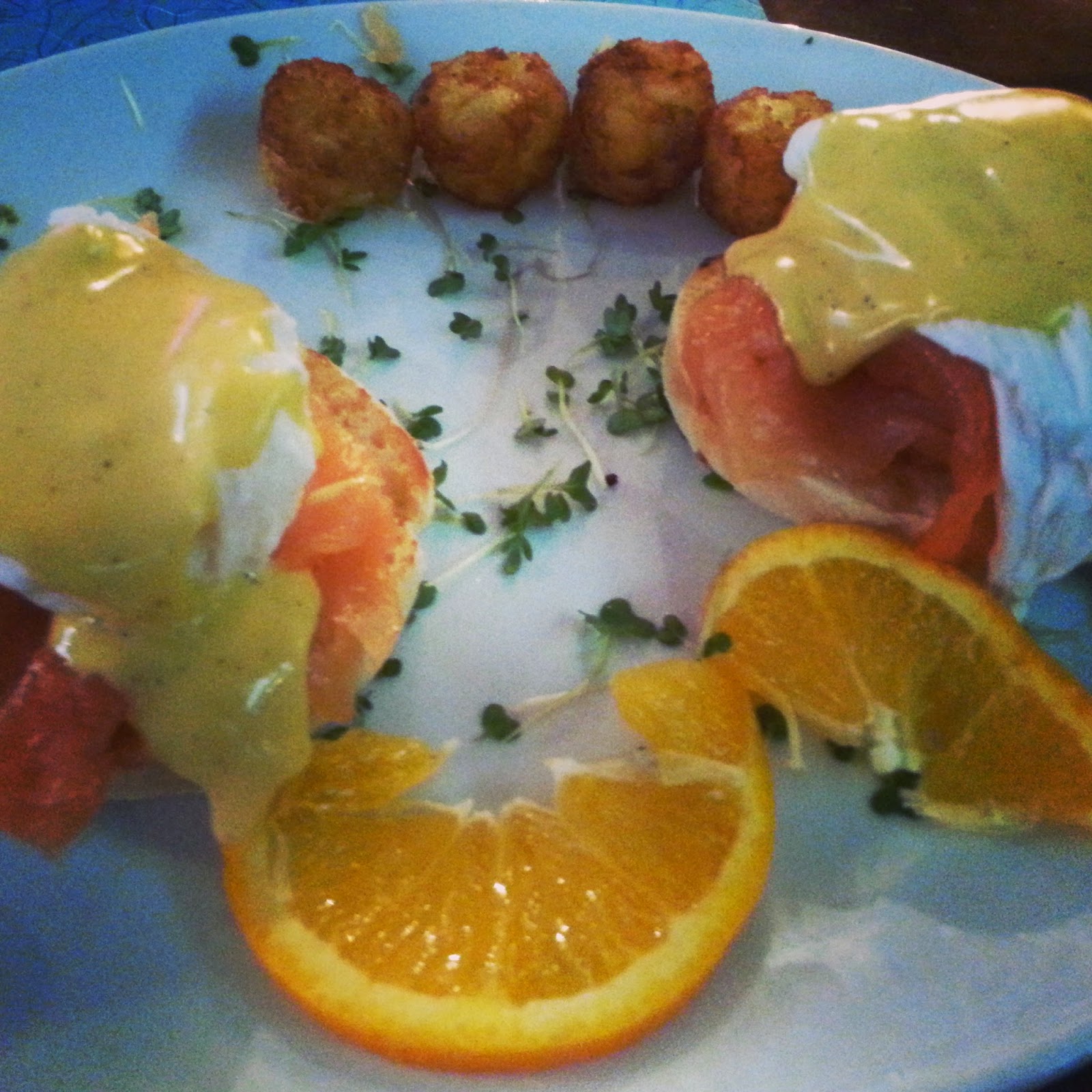 Now that I have Tastecard, I have my pick of restaurants at which I can eat at for a decent price, so thought I’d christen my darling Tastecard at Joe’s Southern Kitchen & Bar. 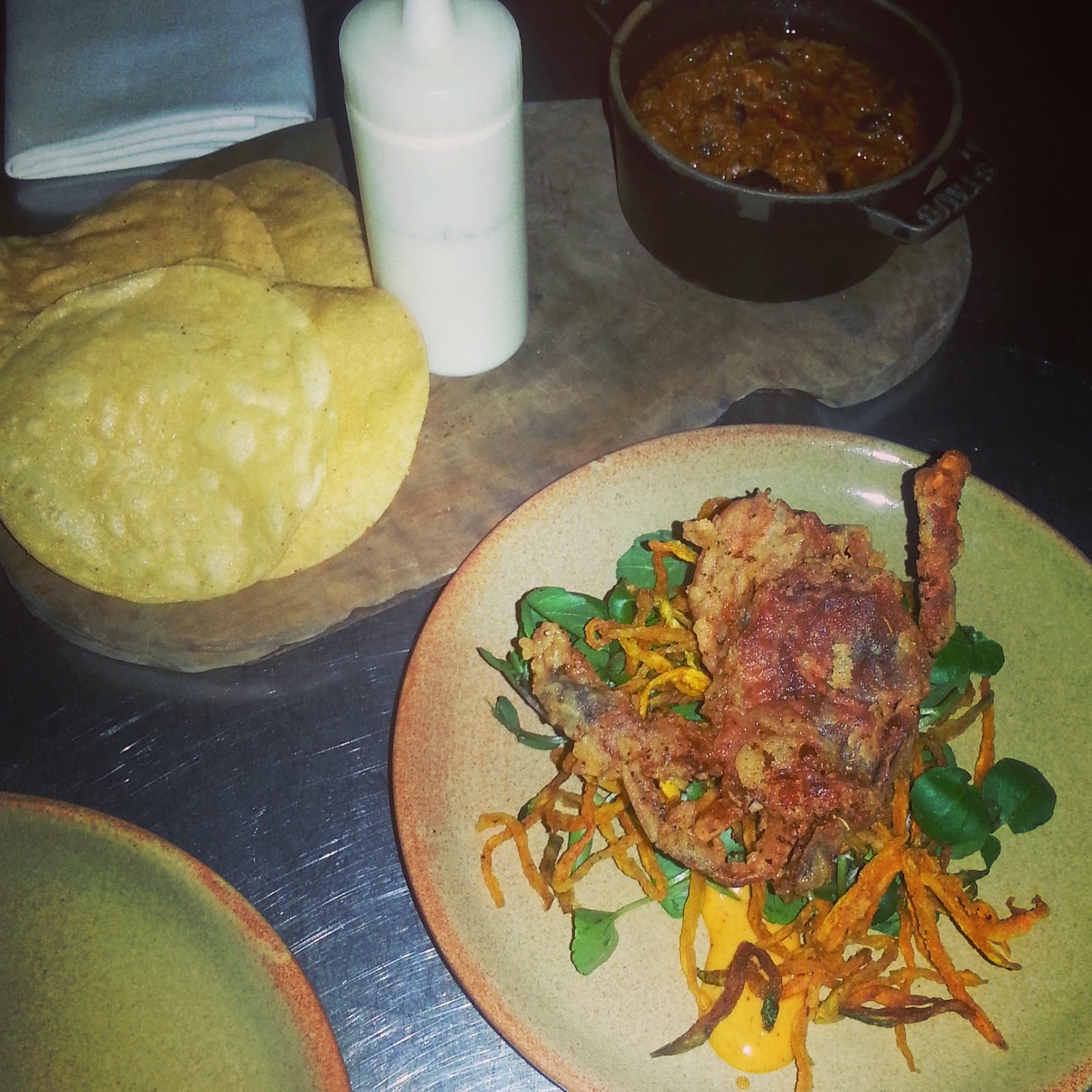 Very generously sized in an old warehouse-style building and boasting some mouth-watering dishes, it brings the spirit of the Deep South into central London. The soft shell crab starters were delicious, and converted a crab-phobiac like me, although the chilli cup and taco starter was somewhat mediocre, and definitely was riding more on the 'fun' quotient of making your own tacos than on its nutritional or taste value.

The main menu boasted dishes that ranged from the straightforward (southern chicken, etc) to things that sounded altogether more exotic, or just curious. For example, Joe’s Prison Plate was presented as just that - a tray like something you’d expect to see in Orange is the New Black (a show I have become addicted to, just so you know, brilliant) filled with beans, coleslaw, rice, bread, but best of all, a healthy portion of pulled pork, which was unbelievably succulent. I think it must be the sauce they cook their food in, because every meat dish I had at JSK left me wanting more. The chicken itself looks nothing special, like something you’d expect to get from KFC, but don’t judge a book by its cover, because that, too, tasted wonderful. 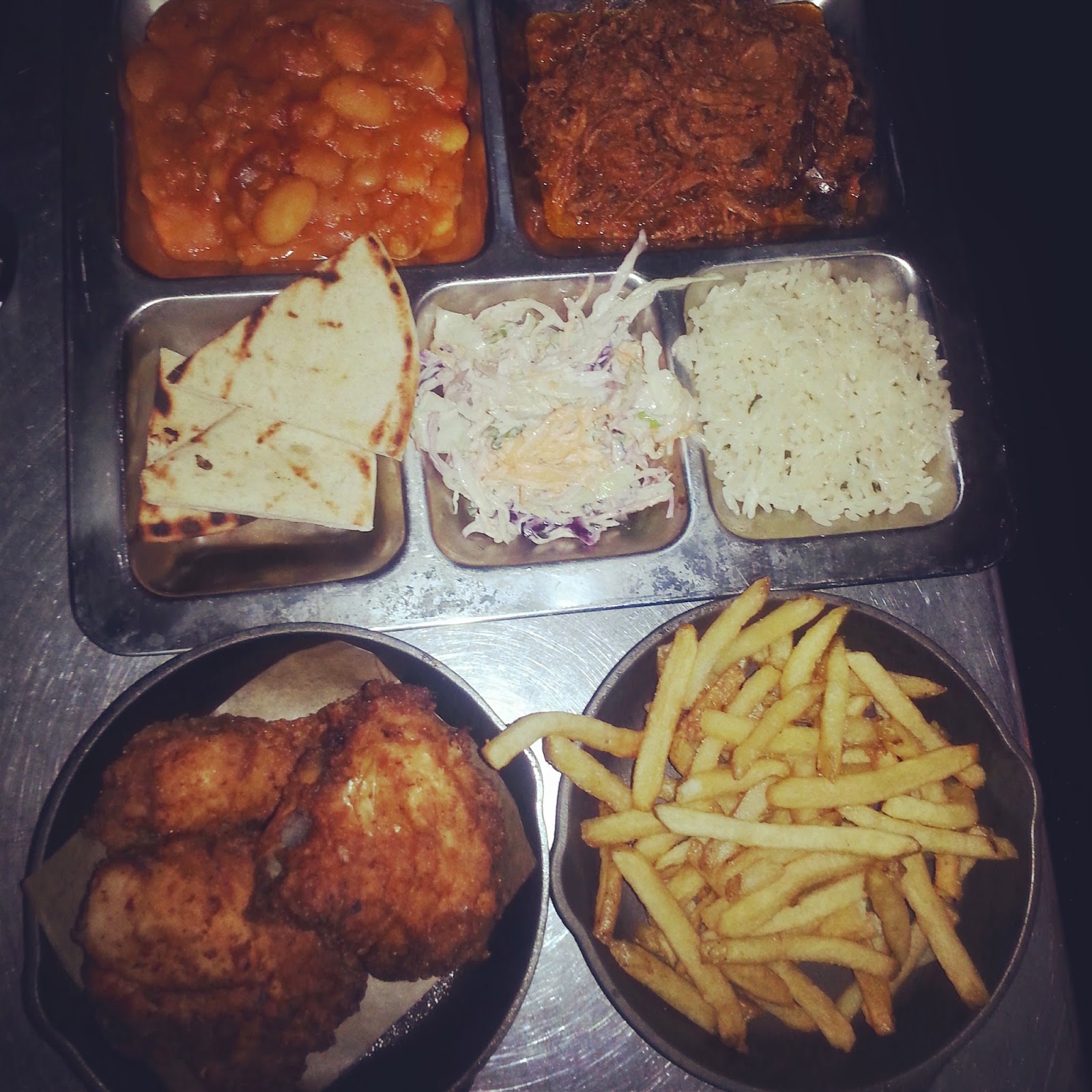 With a Tastecard, a meal here works out cheaper than a visit to Nando’s, an institution which I’ve always found disappointingly overrated. So what are you waiting for? Get down there! The restaurant itself might be shabby-chic, but the food is simply divine.

Update: March 2016
I went to Joe's Southern Kitchen just for a drink, and was just as impressed with the collections of drinks on offer as I was by the food. 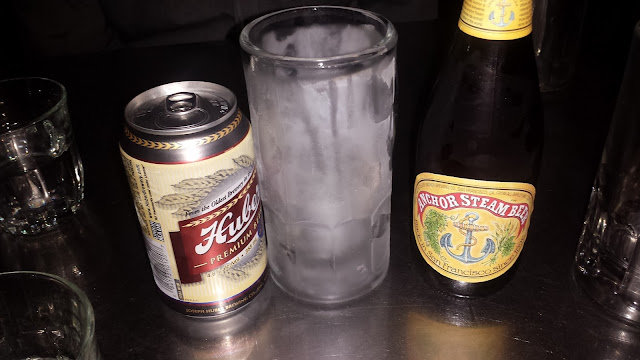 The bar staff were attentive and efficient and the American drinks were a step up from the usual pub selection. Naturally, being a restaurant, and there being a 12.5% service charge, it also works out a little more pricey than going to the pub, but if you fancy something a bit different, Joe's Southern Kitchen isn't a bad drinking hole in Covent Garden, in addition to being a delicious restaurant. 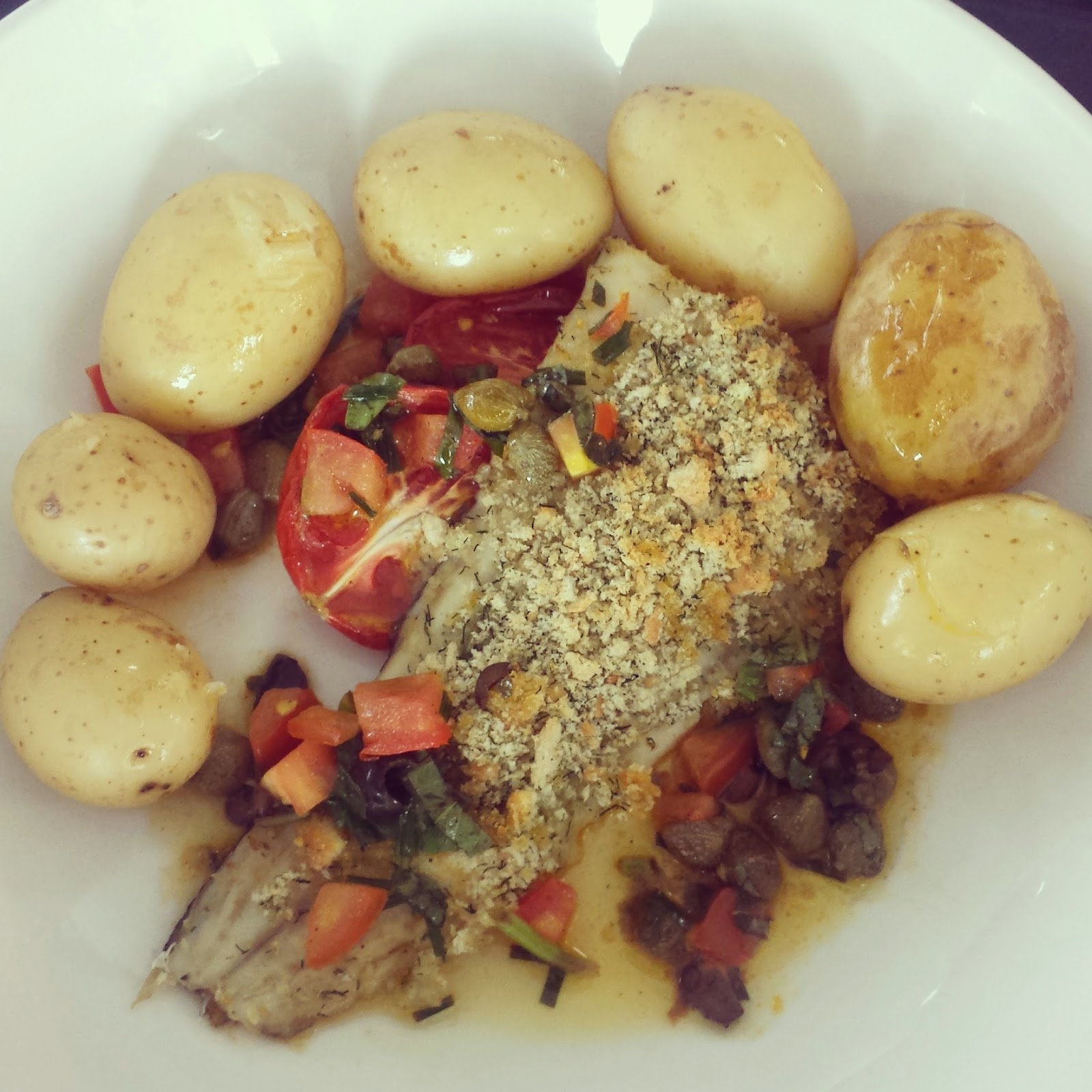 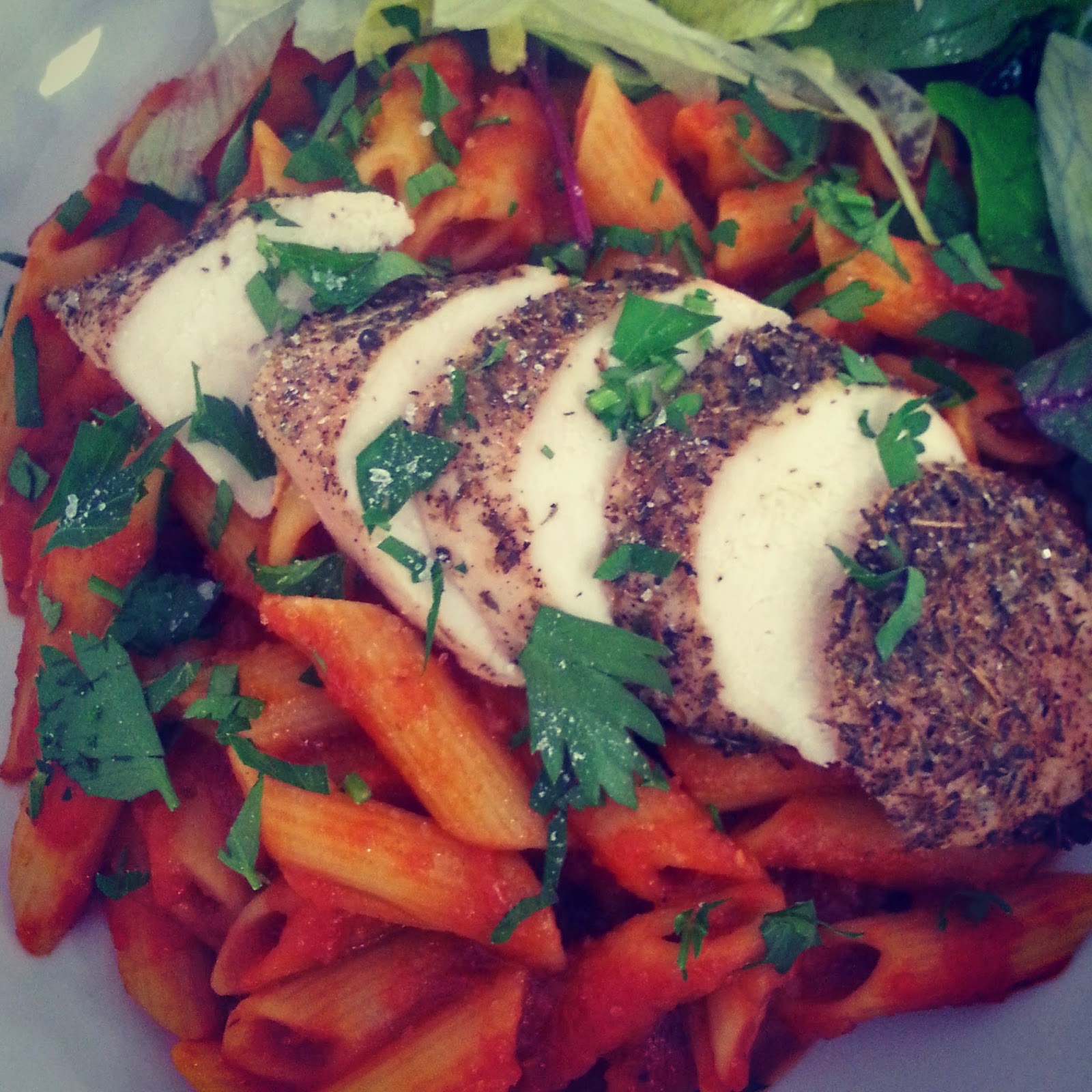 Pasta in tomato sauce and chicken. 7/10 (pasta was dreamy but chicken a little undercooked). £3.30 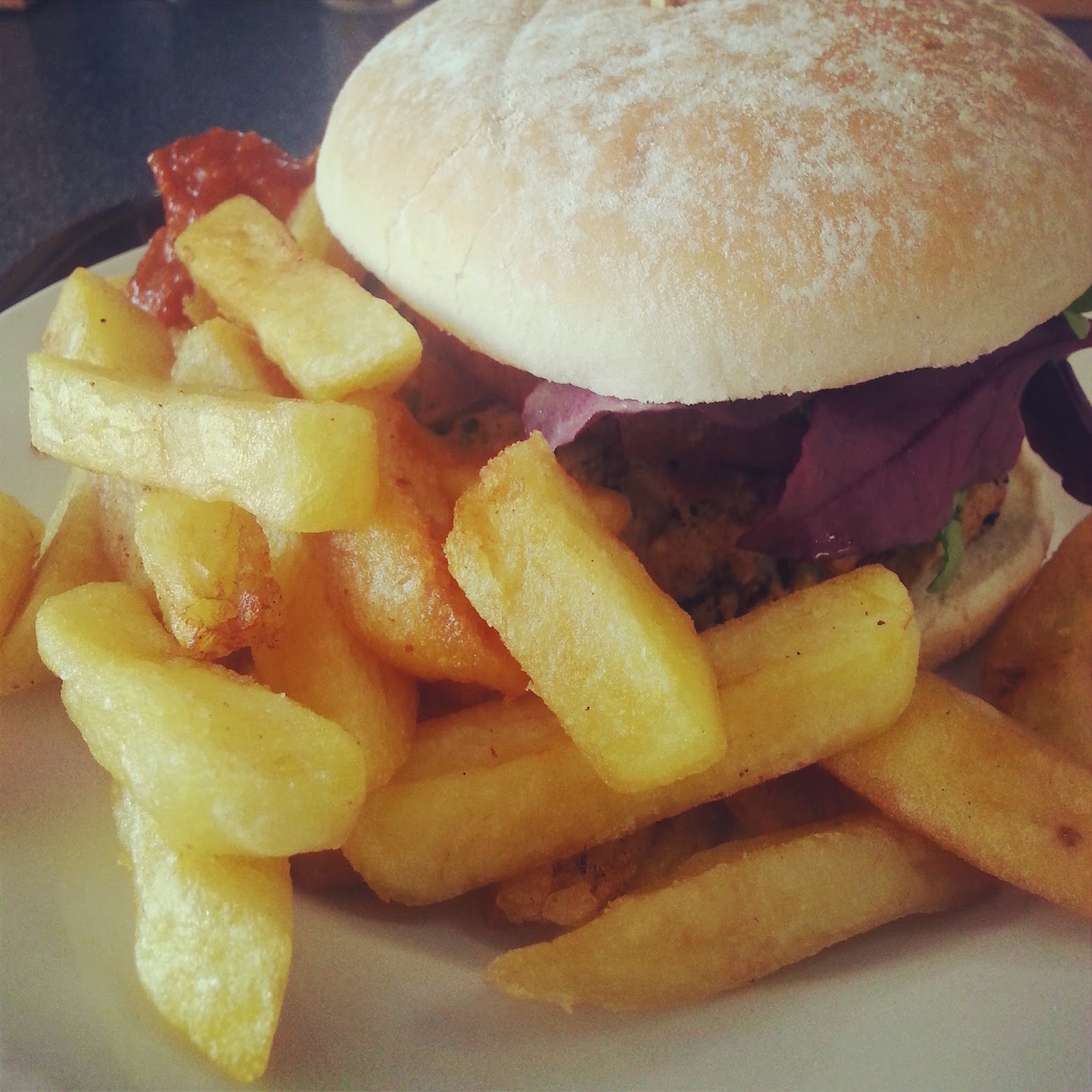 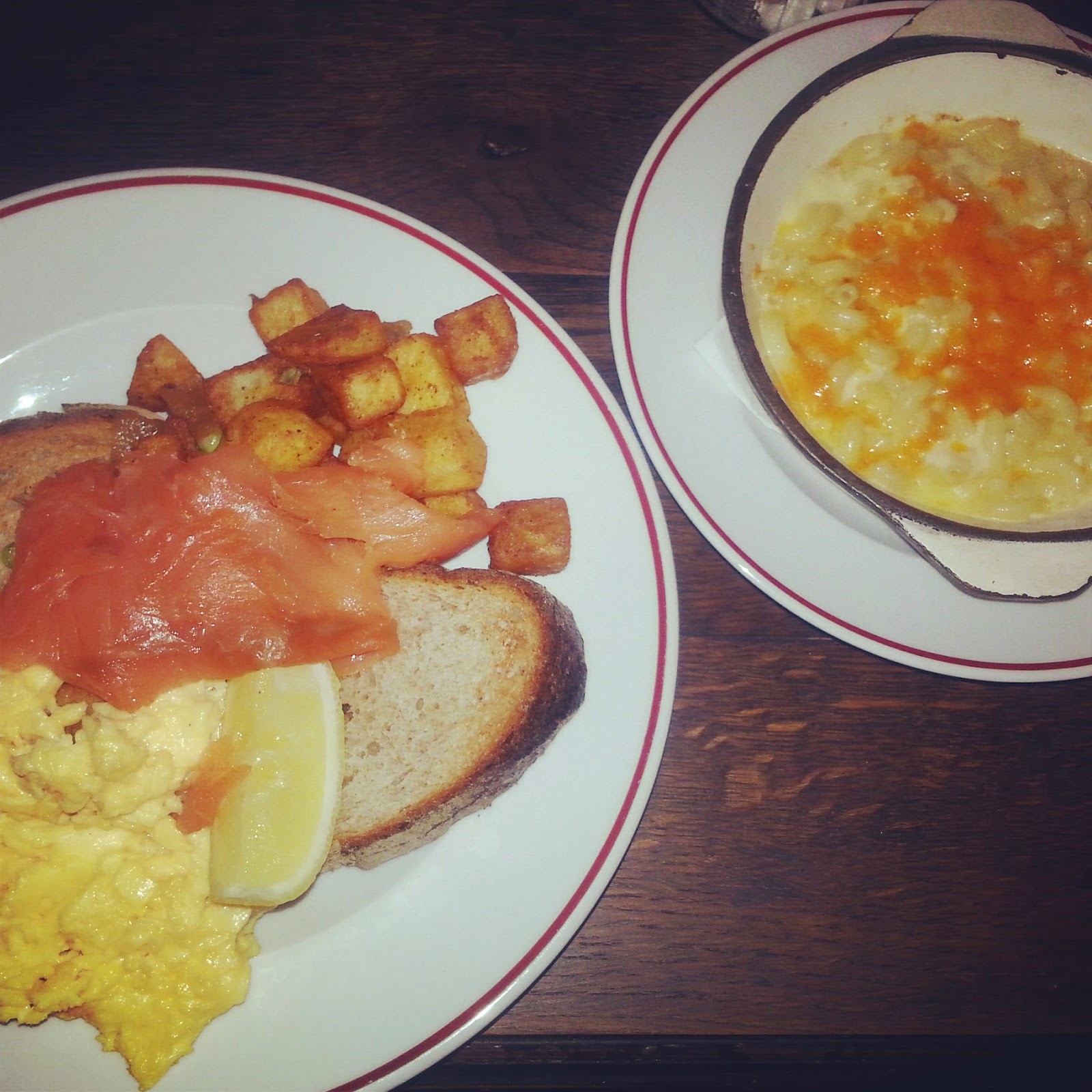 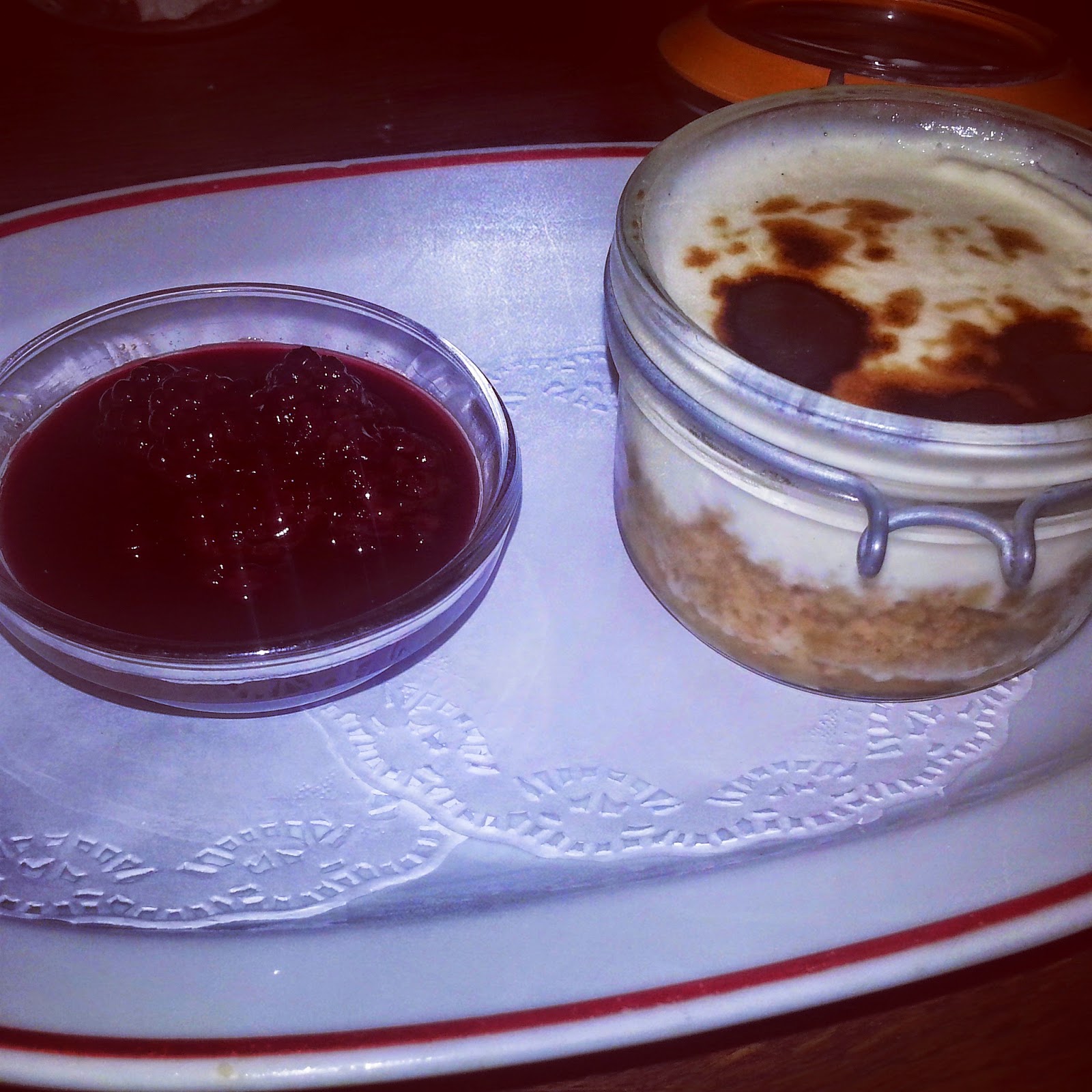 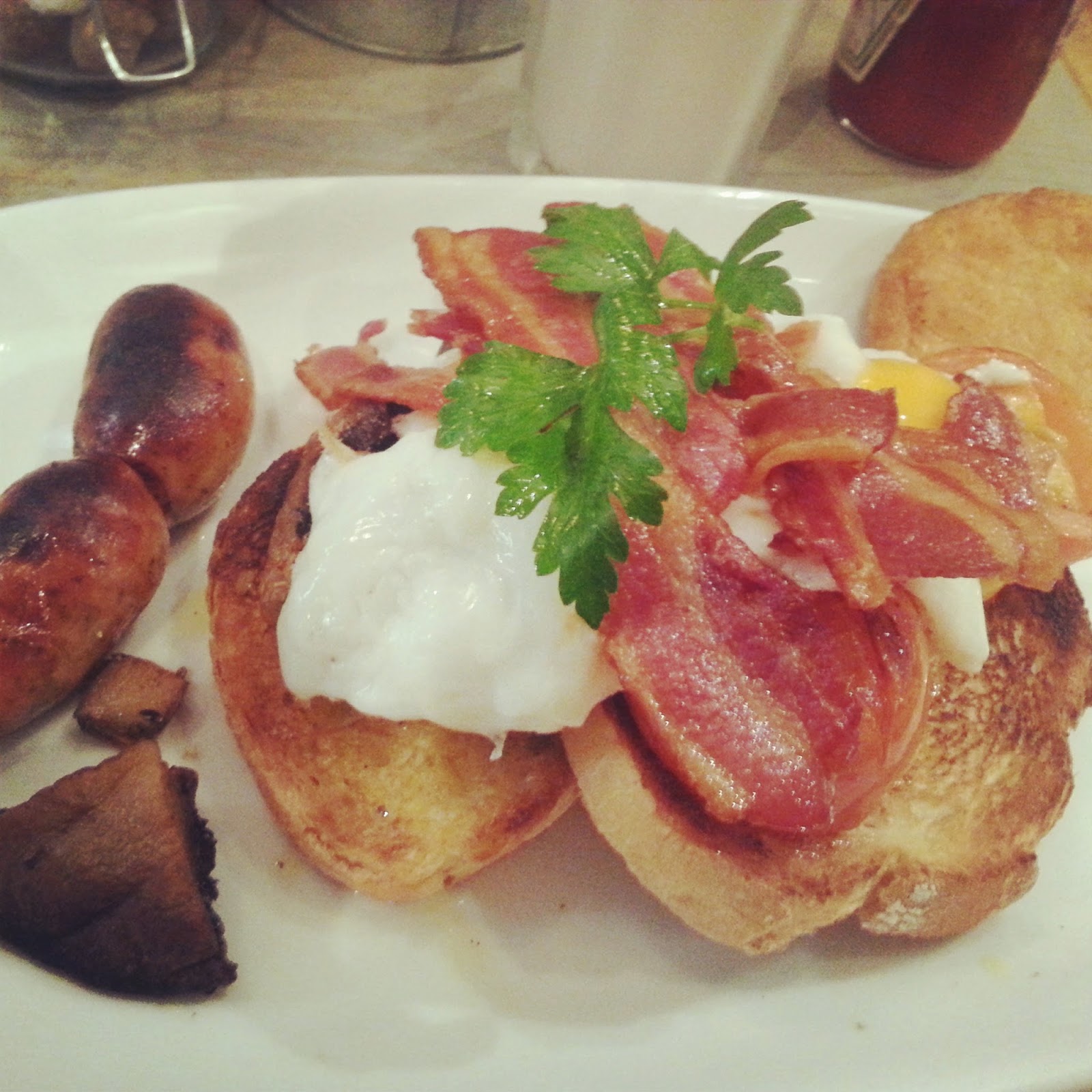 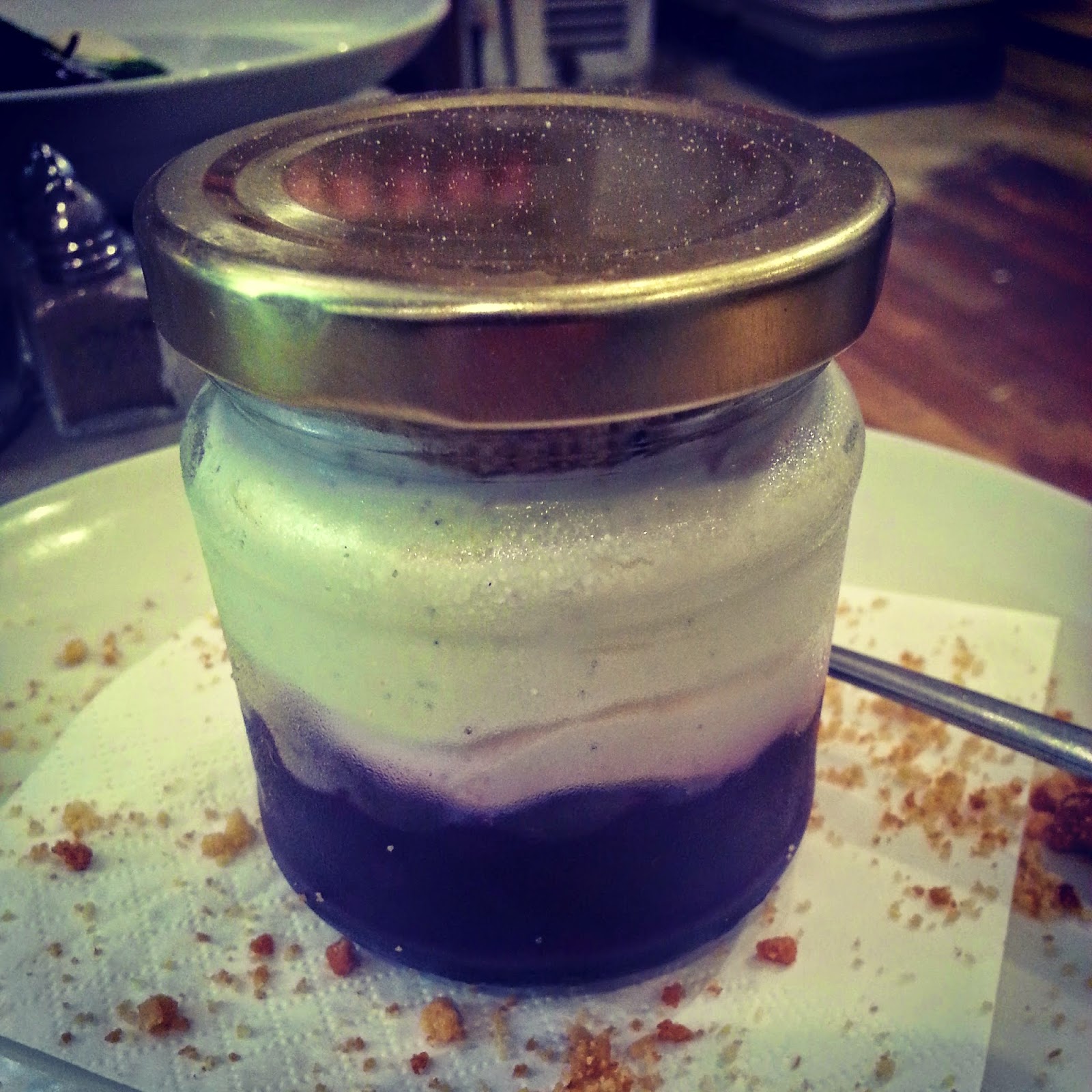