Eat Tokyo is my favourite Japanese restaurant in London. Their dishes are marvellous, so reasonably priced, and their meals are both flavourful and healthy. Because of this, I've dined there over ten times, and it's become my go-to Japanese place when I don't feel like researching other places.

Concerned that Eat Tokyo was becoming my favourite due to my own laziness and inertia, I decided to scope out its competition. As part of my job, I have tutorials for professional actuarial qualifications in Kings Cross, and I saw that Mai Sushi, which has a very salubrious TripAdvisor rank of being a top 1,300 restaurant in over 19,000 in London, was located in the vicinity of where my classes were. Thus, I decided it would be rude not to go there for lunch one day.

To start, I had veggie tempura. It was nice, but for £6.50, the structural integrity of it could have been more precise, robust (John Wick Chapter 2 reference, ehehe). You get roughly the same quantity of food for the same price at Eat Tokyo, and the one at Eat Tokyo is much more satisfying.

There were a few sushi boats on the menu at Mai Sushi. On one of my countless revisits to Eat Tokyo, I had actually tried a boat once, pictured in the centre below: 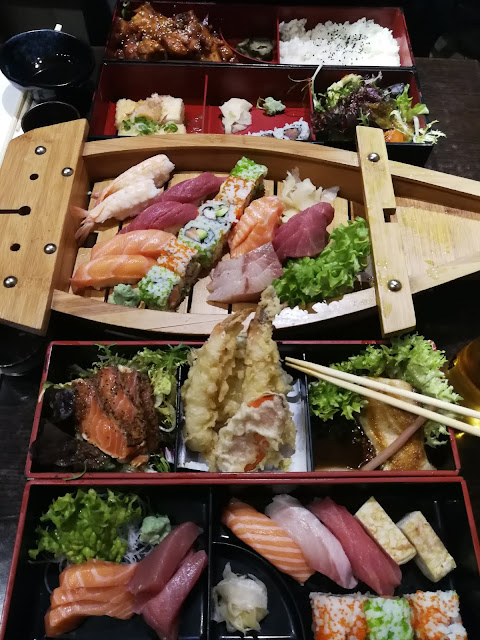 There's something about a whole lot of sushi, all laid out together, that I just can't resist, and the quality of the salmon at Eat Tokyo is unparalleled. 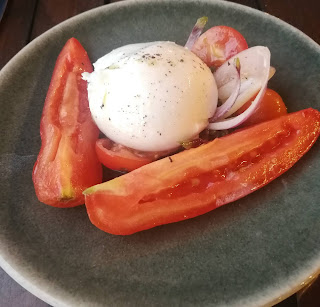 Situated by the riverside are a range of restaurants, which entice traveling commuters in with their fragrant smells and sought-after location. I try to avoid falling into the trap of dining at a place just because it happens to be in the right place at the right time when I'm hungry, but one day last Summer, I gave in. Such were the options available, I thought Cantina del Ponte looked like the best best of the restaurants on offer, and thus, gave it my custom.