Even though I turned 25 over two months ago, and thus am now no stranger to watching 18-rated movies in the cinema, for me, it’s something which the novelty of doing doesn’t seem to wear off. Perhaps it evokes nostalgia-filled memories of the first 18-rated film I sneaked into – Martin Scorsese’s The Departed, when I was 16 (under the guise of wanting to watch The Devil Wears Prada, no less), perhaps it’s the feeling of #sophistication it imbues me with, and perhaps it’s the enjoyment of sharing a cinema-going experience with fellow fans without having to deal with bratty teenagers taking Snapchats of the screen throughout the film, but for this seasoned movie geek, watching an 18-rated film at the cinema is something that still makes me feel giddy.

Eli Roth’s Knock Knock is rated 18 for ‘strong sustained and sadistic threat, sex, sex references, nudity’, which is as pithy a summary of the plot as you’re likely to find. Keanu Reeves is Evan Webber, a happily married family man with the quintessential Hollywood family (blonde wife, a son, a daughter and a cute dog), quintessential Hollywood job (high-flying architect who’s CAD-skills are in high demand, meaning he can’t go to the beach with said family one weekend) and quintessential Hollywood house (an urbane bungalow just a few miles from central LA). 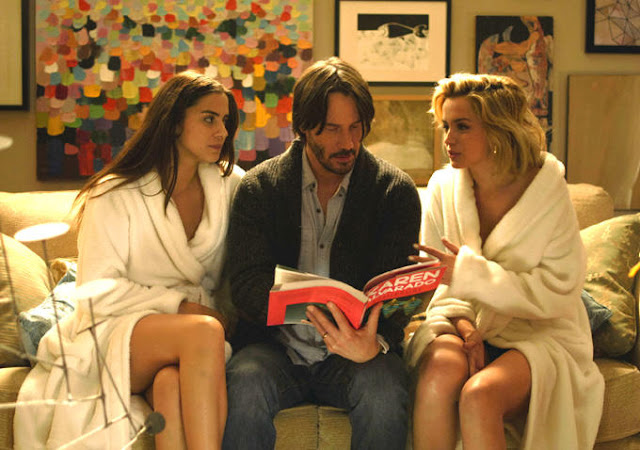 When he’s staying at home said weekend, hard at work, he gets a knock on the door. Standing in the pouring rain are two attractive young women, one flaxen, one brunette. They claim to be lost finding a house party they’re meant to attend, and could they dry themselves off whilst he gets an Uber. However, their salacious discussions, casual bending over and stroking of Evan hint at something much more calculated under the randy air stewardess veneer. Evan succumbs to their obvious allure and sleeps with them. And that’s when his problems take a deadly turn.

Every scene reeks with amorality and the two girls, Genesis and Bel (played by relative unknowns Lorenza Izzo and Ana de Armas) are on a level of batshit crazy that would make Gone Girl’s Amy seem like the picture of sanity. Watching them torture an affable but hapless guy for one mistake which they essentially entrapped him into, is troubling, to say the least.

But what elevates it from standard exploitation-fare is the sharp script, which balances bathos with the darkest of humour. On more than one occasion in the film, I chuckled (whether that be from being tickled by the writing or nerves, who knows). Despite what some reviews have said about Reeves being miscast, I actually completely bought him in this role, and Izzo and Armas were psychotic in their performances, yet magnetically so.

Fish and chips watch: THE GREAT BRITISH TAKE AWAY (Ramsgate) 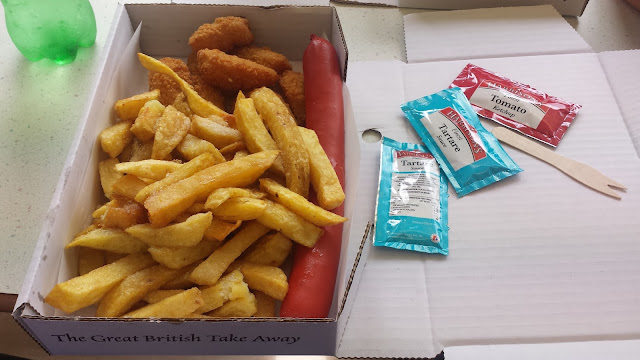