What I go to school for.

I went on an R course recently just so I could produce this rather fabulous graph, of the certificates of films I've seen, and at which cinemas, since procuring my Odeon Limitless card in July. 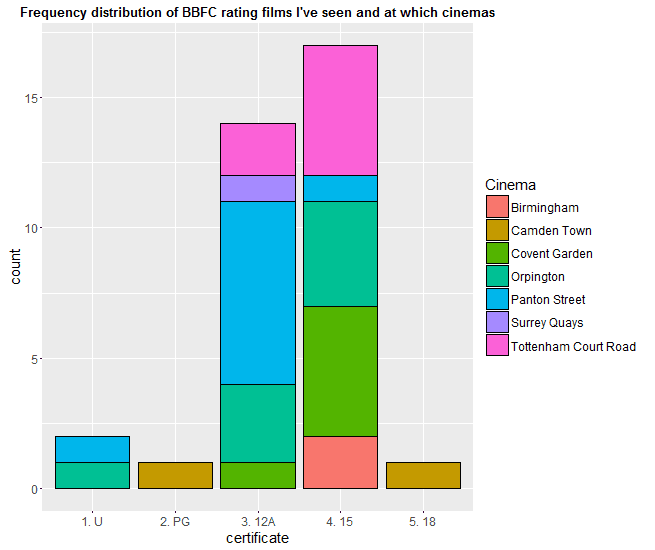 Statistics can be fun sometimes!

Level 4 of my BBFC game, by the way, is purposely very very tricky. Match the film to the film which has the identical rating and short insight as it.

(Note: the short insight of the pairs don't have to be in identical order, for example, one might say 'strong language, violence, sex' and the other 'strong language, sex, violence'. That would still count as a match. Also, because the BBFC are inconsistent with 'ands', some might have an 'and' linking the reasons and others won't). 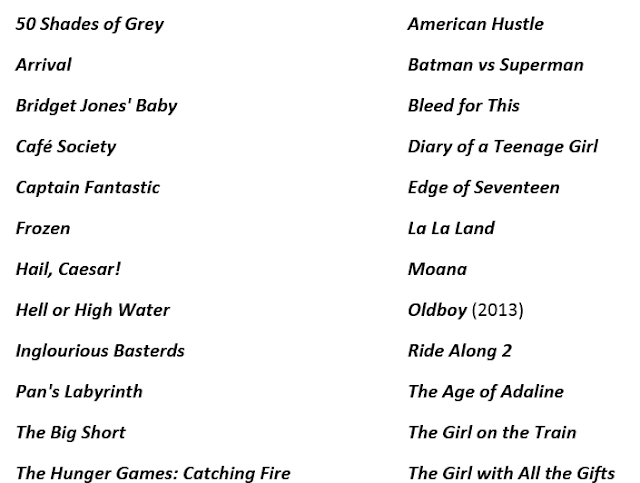 I haven't seen/read anything about some of these...gee, this is hard. And I thought I knew a ridiculous amount about the BBFC before seeing this. I'm at least confident I matched these to the right classification.

Education is the most important and powerful tool in this world. It's not about studying and only getting good marks. 1z0-1067 Study Material provides authentic IT Certification exams preparation material guaranteed to make you pass in the first attempt.

Search and go shopping at well-known and professional cartridge outlets with an online existence. Check out if the retail outlets in your neighborhood have their respective websites. best buy ink cartridges