Chelseabung lost at Manchester City today, and I am somewhat irked. To take my mind off some of the fail, I browsed about Facebook, wherein I found this splendid intrumental/electro cover of Sexy! No No No... (a song which I have been somewhat taken with in recent days) from Little Boots and Mrs. Chinaski. Check it out:

Some football photos from September which I dig.

But for a while I dropped that d-d-dirty style when I discovered that's it's sexy.

My favourite sexy GA song lyrics:
01. "you dream of touching me there” - Graffiti My Soul
02. "Quarter past two
I was dressed in red
Tied up to your bed
Begged you on my knees" - Watch Me Go
03. "Oh boy, I can't tell you how sad I feel / If tonight, is just another kink in your steel" - Something Kinda Ooh
04. All the names that you called out in bed seem to fade” - Call the Shots
05. "Oh baby baby hit the light / You gotta hit the spot" - Fix Me Up

Yup, I have indeed been somewhat obsessed with GA recently (not much else has been going on in my life apart from work and and work, though I did make time to watch the Arsenal game, to which I lol'd. Hard). ANYWAY. Yours please!
Posted by Emma at 9/19/2010 07:12:00 am 2 comments:

From top to bottom, she's a woman, sunshine. 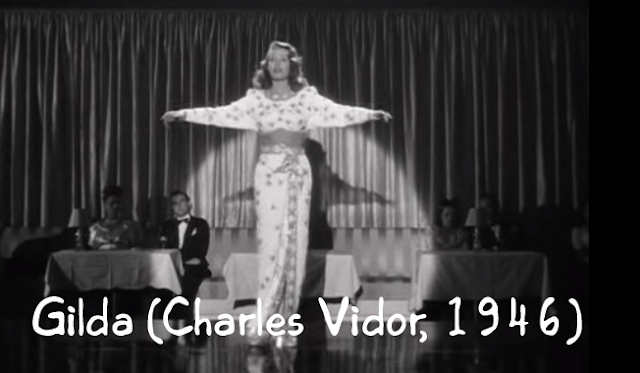 Set in Argentina, Johnny Farrell (Glenn Ford) is a young, suave hustler who drifts from place to place, with nothing but a loaded die for company. One day, amidst a mugging, he is rescued by Buenos Aires casino magnate Ballin Mundson (George Macready) and the tycoon, spotting a diamond in the rough, employs Farrell as his henchman. The two men enjoy a sucessful relationship, for along while acknowledging the only third party as Ballin's cane.

However, emotions become complicated when Ballin marries a beautiful but heartless woman, the eponymous Gilda (Rita Hayworth). Unknownst to Mundson, his loyal devotee and his new bride were once together, in a relationship that is the very definition of "tempestuous". Needless to say, that relationship did not end well, leading to both parties loathing each other, but also paving the way for one of the most wickedly entertaining three-handers in cinema.

Rita Hayworth shimmies across the stage in a wide range of figure-hugging silk dresses, her curves accentuated with shiny, bold belts. Her performance outshines ever the sparkliness of her belts, as she exudes sultry elegance in every frame. Her character is jaded, cynical and has no qualms with using and abusing any men she comes across, but one smouldering look from her and it's not hard to see why she has men going gaga for her.

Her chemistry with Glenn Ford (whom she would later bed in real life) is sizzling and their exchanges demonstrate perfectly that fine line between love, hate, and how easy it is for the two to fuse. It is this edge to Gilda and Johnny's repartee that make them such a curious couple, and their anti-hero characters so compelling. 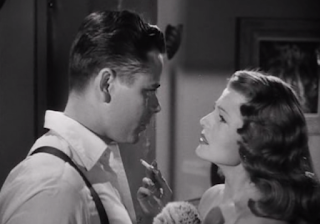 So sexy that I'm surprised certain parts were permitted by the stuffy Hayes Code of the time and featuring two very different renditions of what is now one of my favourite songs Put the Blame on Mame, Gilda is a representation of the ultimate battle of the sexes. The film has been read by some has having soft homoerotic undertones between Ford's character and Macready's, but, I read it differently.

The love Johnny Farrell feels is all for the titular character, but, such are his jealouses and insecurities, that he fooled himself into believing otherwise, that he hated her and could do without her.

When she returns into his life, with her usual arsenal of conniving games, his world is rocked again, and so begins their vicious circle.

My top 10 favourite photos with both me and my brother Tom in. Because it's Saturday and I'm not working for once.

Runners up:
Barcelona
when I was 16
ten

I'm said to look the same age as him in this one!

there's something captivating about the lighting in this one.

for the lulz. And also the look of concentration on Tom's face in feeding me the ice cream.

er, he's in his Spurs strip. Me in my Chelsea one. That's it really.
three

My brother is somewhat of a chess champion. And also, I like to look back to remind myself what I looked like before I ballooned up hugely.

I've been listening to Girls Aloud religiously recently, they being my go-to band for songs when my boyfriend pisses me off (which is just about every day). I noticed some lines really, really lingered with me, whether it be for the delivery of them, the poetry in the lyrics, or a mixture of both. Thus, this list.

Any I've missed out that you particularly love?

Nadine Coyle finally let us in on the full audio of her new single, Insatiable: