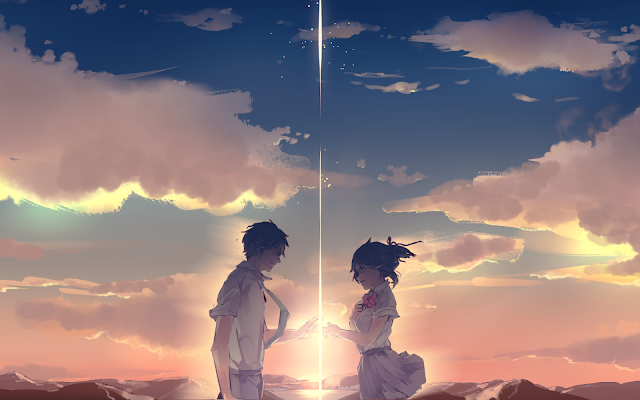 Another one of these 'times the Irish rated a film lower than the BBFC did' posts (on average when the two awards bodies disagree, the IFCO tend to rate higher).

Your Name, which has a cracking trailer and almost universal acclaim from everyone who's seen it, is bizarrely getting a very limited release in the UK. I have my ticket to see it on the 24th November, but had to settle for a slightly out-of-my-way Odeon venue, as all the central London ones were all booked up. Hopefully it will be worth it tho; I bloody love me some Anime.

Needless to say, I read the BBFC long insight as preparation for the film. That's a bit of a gamble as the long insights are laden with spoilers, but there you go. It's rated 12A over here for 'moderate language, sex references', in a classic case of a BBFC misnomer.

The plot revolves around a small town girl living in a lonely world and a city boy exchanging bodies, Freaky Friday-style. From the report, it sounds like the main reason the film's a 12A is because the boy, in discovering he's in the body of a woman, touches his boobs.

Bit harsh to rate a film a 12A for that, given that would be a pretty natural response! I also don't think lingering on a girls' chest counts as a 'moderate sex reference', either, so major inaccuracy in its short insight, there.

Glad to see that the Irish saw sense, and gave the film the PG it (sounds like it) deserves. Note how they also accurately classed the focus on a girls' chest as 'suggestive scenes'. That is pretty much all it is, not a sex reference. No need to make it sound seedier than it is. 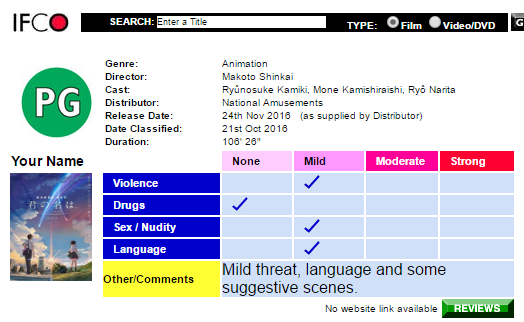 Why are the BBFC so affronted by a bit of cleavage???