Had my caricature drawn this evening, which I found amusing: 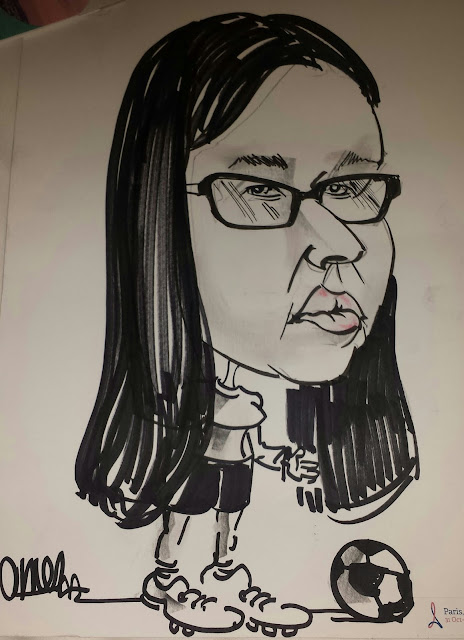 A caricature. Like Jennifer Lawrence's unbearable performance in American Hustle. 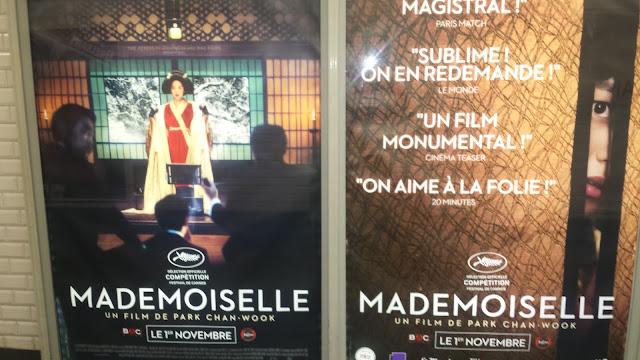 The French get Park Chan-Wook's Handmaiden, my most anticipated movie of 2016, three months before the British do! No fair.

By the way, I like that France has stayed true to the literal meaning of the film's title, Agassi in their translation, rather than giving a slightly more specific meaning to the title, as we've done.

And finally, a side-by-side of the The Accountant poster in the metro in Paris and the underground in London: 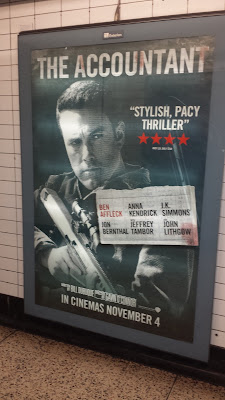 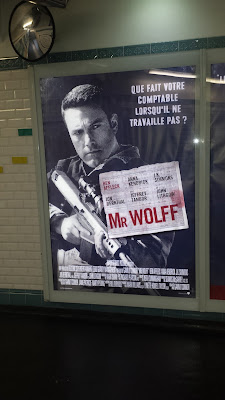 Strange how despite staying true to Agassi's title, they decided to re-brand The Accountant with a new title of their own!