This post is in conjunction with Pop Culture Reverie's Back to School blogathon. Head on over there to check out other fabulous posts about movies set in schools! 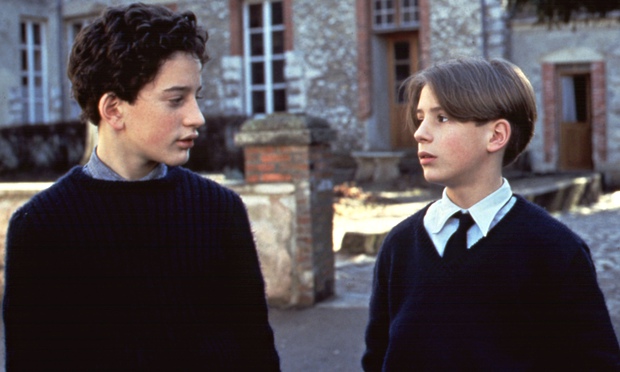 Au revoir les enfants, a semi-autobiographical film by Louis Malle, tells the story of the tentative friendship that forms between Julien Quentin (Gaspard Manesse) and Jean Bonnet (Raphael Fejtö), a new, enigmatic boy who joins the Catholic boarding school at which Julien stays.

Julien suspects that Jean is harbouring a secret of some kind, and as the plot transpires, it turns out that Jean is Jewish, and he and two others are given covert asylum from the Nazis by Père Jean, the kind headmaster of the school. The time period being the Second World War, when France is occupied by Nazis, Jean’s secret hangs over their friendship, and the film.

Malle’s movie dextrously examines the nature of French guilt with regards to their collusion with the Germans during the War, recognising that for many, it was an act of survival. Despite the fact that German soldiers all the inhabitants of the town, a resentment and dislike of the Nazi regime is definitely brewing.  In one scene, a Jewish diner at a restaurant is threatened with ejection by the Nazi soldiers, but it is the Nazi soldiers who are chased out of the restaurant by other diners, sick of their fascism and anti-Semitism.

Having witnessed some the events depicted film firsthand, Malle understands the conflicting duality of the French people in terms of doing what is right, and what won’t get them into trouble. To quote Edmund Burke, 'The only thing necessary for the triumph of evil is for good men to do nothing' and Malle captures this essence in the faces and actions of French citizens in the film who want to protect the Jews, yet at the same time, view self-preservation as the most important item, and thus, did not stand up to the Nazis.

The film follows Julien and Jean as their bond strengthens amidst this historical backdrop. Jean, a smart, quiet lad who’s adept at mathematics and the piano, helps Julien improve his playing. Another scene in the film that lingers with me is when the two boys duet together; it’s a joy to see the smiles on their faces as they do so, and the way something as simple as music can bring people together and provide momentary displacement for life-threatening concerns on Jean's part, is profound and affecting. 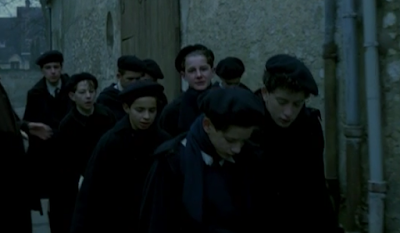 The chemistry between Manesse and Fejtö, two untrained young actors, is organic and lovely. The transitioning of their relationship: from the start, where Julien envies Jean’s academic prowess and thus feels slight hostility towards him, towards their friendship slowly blooming and Jean letting him in on his secret, every step feels real. You’re rooting for these two boys to stay friends and for Jean to stay safe, even if, historical evidence points to the opposite occurring.

The last scene in the film, where the movie’s title is spoken, is heart-wrenchingly sad, more so because it is directed in such a matter-of-fact, unfussy style. World War II did happen, and atrocities were committed against the Jews. By not sensationalising events and honing in on how it affected one impressionable young boy, we view the story through Julien’s prism, and it is no less harrowing. The look in Julien’s eyes in the last shot still lingers with me; he says nothing, but a picture says a thousand words.

French cinema captures the essence of adolescence in a manner that really speaks to me. Blue is the Warmest Colour was one of the most honest depictions of sexual awakening and the rollercoaster of experiencing your first love, and Les 400 coups, my fourth favourite film, excellently depicted what it's like to feel misunderstood.

Au revoir les enfants is another fine addition to this list. Through subtly made and lovingly-crafted scenes, it is one of the most powerful films about friendship between kids I've seen, and an unforgettable reminder that even in the darkest of times, something beautiful can be formed.

Did you know that you can shorten your urls with Shortest and earn cash for every visit to your short urls.