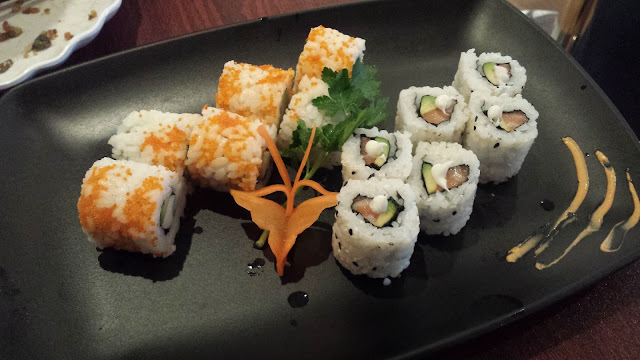 I went to Koi Sushi & Noodle Bar last year on a Groupon deal, which entitles the bearer to 306pieces of sushi. Truth be told, it wasn't the best deal Groupon have sold me.

The decor in the place is terrible: faded tables that are so rickety, I wouldn't be surprised if they were lifted from a garbage disposal. The toilets smelt extremely bad; one suspects that they're washed once a week, if that.

The restaurant is short-staffed and the waiters are rude and inattentive. You're supposed to get unlimited green tea with the Groupon offer, but we only got two refills, because each time I raised my hand to try and get the waiters attention, he either pretended not to see me, or told me curtly 'later'. 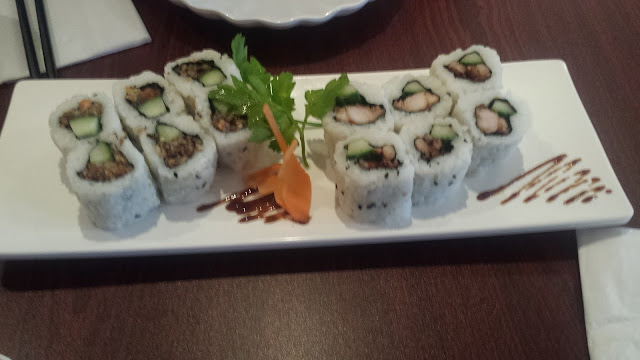 The food was horrifically basic. As you can see in the photos, the sushi rolls were wrapped in plain rice, and the ingredients used for the meat or vegetables inside it tasted strange, like they were past their sell by date, but the chefs would try and hide it by dousing it in sauce. Maaaaate. Your punters have tastebuds. We won't be fooled that easily. Lastly, the rolls were tiny in size, and 18 measly pieces per person did not suffice for dinner. 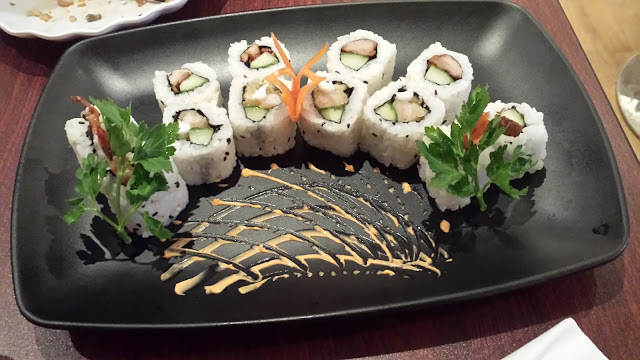 Even the attempts to make the food look aesthetically pleasing were half assed: the picture above indicates the chef had tried to dress it up with some sauce, but then decided the punter, who had only come in with a deal they bought on the internet, after all, didn't merit such decoration to their plate.

Verily I say, don't be tricked by the £14.80 Groupon deal. Do you tastebuds a favour and just go buy a large box from Itsu or Wasabi, where the ingredients they use at least aren't bottom of the barrel. Your body will thank you.