Bacco is an extremely classy Italian restaurant that’s somewhat hidden in Holborn. One can’t help thinking that it would have the volume of clients it merits if it were located in trendy Shoreditch or Soho instead, but the fact that it wasn’t jam packed meant that people who visited benefited from almost exclusive service, something that would be unheard of in the better known London districts.

It’s worth hunting the location of Bacco out because the restaurant and wine bar, like Jonah Hill’s acting skills, is remarkably versatile: it can be visited for a romantic dinner, yet also represents a great avenue for a boozy night out with friends. 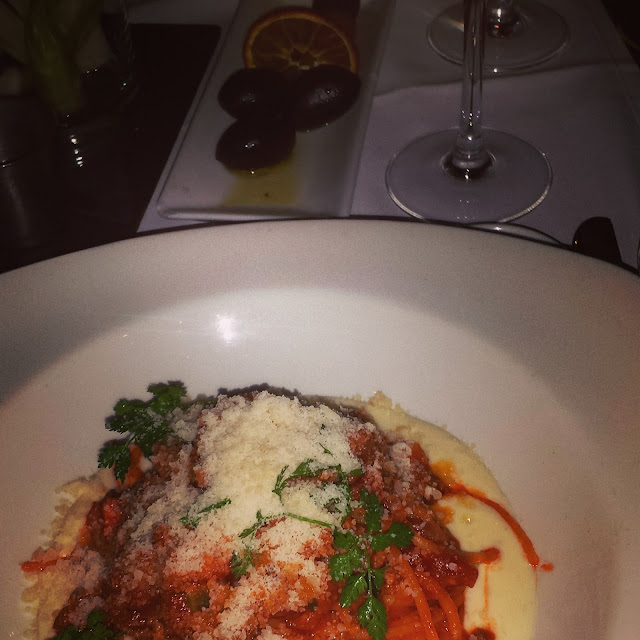 I had spaghetti bolognese and I’m genuinely not hyperbolising when I’m saying it was the best spag bol I’ve ever had! It put every other spag bol I’ve ever had to shame, especially the dross I had the misfortune of being served at Theo Randall, which, even though occurred five years ago, was so overpriced and disgusting that it’s etched into my memory.

At a lot of restaurants in London you either get quality or quantity with your dishes and not both. Sadly it's just an artefact of visiting London restaurants; these places ride on their location. But my main here, pictured above, had both; diners are treated to a hearty amount of delicious cooking. The way the beef, chilli, cheese and spaghetti intertwined was heavenly, and whatever herbs the chefs used,  they really bought out the flavour of the meal. 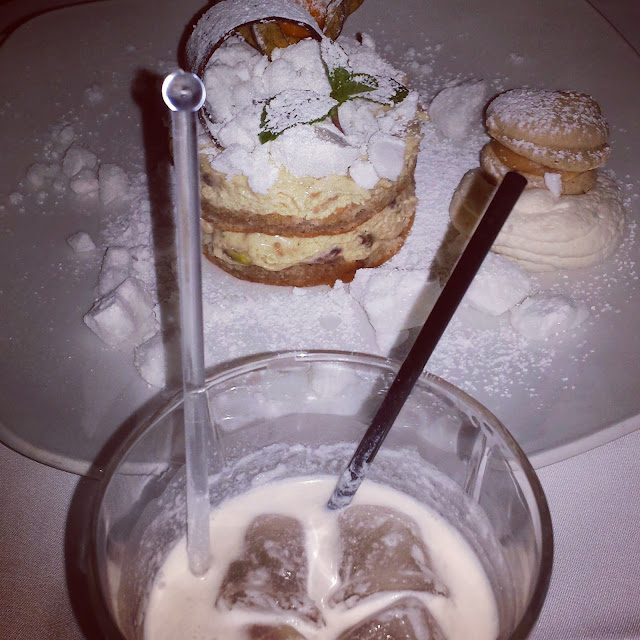 The dessert was also fabulous, a tiramisu with a macaroon on the side. The macaroon wasn’t just there to look pretty, it tasted amazing, and gave the dessert an extra dimension. I loved that the tiramisu was intricately homemade, light-years ahead of the out-of-the-box crap Ravello tried to con punters with. Hilariously, both are about the same price.

A white Russian washed my dinner down sumptuously, indicating that there is nothing Bacco does wrong.

The service from Bacco was efficient and the waiters were attentive, topping up my tap water as soon as the level fell slightly below the middle of the glass.

I have nothing but praise for this exceptional restaurant. It’s a tiny bit more than I usually pay for a dinner, but it’s definitely value for money. Check it out.