In case you thought I was done talking crap about the BBFC and Jonah Hill with my blog post on Saturday, you were quite mistaken, thank you very much.

Having the BBFC app installed on my phone means I can eat up commutes by entering my favourite film stars’ names into the search box and pedantically spot things that are amiss, such as: 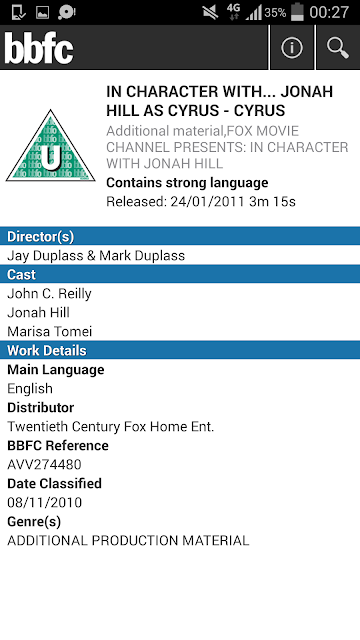 I've never seen a U-rated film with strong language, just saying. Or just being a pedantic cnut. (It's not an 18-rated use of the c-word if you call yourself it).

A few other screenshots from the app I have sitting around on my phone feature short insight that was, for one reason or another, quite eye-watering: 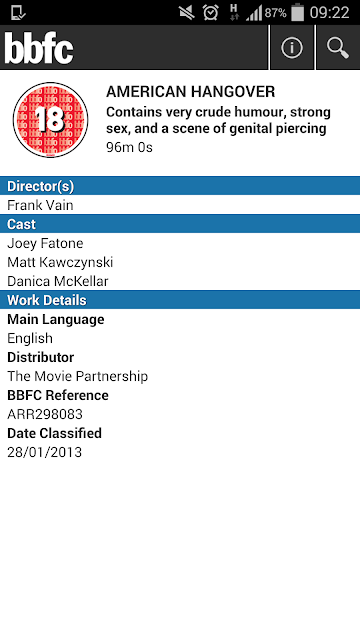 Not everyday you see that in a line of insight! 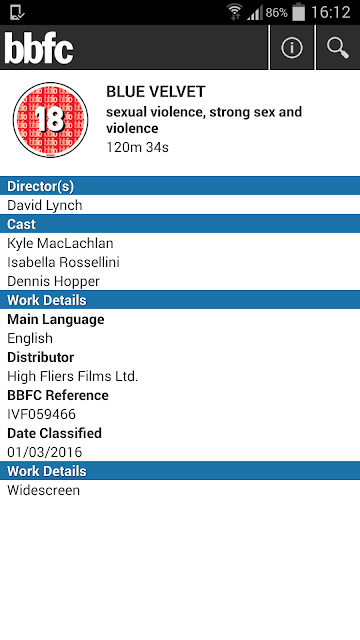 The insight for Blue Velvet, which turns 30 this year, is a curious artefact because it shows how crucial it is to include an 'and' between the 'sex' and 'violence', else you'll get the first classification issue, something else altogether: sexual violence.

What's interesting about Blue Velvet's 18 certificate is that practically all the 18-rated content is due to Dennis Hopper's nightmarishly scary Frank Booth. He pillages, mutilates, rapes, and also, is the only character in the film to utter the f-word. And he says it a lot, especially when someone asks for an alcoholic beverage he doesn't agree with. (Spoiler alert: he's not a fan of this drink).

Although I despise this pretentious film, (it's in my bottom 10 of all-time), I think Hopper was absolutely magnificent as Frank Booth, giving an iconic performance as one of the most memorable movie villains of all time.

I mean, you can see why I identify with him: one's a foul-mouthed, perverted psychopath.

The other's a figment of David Lynch's imagination. 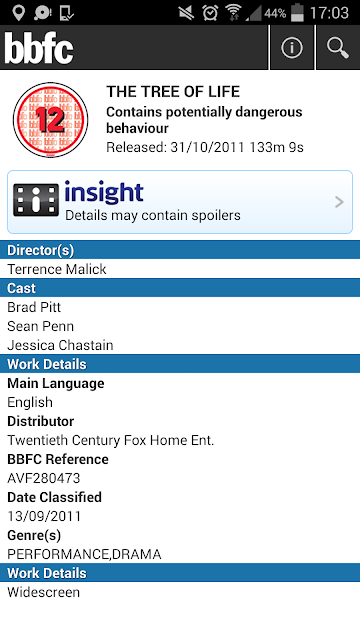 Continuing with BBFC short insights of films in my bottom 10 of all time; this Bible-bashing movie be my second most despised film ever, second only to American Hustle.

It was bloated and boring A F, and the BBFC aren't wrong with their short insight. It certainly does contain potentially dangerous behaviour: you could potentially fall asleep from boredom and never wake up as a result of watching this snorefest. 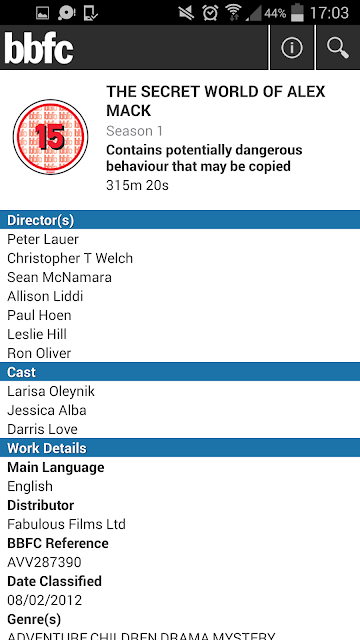 On the topic of 'potentially dangerous behaviour' as a classification issue, The Secret World of Alex Mack, which is a kid's show, getting a 15 might seem odd, especially as it has a GP (the olden version of the PG) from the MPAA. I haven't seen this show but given it's about a kid for kids, I'd imagine PG is correct, generally.

But the BBFC have one issue of contention which gets them extremely anxious and trigger-happy to up-rate, that doesn't seem to be shared with other viewing boards across the world, and that's the perilous practice of a child hiding in a tumble dryer, particularly if such an act isn't demonstrated to have negative consequences.

That's precisely why this show's a 15 (I only know this from reading around). Because Alex does exactly that in one of the episodes and the action is not only presented to be dangerous, but fun and whimsical. An impressionable kid watching this might draw the wrong conclusions from watching Alex do so and try it out from themselves.

On several of the BBFC podcasts, they've discussed how every year, some children crawl into tumble driers, their parents don't know they're in there, and the kid dies. It's not a high proportion of children, but still, a life is still a life, and as such, I completely empathise with the BBFC's justification for rating a kid's show with PG content 15. They're just being responsible. If only they exercised such responsibility when rating Sausage Party, isn't it. 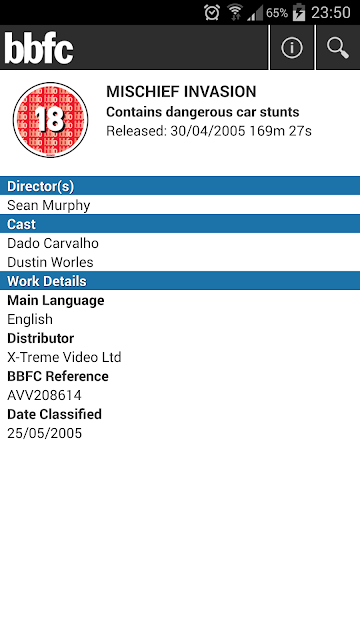 There's a line between being being responsible and being a nanny-state, however. 18 for dangerous car stunts? Seems a bit harsh. 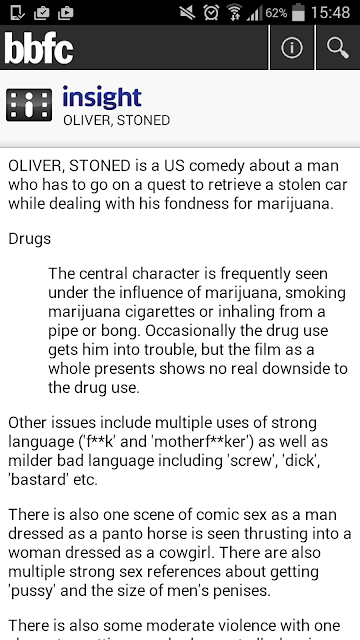 This is the extended insight for a movie called, Oliver, Stoned, which is an 18 purely for marijuana use.

This isn't just draconian but also inconsistent, given movies with some pretty graphic depictions of harder drugs have been passed 15 (off the top of my head, I'm thinking  Candy, Wild, War Dogs, Get Him to the Greek, but there's really loads of 15-rated titles with depictions of heroin or cocaine use).

It's only MJ in this movie and it got an 18! Evidently, the BBFC really don't like glamorisation of drugs, even soft ones. 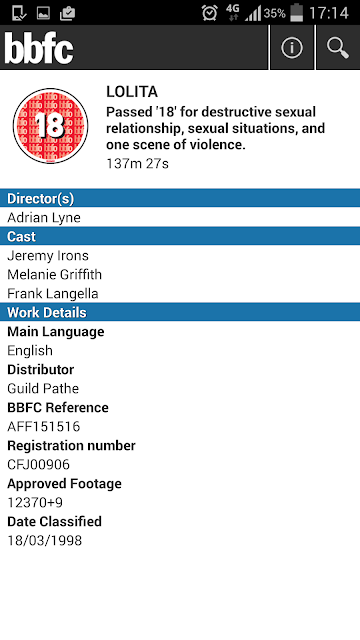 This 18-rated film, a very good adaptation of my favourite novel, thoroughly earns its 18 certificate. The BBFC insight is detailed, bordering on spoilerish, though, no? 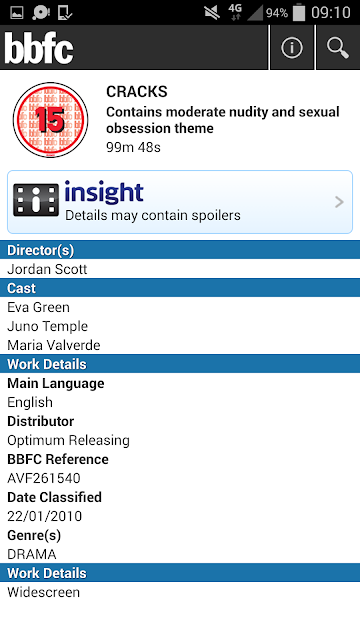 Another insight line that is detailed to the point of giving away the plot... 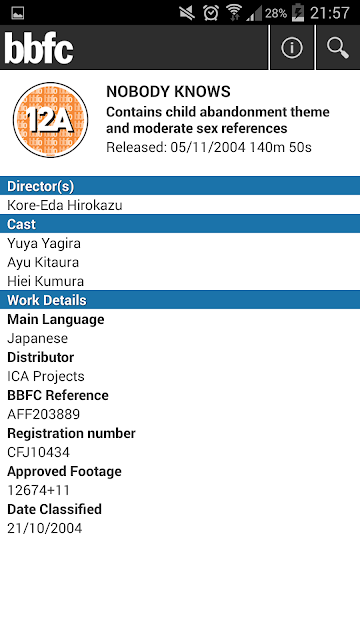 And again! With Nobody Knows and Cracks, I don't see why they couldn't have just used 'mature themes' in both instances. 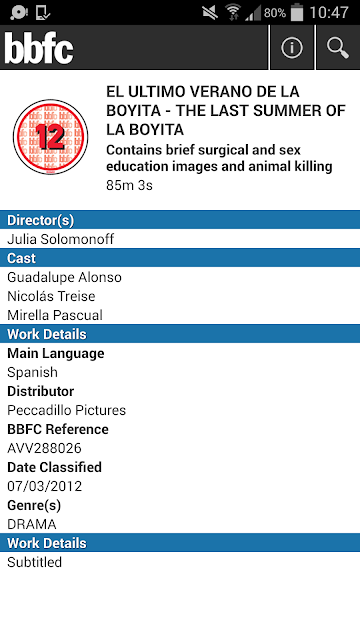 Another short insight that is almost too prescriptive. 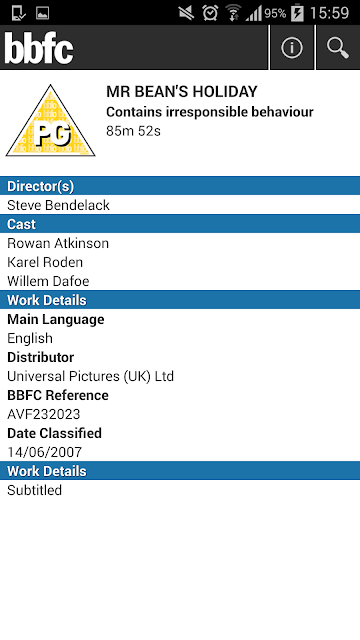 I'm not sure if this is more of a line of insight, or a value judgement about the quality of the film?! What one man may judge to be 'irresponsible behaviour' might seem like just good fun to a more immature individual like me. 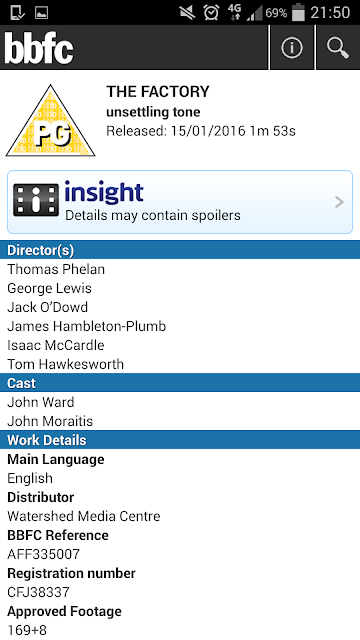 As with Mr Bean's Holiday, this feels closer to a line you'd expect in a review rather than a description of what to expect in terms of content. 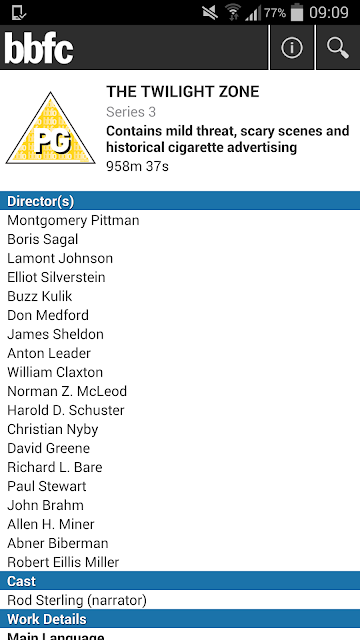 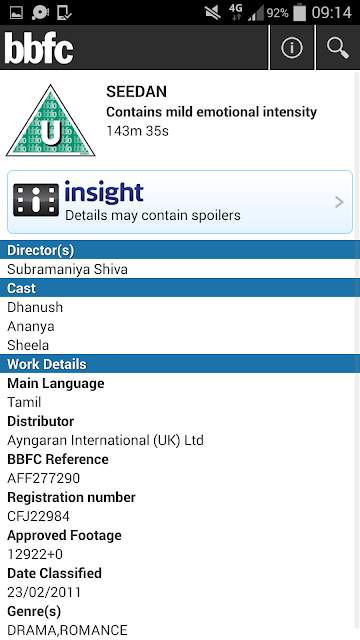 The last issue I'll talk about is a turn of phrase which, thanks to the BBFC's employment in short insights, I absolutely adore: 'emotional intensity'. I'm a fairly emotional person (I cried from beginning to end at Kubo and the Two Strings), so my default setting is 'mild emotional' intensity'... 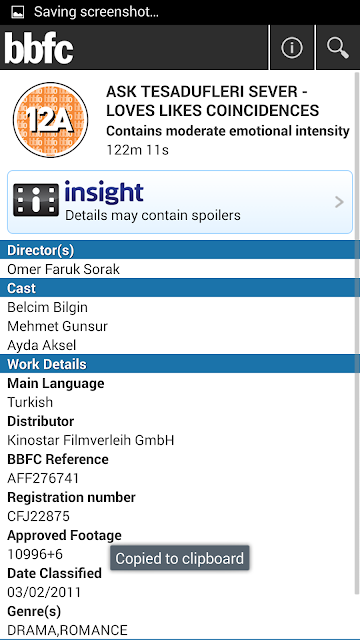 .... although when I'm on the blob, this line is more accurate. 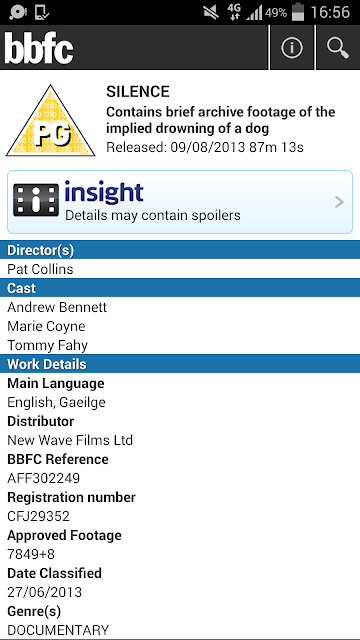 Not to be confused with Martin Scorsese's upcoming film, this is one extremely detailed and specific PG classification issue, eh? 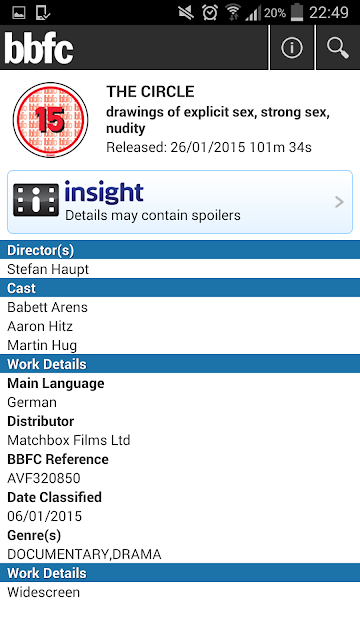 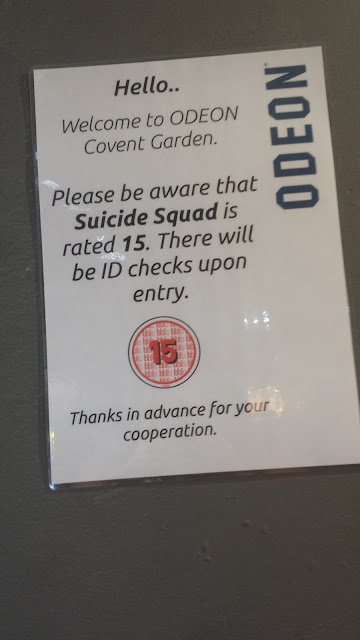 This is at the Covent Garden Odeon, and suggests that some opportunist under-15 year old kids are trying to sneak in, or try their luck with fake IDs in order to see Suicide Squad.

They'd do well to pay heed to the BBFC rating for Suicide Squad, tbh. Film was traumatising.

VaporFi is the highest quality electronic cigarettes provider out there.