I went to The Cuban with my friend Joy a few weeks ago using a Groupon deal that cost £22, and it illustrated precisely why I’m hesitant to buy Too Good to Be True food deals from Groupon. This one definitely was.

On the Groupon page, it promised the holder to £88.45 worth of food. This is what you could get if you’d been given normal-sized dishes of the food (of which I was able to see on the tables of other diners around me). But this wasn’t what me and Joy (nor, having a peruse of Tripadvisor, anyone who went there using a Groupon voucher got). Instead, you get infinitesimal portions of the food. Blink and it’s gone! So it definitely wasn’t £88.45 worth of food, and if they were going to advertise such a deal, they should have scaled down the original price to represent the quantity of food you’d be getting, so that the buyer of the deal would have some indication of how much the food would really be worth. 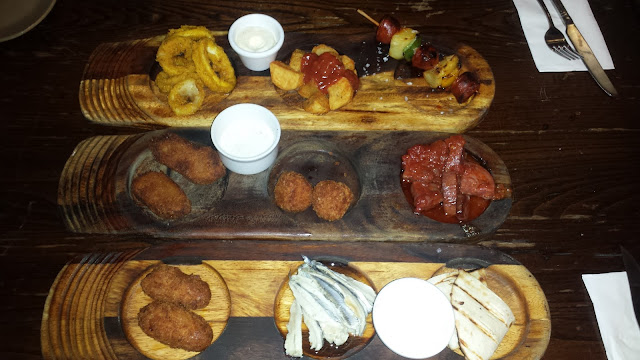 I’m a fast eater at the best of times (pig.gif), but most of these portions photographed above wouldn’t even constitute half a bite. I was nowhere near full at the end of the ‘meal’.

On top of this, the restaurant was extremely understaffed. When we first arrived, there was one waitress manning the doors. She told us to sit down and she’d come to us, which we thought a little odd, as she didn’t ask where we were planning on sitting. Would she forget about us?

You bet your ass she did.

Yet, when I went up to her some 15 minutes later (we waited very patiently, deciding to give her the benefit of the doubt) to tell her where we were sat, she curtly gave me the brush off, telling me that she’d be with me. No smile, and faint flickers of an eyeroll, suggesting that if I tried to voice my discontent, she would bite my head off. An unhelpful dragon of a woman.

The cocktails were also uninspiring, both in flavour and presentation: 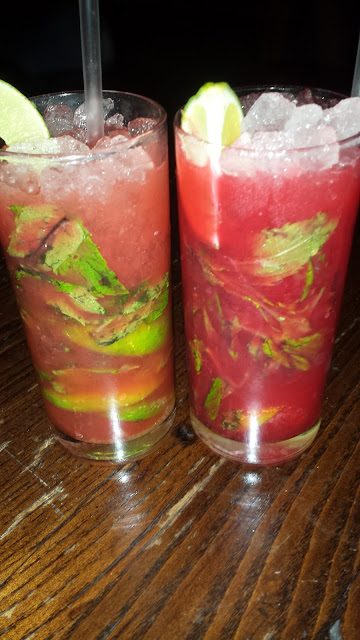 So yeah, pretty rotten food and service at this place, but I will shoulder some of the blame. I’d tried to get a delicious tapas experience on the cheap from Groupon and in the majority of the cases, they just don’t exist.

The Escapologist was an exception, rather than the rule, of when a Groupon deal actually delivers what it promises, but this relies on the vendor being honest and above board. The people who advertised The Cuban deal definitely weren’t that. I left feeling very short-changed.

In short, they lied.