Dual roles blogathon: Paul Dano in THERE WILL BE BLOOD (2007) 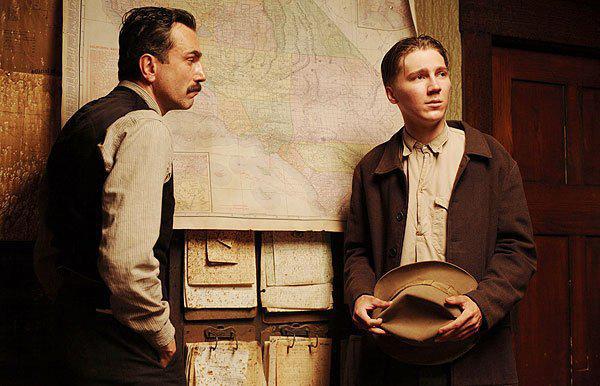 Slight spoilers for TWBB ahead, so, I would recommend you don’t read this piece if you haven’t seen the movie!


Paul Thomas Anderson's modern masterpiece, There Will Be Blood, is a fascinating tale of Daniel Plainview (Daniel Day-Lewis)'s journey as an oil tycoon, and the strategic moves he make during his ascent to the top. His rise to power is both facilitated and impeded by two characters, both played by Paul Dano: twins Paul and Eli Sunday.

The decision to cast Dano as both the Sunday brothers (and ergo, making them twins) wasn't originally in director P.T. Anderson's plans. Kel O'Neill was initially pencilled in to play the mild-mannered brother Paul. But the actor was too intimidated by the director, and pulled out at the last minute, causing some creative problem-solving in the form of casting Dano as both the characters, and making them twins.

Dano's role as Paul Sunday consists of a brief appearance, but is crucial to the plot. At the start of the film, he seeks out Plainview to alert him about a lucrative area to drill for oil in. Dano plays Paul Sunday with a meek, child-like quality. It helps that Paul Dano has one of those ageless faces. He is 32 but could pass for a teenager, a helpful trait to have in the ageist world of Hollywood casting, but one Dano capitalises on only to embark on projects that fulfil him, rather than chase the next money train, which he could easily do.

(Incidentally, for the movie nerds out there, Dano playing a character called Paul in this film means that both Daniel Day-Lewis and Dano play characters with the same Christian names as themselves). #Symmetry

With Paul Sunday's tip, Daniel Plainview makes his way to Little Boston, California to scout out this piece of land. It requires buying acres from the Sunday family, where Eli Sunday, an ambitious preacher, drives a hard bargain for his father's land. He wants whatever Daniel’s offering, and $5,000 for Eli's church.

Plainview takes an instant dislike to Eli Sunday and his sanctimonious ways, finding the way Eli constantly badgers him about his debt to the church infuriating. Eli's compelling sermons also draw workers away from working on Plainview's ranch and towards his church.

But the thing about Eli that Daniel Plainview loathes the most is that he can read Eli like a magazine, and he sees himself in him. Both men are con artists, who will do and say whatever the audience wants to hear to get what they want. They just go about it in different ways. Plainview sees Eli as a low-rent version of himself, and Eli knows that. Eli isn’t buying what Plainview is selling, and vice versa.

There Will Be Blood undoubtedly belongs to Daniel Day-Lewis, who won a well-deserved Best Actor Oscar for his mesmeric, unforgettable performance. It truly is a spectacular, charismatic piece of acting, and what impressed me most about it is that DDL, like other actors who I admire (Saoirse Ronan, Rooney Mara), does 95% of his emoting with his pupils.

But it his scenes with Dano which linger the memory the most, the way the men interact and play off each other, being spurred on by their mutual dislike, makes the power struggle between them in There Will Be Blood so gripping. The fact that the Dano was pretty much ignored come Awards Season 2008, with only BAFTA acknowledging his excellence in TWBB with a nomination, makes me sad. 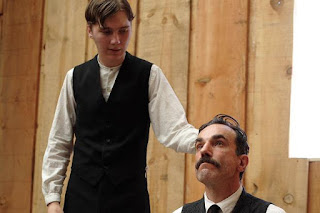 The baptism scene, where Eli makes a spectacle of exorcising the past from Daniel, humiliating him, shouting at and even slapping at Plainview to exorcise the bad spirits from him. It's a hypnotic and darkly comic scene, and I definitely noticed a rise in Dano's character's spirits, like he was mirroring the mannerisms of the man he was preaching at. The way he goads Plainview about his Achilles Heel - his son - illustrated that, in that scene at least, Eli had the control over him, and he was going to make the most of it.

Because Dano plays both the Sunday brothers, some film-goers have wondered if they were supposed to be the same character pretending to be two people, particularly as you never see both of them on screen at the same time. But I read Paul and Eli Sunday as unambiguously, two different people. Eli's rant at his father about his 'stupid son Paul', as well as the final scene, where Daniel lauds over Eli how he paid Paul off and how is brother is a winner, and he, a loser, pretty much put that to bed.

Nonetheless, having the same actor play two different roles does have an inherent element of confusion and trickery. The kind of odd cinematic game you wouldn’t put past Paul Thomas Anderson, who’s offbeat Punch-Drunk Love teased out a fine serious turn from Adam Sandler, of all people. If anyone can turn the tables and pull the rug from underneath you, it’s P.T. Anderson.

I've got a lot of time for Paul Dano, who constantly surprises me with his off-kilter acting choices. I squeed with delight when I spotted him playing the fictional embodiment of the Tolstoy in the BBC’s War and Peace this year (my brother was watching).

The fact that he's not a conventional Hollywood heartthrob yet has still done very well for himself in a predominantly superficial industry is a testament to his talent (incidentally, this is precisely the reason why I idolise Jonah Hill, even if the two men’s acting styles are quite different), and I like how Dano pursues film roles for the art, rather than the money. I also dig that he doesn’t thirst for awards like some (tho, seriously. Just because he doesn't strive for recognition doesn't excuse him being passed over by the Award bodies for his work in this movie).

There Will Be Blood ranks as one of his finest performances, and certainly the best film he's appeared in. Of Dano’s upcoming projects, I'm most psyched for his writing & directorial debut, where he will direct his Prisoners co-star Jake Gyllenhaal in a tale of a relationship falling apart. I will be first in the queue to see it at the cinemas.

This post is my entry in Christina Wehner's blogathon about Dual Roles in movies. Head on over to read other fabulous articles from bloggers on actors who have played more than one role in a film! 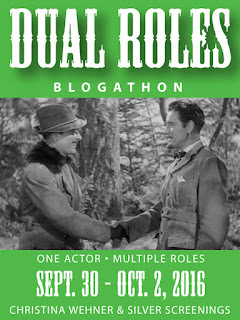 Fascinating review! I probably shouldn't have read the spoilers, but I was so curious and your review so very readable, I couldn't stop. :) There isn't much better than when two powerful actors face off in a film, is there?

It is interesting how Dano came to play both roles and how well it worked out. Do you believe much would have been lost, if the brothers had been played by different actors, then?

Thanks so much for joining us in the Dual Role Blogathon!

Agree with Christina - great review that likewise I couldn't stop reading! Daniel Day-Lewis is one of my favourite artists.

As Christina's co-host, I want to thank you for joining the blogathon with what sounds like a remarkable film. Despite the terrific casting, and despite the script being based on Upton Sinclair's novel "Oil", I have never seen this film. When I do see it, though, I'll pay close attention to Paul Dano's performance.

Excellent post; Paul Dano really is an amazing actor - loved him in this, Prisoners and War and Peace!

@Christina: you're absolutely right. I ADORE it when two skilled actors come face-to-face, it's one of my favourite plot devices in film, haha!

I actually think the film would have been fractionally less awesome with another actor in the Paul Sunday role. Having Dano play both (when one despised the other) was inspired.

Thanks for hosting the blogathon! :')

Great post! Years after viewing There Will Be Blood, the scenes with Dano and Daniel are still fresh in my mind - being the baptism one the freshest. I love Daniel Day-Lewis to pieces, and thanks to this movie I also started admiring Paul Dano - what a great talent!
Don't forget to read my contribution to the blogathon! :)
Cheers!
Le
http://www.criticaretro.blogspot.com