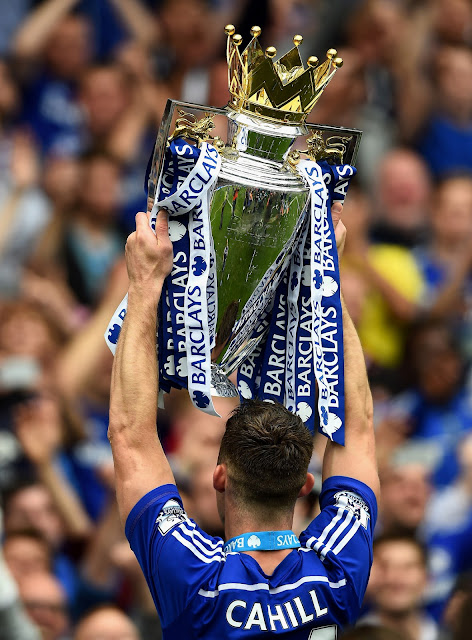 The last time I waxed lyrical about Gary Cahill's insane biceps, Chelsea had beaten Manchester City at the Etihad. Well, this weekend, we beat Manchester City at the Etihad (ironically enough, the man with the golden guns scored an own-goal, but we'll just chalk that down to him kindly giving Agüero a masterclass in finishing), so it's time for another appreciatory post  for Gazatron's arms! 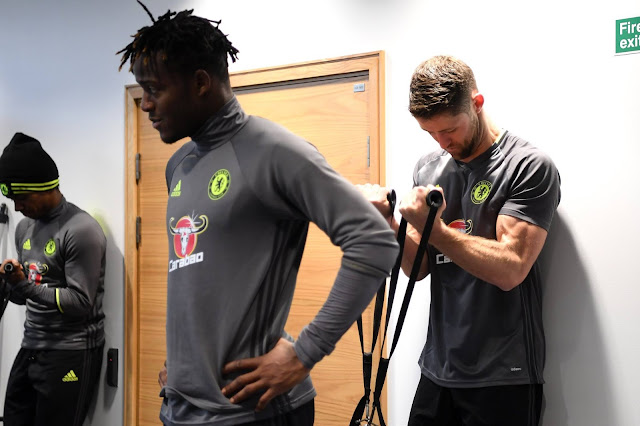 The best arms in football, bar none. Appreciate his commitment to constantly making them even bigger, too. 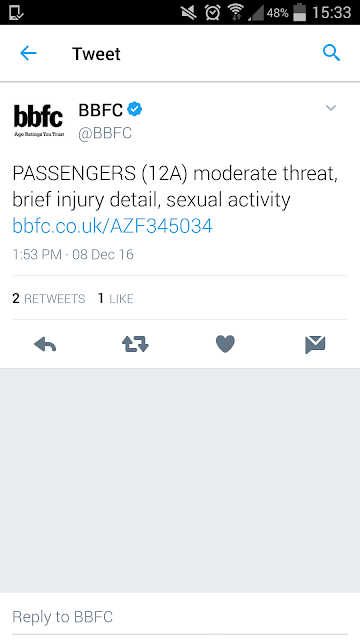 I shan't be watching Passengers. It stars a certain actress who's acting prowess I don't exactly hold in the highest regard,  and I don't like sci-fi much (Arrival was an exception to this rule). Plus I don't see the point in hate-watching a movie when I barely have time to view the many films I actually want to see.

However, whilst I'm still staunchly 'you'd have to drag me to the cinema to see this', I have to admit the BBFC have trolled me slightly, in that by using 'sexual activity' rather than 'sex' in the short insight, my interest is piqued as to what the 'sexual activity' is.

Which is fair enough, it's good to be prescriptive and delineate the lines between a shag and sexual behaviour to the audience. But I'm intrigued as to why it's been used in Passengers' case, given that in interviews about this film, Lawrence has been bleating on and on about her sex scene with Chris Pratt, and even falsely claiming this love scene is her first. (I've seen Serena, Jennifer. You might like to pretend that film never happened, but I saw it).  She also had a sex scene with the late Anton Yelchin (RIP) in Like Crazy, so I don't know why she's pushing selling the fallacious narrative that this is her, quote, 'first sex scene'. To sell more tickets for the film, perhaps?

So I would have thought Passengers would feature an out-and-out love scene. But maybe I'm wrong. Maybe they start having Cesc, then J-law's character starts reading her whiny essay about how underpaid she was for American Hustle instead and Pratt's character loses his wood.

To be honest, they probably cut the scene to make suitable for P-13. I'm expecting a extended version on DVD soon

Yeah, but even so, you're allowed to show quite a bit of sex in a PG-13 (e.g., The Twilight movies and The Light Between Oceans). From the BBFC report, it sounds like it wasn't just watered down for PG-13, but barely there.

No doubt this is an excellent post I got a lot of knowledge after reading good luck. Theme of blog is excellent there is almost everything to read, Brilliant post. firearms for sale

It is the kind of information I have been trying to find. Thank you for writing this information. It has proved utmost beneficial for me. kanadské vízum online