What a Character: Ben Mendelsohn

This post is my contribution to the What a Character! blogathon as organised by ONCE UPON A SCREEN, Paula of PAULA’S CINEMA CLUB and yours truly, Kellee of OUTSPOKEN & FRECKLED which celebrates supporting performers in film. I have gone with a contemporary actor who has stolen the show in almost everything I've seen him in, Mr Ben Mendelsohn (aka the baddie from Rogue One). 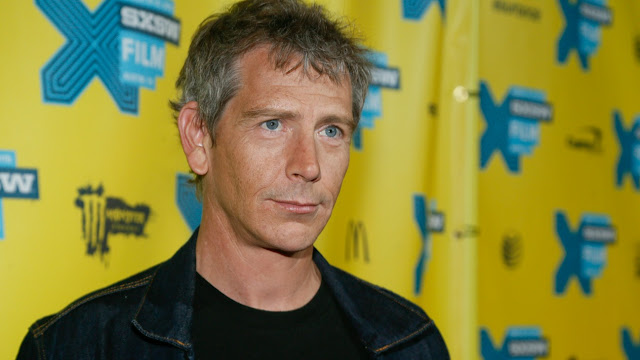 I first noticed the actor before having watched him in anything, and it was seeing his name on the Starred Up poster (a film, lamentably, I still haven't seen, although it's high up on my to-see list for the trifecta of reasons that it's from the director of Hell or High Water, and it stars Ben and Skin's Jack O'Connell, easily the best actor to emerge from that show).

The reason Ben Mendelsohn's name struck with me is because there is a composer of the same name (albeit with two 's's, Mendelssohn), who composed the famous Wedding March from A Midsummer Night's Dream. It's funny how the mind makes irrelevant cognitive connections like that, but with a memorable surname like that, I was curious to watch his acting performances.

He had a short-but-memorable appearance in The Dark Knight Rises in a suitably shouty, sweaty cameo, but the film that gave him an outlet to truly show his acting range was in The Place Beyond the Pines, a three-act story which follows the intersecting fates of a bank robber Luke (Ryan Gosling) and the cop, Avery, who pursues him (Bradley Cooper).

In The Place Beyond the Pines Mendelsohn plays Luke's only friend and co-conspirator who helps him commit the bank robberies (a nice counterpart to the role he played in The Dark Knight Rises). The two men, both outcasts, share a tentative, wordless bond, and the chemistry between Gosling and Mendelsohn is excellent, deftly portraying how the latter can pre-empt the former's actions before he's even done them. In the final act, when we see Mendelsohn's character again, and in his inarticulate way, he shows how much he cared for Luke, hinting that there may well be honour among thieves.

Ryan Gosling enjoyed working with Ben Mendelsohn so much on The Place Beyond the Pines that he cast him in his directorial debut, the critically panned misfire Lost River. Almost everything about that film sucked, bar Saoirse Ronan (who is amazing in everything), and Ben Mendelsohn, as a smarmy bank manager Dave who will do anything to get his way with struggling single mother Billy (Christina Hendricks).

Throughout the film, Dave repeatedly tries it on with Billy, only for his brusque courtship to be knocked back every time. However, as one of the patrons of a local burlesque studio, and her financially precarious situation, Billy has little choice but to play right into his hands by first working there, and then agreeing to partake in an after-hours 'shell game' for more money. In this bizarre ritual, a woman is locked in a transparent case and the payer can do what ever they want... to the shell. In theory, the woman should be safe as the shell is looked, but that doesn't render the whole experience any less terrifying.

Naturally, Dave seizes his opportunity, and such has been his unsettling demeanour that you have no idea what form of depravity he will unleash onto the shell. As a matter of fact, he dances in front of it!

The lousiness of Ben Mendelsohn's dancing in this scene, accentuated by the neon backdrop and the electro-score playing in the background, that the whole sequence is incredibly discombobulating. The way he looks at Billy whilst doing so, too, tells you that this is his idea of asserting his raw masculinity, a kind of recompense towards the woman who has had the temerity to turn him down.

As a very amusing stray piece of trivia, Ryan Gosling revealed that the music Mendelsohn had during this scene was 'Bad Bitches' by Kendrick Lamar, which would explain a threatening line of dialogue he barks at Hendrick's character whilst dancing at her. At the time I thought it was his character being crude, but now I see he was just quoting the song. 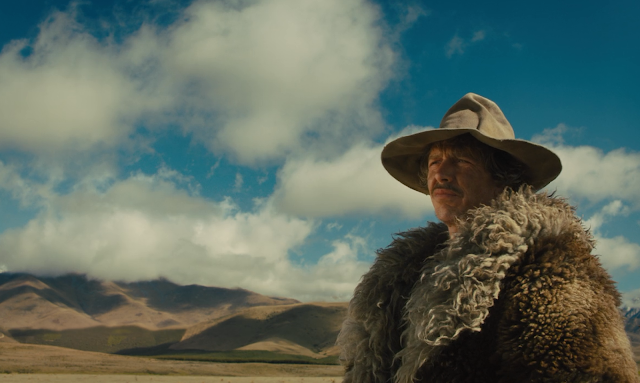 Ben Mendelsohn has plied his trade as an actor playing villains, of which Director Orson Krennic in Rogue One: A Star Wars Story, an appropriately evil performance, will add to his litany of baddies. One such villainous turn from him that I particularly liked was as Payne in Slow West, a character who teases with an (almost ingratiatingly) amiable veneer, but deep down, you wouldn't trust them as far as you would throw them. Mendelsohn uses his whole face when acting (a quick sly look sideways, a twitch of the lips, a twist of the jaw) to convey thorny characters who occasionally let their masks slip.

Ben Mendelsohn didn't rise to prominence until relatively late in life (he's 47 now), but he has such a characteristic look about him, that once you see the Aussie in one role, you won't forget him. His acting style is distinctive but never distractingly mannered. As I've always said, I tend to identify more with villainous characters in movies, so it was only natural that I would gravitate towards Mendelsohn, who's ability to mould sinister antagonists in films is prenaturally good.

I'm delighted at how well things have gone for him (he is a massive Star Wars fanboy so getting to play the main antagonist in the film must have been a special moment) and eagerly await whatever film roles he takes next.

I agree, Mendelsohn is underrated and underhyped! If you get the chance, you might want to check him out in MISSISSIPPI GRIND with Ryan Reynolds. I think he's really good in it.

Hi Paula, that's near the top of my to-see list! I have to check it out. Thanks for reading :)

I'm really not familiar with this actor and this might be due to the fact that I mostly watch classic films! :O But thanks to your great post, I believe he's a man of talents! :)
Don't forget to read my entry as well!
https://thewonderfulworldofcinema.wordpress.com/2016/12/17/what-a-character-blogathon-how-arthur-kennedy-changed-my-cinematic-life/

This actor is exactly why I love discovering character actors and why we love hosting this blogathon. I learn so much because you recognize actors like Ben because they are so talented in their versatility, but you can't quite place them. Then, like a light bulb flashing, you suddenly connect the dots of roles. I also appreciate that many of these terrific actors reach screen notoriety in their 40s and later. By then, these artisans have honed their craft so well that it's no surprise they steal so many scenes, despite the brievity of their screen time and lines. Well done and thanks again for joining our event!

I have to admit I had no idea who this was when you submitted your topic for What a Character! I guess my nose is in old movies far too much. I saw ROGUE ONE on Friday though so I was prepared for your terrific entry without even knowing it. I'll be sure to pay attention to Mr. Mendelsohn going forward and I thank you for this interesting and entertaining read.

Ben Mendelsohn rules! I remember seeing him in Mississippi Grind, shortly after The Dark Knight Rises, and feeling he had a bit of Gary Oldman versatility. The way he switched between smarmy and sincere. I look forward to his part in Rogue One and hope to see him steal many more scenes in the years to come. Thanks for the post!