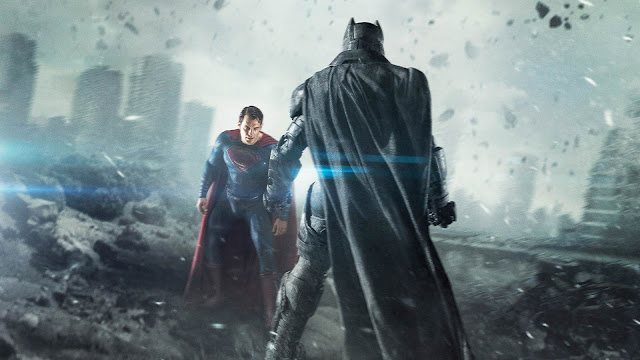 I didn't see Batman v Superman when it first came out in the cinemas in March, as it was released the same week as Zootopia. Whilst dithering as to which to invest my time in, I noticed Zootopia got rave reviews and BvS got woeful ones. I watched Zootopia, as was the right decision; it's still my third favourite film of the year.

That should have been it, but, misguidedly, with my girlcrush on Gal Gadot, the cast featuring Amy Adams and Jesse Eisenberg and me wanting to know if it really was as bad as everyone said, I finally sat down and watched it with my brother last night.

Here be ten thoughts I had during the film:
1. The bath scene was embarrassingly forced and unerotic, and so unhygienic!!! I mean,  understand trying to convey passion and the heat of the moment, and would have been cool with Cavill getting in the bath with Adams when he was fully clothed.

But getting in the bath with his dirty shoes on, when she was naked in the bath? That's just bad sanitation. Gross.

2. Zack Snyder is a talentless hack who cannot direct to save his life. Mark Kermode's review of Snyder's Sucker Punch, where he repeats the director's name in a hyperactive voice, is the funniest thing ever, but honestly, I can totally see Snyder directing BvS in such a high-pitched voice, no structure to his vision at all, and worse, no-one bothering to step in and reign him in, so the end product is just whatever Zack feels like bunging into a movie, namely, SUPERHERO FIGHT! THEN BATH SCENE! THEN JESSE EISENBERG BEING TWITCHY! THEN ANOTHER SUPERHERO FIGHT! 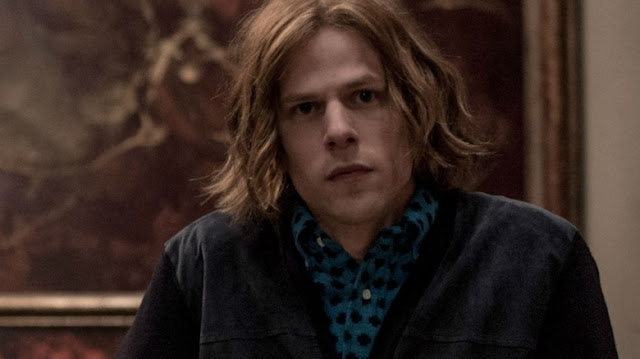 3. Jesse, honey.... So 2016 might be the first I bestow an actor the dubious honour of appearing in both my 'favourite performances of the year' (Eisenberg's bittersweet performance as Bobby in Cafe Society is still comfortably my favourite performance this year, for how much I recognised myself in his role), as well as 'worst performances of the year', where Eisenberg's hilariously bad Lex Luthor currently has him ranked second behind Blahra Delevingne in Suicide Squad, ofc.

He's not helped by a portentous script that has him evoking Greek mythology all the time and Snyder's direction which is completely devoid of nuance, but Eisenberg doing a half-assed Mark Zuckerberg impression and punctuating it by being a jumpy caricature in an attempt to create an unsettling villain was epic fail, on so many levels.

4. All of the action scenes were way too long, did not grab the audience's attention and just played like messy, loud, over-CGI'd nightmares.

5. Affleck was decent as Batman. I can't say I like the guy on account of him in real life basically being like the character he played in Gone Girl (he cheated on nice Jennifer Garner, the cad), but his delivery of laughable lines of dialogue in the self-important script were basically as good as you can expect from any actor. His rapport with Jeremy Irons (playing Alfred) was quite nice too.

6. The most eye-catching turn in the film was easily Gal Gadot as Wonder Woman; impeccable casting and BvS's main saving grace.

A 5'10'' former Miss Israel-winning model with long flowing locks, lips to rival Margot Robbie's in terms of juiciness and an athlete's physique, Gal definitely looks the part, but she also injected Diana with an inscrutable quality which suited the character well. Gal is the perfect age to play a character who's tough and world-worn, but at the same time retains a certain vulnerability, and the fact that she was relatively unknown when cast means that the actress doesn't bring baggage to the role, baggage that most other actors in the film did (with Affleck, I'll always think Nick, with Eisenberg, I always think Zuckerberg, with Irons, I always think the paedo from Lolita, etc).

And she sports a range of slinky dresses and arm bangles.... hawt.

You know when I said I was trying to lose weight? The goal is basically to be slim enough to rock an arm bangle like Diana, haha.

7. One of the few moments during BvS when I sat up and took notice of what was going on was when I spotted this photo:

That's handsome Chris Pine!! The inclusion of this photo played as a nice tease for next year's Wonder Woman, which despite how bad BvS was, I will definitely be seeing... come hell or high water. 😎

8. I watched the extended cut of this film, and it was too bloody long. 3 hours of my life I shall never get back. Again, all Zack Snyder's fault, for his inability to trim the fat, to give exposition and backstory in a more streamlined manner, and for lingering on scenes which didn't contribute to the story at all, but was clearly only there so he could trouser as much money as possible from the production companies.

9. Hans Zimmer's score for this film, which he collaborated with Junkie XL on, isn't a patch on his scores for the Christopher Nolan Batman movies. Whilst the score wasn't distractingly bad like the direction, it was also quite forgettable and generic action movie-sounding.

The only exception to this was the track, 'Is She With You?' which played in several variations throughout the film and then was properly blasted in a pretty epic manner when Diana finally made her entrance. It's the track that's used in the Wonder Woman trailer; apropos that the most interesting character gets the most interesting theme.


10. The BBFC have gotten quite a few complaints this year about Batman v Superman's 12A certificate, especially as the extended cut was also a 12A, when that version was rated R in the States. Meh, I think R is an overreaction. There was one grisly prison scene, but most of the violence was off-frame, so I think the BBFC actually got this one right. Mind you, violence tends to make more of an impression on me when I'm, you know, invested in the plot, which I definitely wasn't in this case...

Overall, I give Batman v Superman: Dawn of Justice a 3/10 mainly because Gal Gadot was fierce and Amy Adams was completely credible as Lois Lane.

I won't be watching Justice League tho, and personally feel Zack Snyder should not be allowed near a major franchise for the rest of his life.
Posted by Emma at 12/10/2016 11:56:00 am

Kid, if you really want to review a film, then I suggest you to start focusing on the film's storyline and as well as on a character's psychology, instead of just bashing around on the film for no reason.