Certain Women is a triptych of stories about three women living in Montana, whose lives are peripherally connected. In the first instalment, lawyer Laura (Laura Dern) struggles to get through to a stubborn client, who later takes another character hostage in order to get what he wants. In the middle segment, Gina (Michelle Williams) and her husband try to build a house together, the procurement of sandstone for which betrays some fundamental fissures in their marriage. And in the final story arc, a nameless ranch hand (Lily Gladstone) attends an evening class taught by Beth (Kristen Stewart), and develops a crush on her teacher. 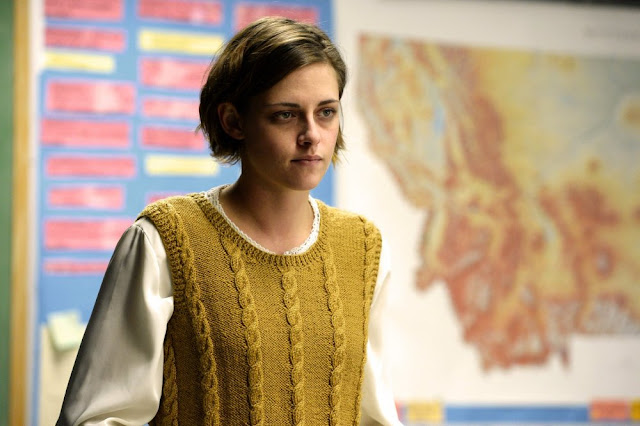 Relative unknown Lily Gladstone, who has been picking up various critics’ awards for her beautiful performance as the rancher, is easily the film’s MVP, and consequently, her section of the film was my favourite. In another universe, where independent films could afford to distribute screeners for the Oscars (and Oscars were actually awarded on merit), she’d be a shoo-in for a nomination for Best Supporting Actress. The majority of her character’s feelings are illustrated through her face rather than words and her big brown eyes convey a lifetime of longing for human company. It's a mesmerizingly moving performance, all the more poignant for its artlessness. 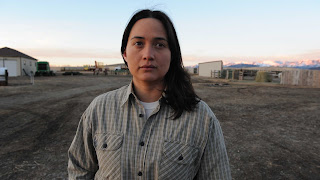 Interestingly, in Maile Meloy's short story collection from which this segment was adapted, the character Gladstone played was a man. But it’s a curiously gender-fluid role, and a sign of cinema graduating with the times, that Reichardt successfully adapted the character to be female in her film. In fact, the besotted way in which Gladstone gazes at Stewart was hauntingly reminiscent of the loving look Jesse Eisenberg gives the same actress in Café Society, as well as the way Emory Cohen looks at Saoirse Ronan in Brooklyn. Both actors gave fine portrayals of men in love, but in witnessing the unguarded yearning in Gladstone's eyes, and knowing that the object doesn't feel the same way, filled me with more pathos than watching the guys did.

Michelle Williams cements her reputation as one of the best actresses of her generation as a hardworking and under-appreciated wife and mother. As with her most powerful scenes in Brokeback Mountain, Williams makes excellent use of body language to convey a mountain of resentment at her slack husband. Michelle Williams, Laura Dern and Kristen Stewart all impressively shed their natural grace and beauty to inhabit far more ordinary characters, without the de-glamorisation process feeling too ‘awards-begging’. 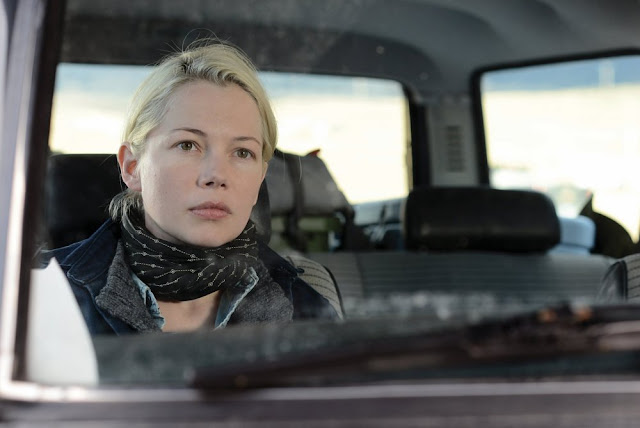 The fact that the actresses so convincingly slip into their run-down roles make the human interactions which they are implicated in the more urgent, even if the register of the film never reaches a dramatic crescendo. In Certain Women, there are 'good' or 'evil' characters, epitomised in the first part, where the disgruntled client who entangles Laura in a hostage situation, it transpires, really was screwed over by his previous company, and feels he has nowhere left to turn. Such scenes are reflective of the real world, where there are no easy answers, and people can only try to make the best of bad situations.

Essentially, Kelly Reichardt's understated, intelligent film makes like that Beyoncé lyric; "Who run the world? Girls." Except in her celebration of the minutiae, she illustrates that while certain women don’t make a song and dance about their actions or their consequences, it doesn’t render them any less profound.

Excellent review. Very well written and to the point without rambling or superfluous commentary. I'm glad you enjoyed it as much as I did.

Thank you for your lovely comment, Howard! Feel free to check out other reviews on this blog, if you fancy it! :)

I checked out some of your other reviews and they are all very expressive but unfortunately there aren't too many films on your list that I've seen. I did especially like your review of "Blue is the Warmest Color," however. It is a warm and intimate look at a heartfelt film. Sorry, we are at polar opposites on "The Tree of Life." It is a film I greatly admire.

Here is my review:

Nice response in return of this issue with real arguments and describing
all about that.