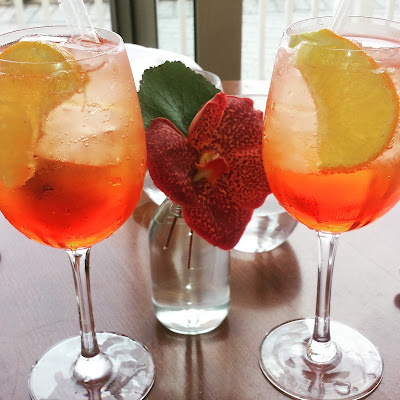 Situated just by the pier and boasting a gorgeous view, The Narrow is an ideal location for a Sunday roast (The Narrow does roasts every Sunday), a rewind pint (or six) with friends, or just to have a solitary drink by yourself by gathering your thoughts, looking over the pier. 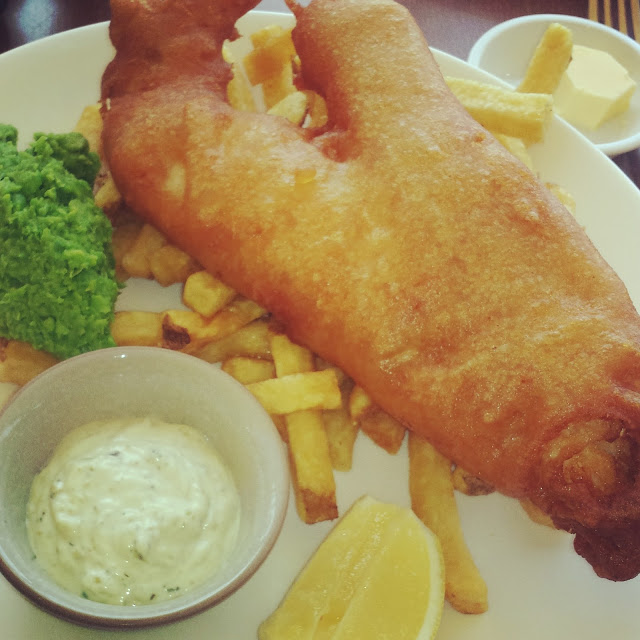 As tempted as I was by the roast on the menu, I worried that it may be a bit heavy for a Summer's day, so instead, I ordered the fish and chips. It was sublime, even better than one I had over a year ago at Ramsgate. The batter was perfectly fried and the chips had all the flavour of my be loved McDonald's ones, yet also felt somehow, healthier (probably because they were more expensive so I just deluded myself into thinking that, but hey!). To top it all off was a healthy dollop of tartar sauce. I was also a big fan of the plethora of salt, vinegar and tomato ketchup on our table to go with the food. One takes this for granted, but when I went to Amsterdam, sauces cost an extra €1, so the fact that sauces are free in British restaurants is much appreciated!

To drink, I had a cider, a cocktail (delicious but overpriced) and the drink photographed above, better known as an Aperol Spritz. I ordered this because I've heard it's a traditional Italian drink, and I wanted to know what all the fuss was about, but I was sadly left wanting. The flavours didn't work for me and it was also too gassy.

I went to The Narrow pretty much immediately after it opened and thus, the waiters were very attentive to me with regards to the food order, as I was one of the few people in the bar/restaurant at that point. But on a Sunday, The Narrow fills up very quickly, and, unsurprisingly, as the number of clients go up, the waiters are a little more thinly stretched. But despite being overworked, the waiters serving me were polite and efficient throughout, never getting the order wrong and always giving service with a smile.

The food was worth what was charged, whereas the drinks were a little on the pricey side.  But just think of that as a surcharge for getting to have such an inspired view; on a sunny day, The Narrow's view can't be beat.