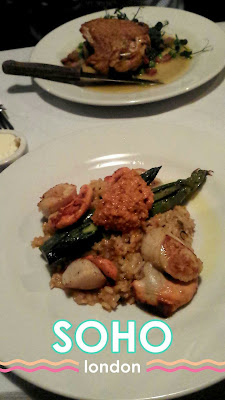 The last time I dined in a European/British restaurant in Soho was in March, when, following a good first impression from 10 Greek Street, I went there again. The second time round, I had the massive beef dish to share, and as with the duck sharer, it was fantastic. As 10 Greek Street fared so well both times, I thought favourably of traditional, quaint-looking restaurants in Soho, and decided to sample the cuisine of Andrew Edmunds.

The whole dining experience did not disappoint. As with 10 Greek Street, the menu changes on a daily basis, and is written on blackboards on the walls. Once I deciphered the practically illegible handwriting (one of my few gripes with Andrew Edmunds), I opted for this deliciously soft cheese which was so light it almost melts in your mouth. It was absolutely delicious, and if, in the vicinity of £8, a little overpriced for what it was, just justify it to yourself by saying that you deserve a treat now and then!

This was the same logic I followed for the main, wherein I chose the scallop risotto. Here it is, and yes, it did taste as delicious as it looked: 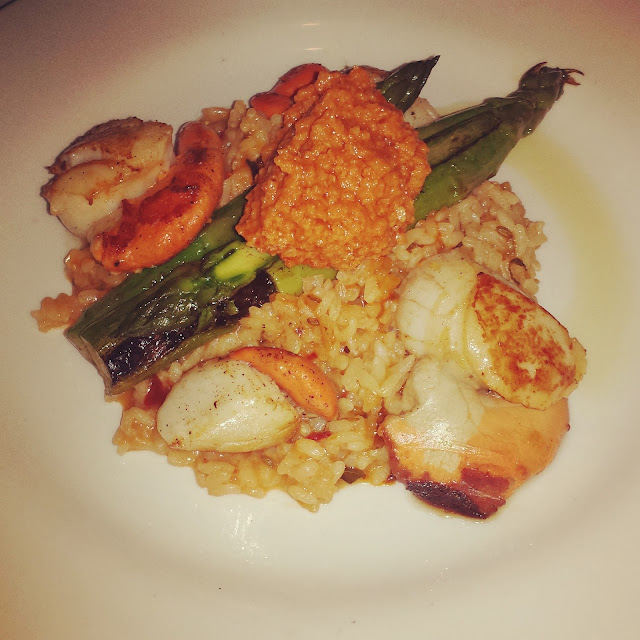 Although the portion was a little on the miserly side (I could have easily devoured twice the amount that was offered to me, but I do concede that part of the art of tantalising a food blogger's taste buds is to ensure that they're left wanting more, so I would whine too much about that), but the flavour was wonderfully rich, and somehow, the chefs managed to make asparagus a sexy ingredient. That takes some doing. The blend of the rice and the fish were perfect, and unlike many a seafood dish I've had in London, I could tell that scallops were of high quality, rather than just leftover supermarket stock. (naming no names. Ahem).

Factor in a fine collection of wines (no Sainsbury's wine being flogged here), and all in all, Andrew Edmunds made for a thoroughly fulfilling Saturday evening post-concert dining experience. If the managers of the restaurant could find a way to digitise the daily menus, or, even simpler, employ someone other than that person who attended one calligraphy class they bought on Groupon and are desperate to exhibit the ‘skills’ they acquired in that seminar, and just up the portion sizes a tiny bit, then the place would be even better. 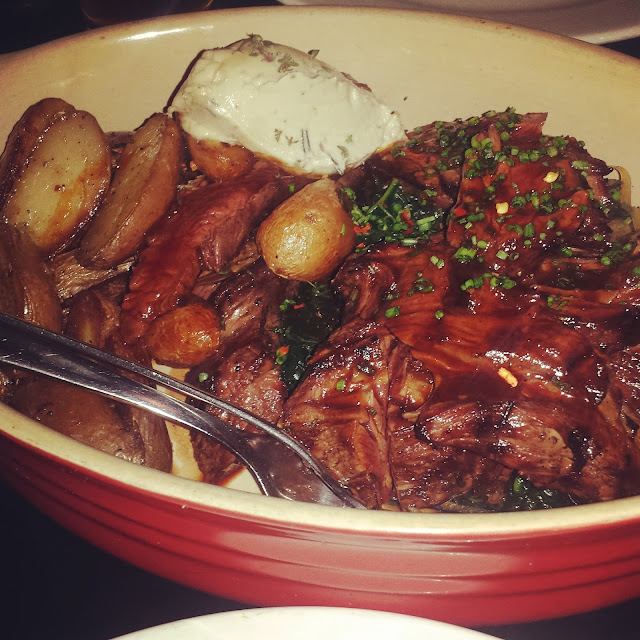 By far, one of the best dishes I've ever eaten in my entire life. I'm bumping 10 Greek Street's grade up from B+ to A.