My first ever e-mail to the BBFC and Jonah Hill fangirling. 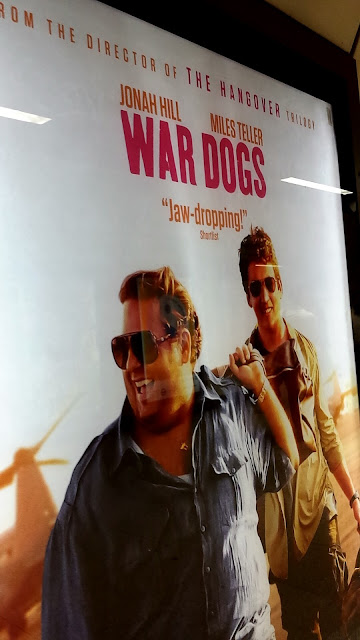 I saw this at London Bridge underground station today which I'm hella excited for. Miles Teller was in my no. 1 film of 2014, Whiplash, in which he possessed formidable screen presence, as well as engineering sweet chemistry with Shailene Woodley in 2013's underrated romance The Spectacular Now. And it also stars Jonah Hill, that rotund comedy sidekick who also excels at being a leading man who I never go on about!!! Hopefully he's in it for longer than 20 seconds as was the case in Hail, Caesar!

War Dogs is rated '15' by the BBFC, and given that it's from the director of The Hangover, I don't doubt it merits that rating. Do you know what doesn't deserve a 15?

As you know, I pretty much watch the BBFC's every move. I don't always agree with their decisions (2 Days, 1 Night and Doubt were both very soft 15s and Kick-Ass 2 was a very hard one), but most of the time when there's a contentious decision, I side with them (in the case of the Diary of a Teenage Girl controversy I was staunchly #TeamBBFC), as of yet, I haven't been motivated enough to get my ass into gear and email them over my minor disagreements.

Well, after watching that terribad So Young 2: Never Gone on Monday (which, unlike The Specatcular Now, most certainly did not boast strong chemistry between its leads), I was finally moved to email. That was just such an impossibly soft 15 that I couldn't let this one slide, regardless of the low quality of the film and the fact that barely anyone would be particularly bothered about the BBFC certificate of some corny Chinese romance. All I ask for is consistency. About Time, with 6 f-words and constant mentions of 'blowjobs' was a 12A. And this was a 15 because of some coy behaviour around kissing?!

Cue a rather pedantic and verbose email (not like me to be verbose, now is it? #ehehe). 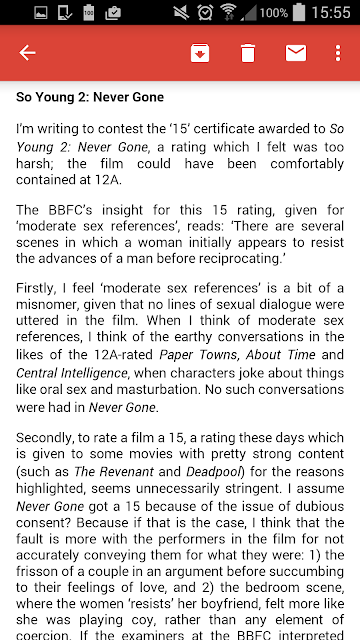 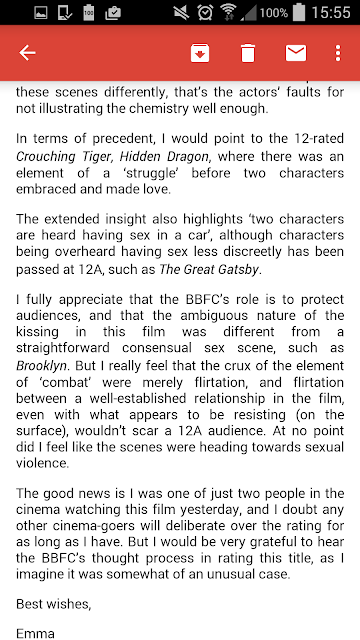 As annoying AF as you might find my smug, bloated writing style, you can't argue that I make some valid points. The film in question should not have been a 15. There was no sex or sexual dialogue. I've seen worse PGs (Grease). The fact that I just shoehorned in references to two mediocre Leonardo DiCaprio films, among various titles, is just me showing off how many films I've seen.

The BBFC website say they'll take 10 working days to respond to emails. I sent this on Tuesday morning. It will genuinely make my day to receive an e-mail from them, given that, to me, the BBFC are basically Kings.