The 10 Most Handsome Footballers of the 2018 World Cup

Now that we're through to the quarter-final stage of the 2018 World Cup, I have officially seen all of the talent, shall we say, on display, to be able to have done enough research for who I think are the ten smokeshows of the tournament.

Thus, this is a thirst-heavy blog. Photos, gifs, and general swooning of some Adonises will be in abundance. It was quite a challenge to find variations of saying 'he's hot' over and over, but somehow, I managed it!

As with my choices for best and worst dressed at the 2018 Oscars, I'm not even going to pretend the list isn't heavily influenced by my personal opinion of the men in question (and club loyalties). I also have rather, niche, shall we say, taste in men - check out my list of hottest guys in the 2016 Euros. 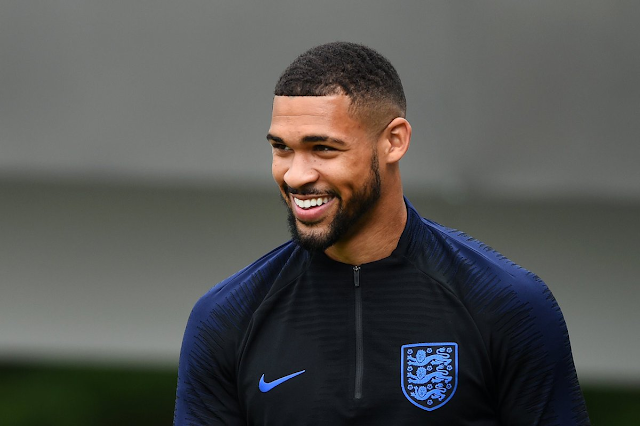 What a handsome man. His smile is like a gift from God, and he manages to balance appearing youthful with working a suave moustache. 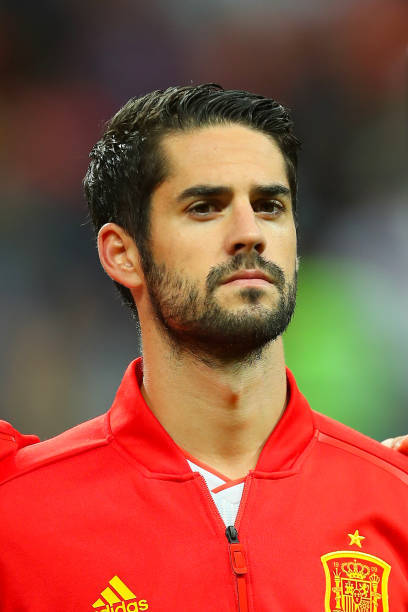 Spoiler alert: men with dark hair and beards may or may not be prevalent on (but not exclusive to - I have a handful of twinks) this list. Isco, who was Spain's best player up until their surprise exit to Russia on Sunday, was as enjoyable to watch for his creative talents as he was for his aesthetic ones.

Sidebar, but Cesc Fàbregas was not included in the Spain squad this year (Chelsea kinda sucked last season), thus precluding his appearance on this list. I would just like to give him a shout-out anyway, as he was a pundit for some of the World Cup matches on the BBC, and seeing him in a more placid domain than on the football pitch was a good showcase for his dishiness. 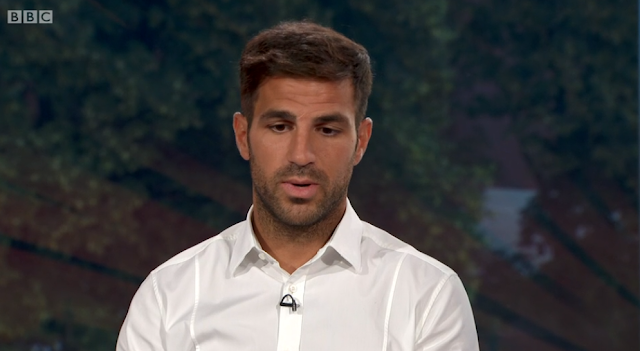 His big brown eyes are probably the most soulful in football!

Second spoiler alert: Lloris ain't gonna be the last Frenchman on this list (French accents - and by that extension, Belgian ones - make me swoon). The Spurs and France captain, like Isco, is dark and sports a strong beard. He also has cheekbones to die for, and an unusually lucid presence for a footballer, which is probably a consequence of his upper-class upbringing (his mum was a lawyer and his dad, a banker). 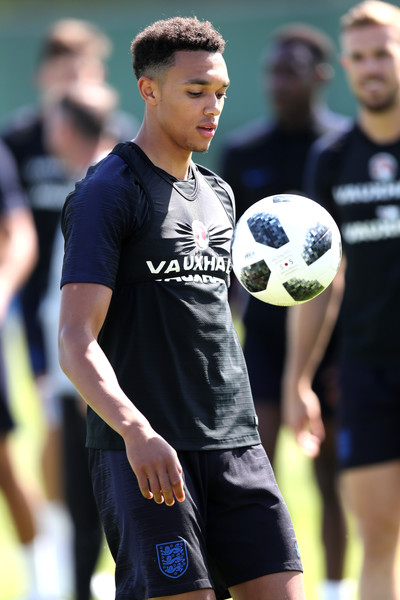 At 19, Trent Alexander-"Hamilton" is way too young for me, but, after I fangirled over all the twinks of Dunkirk, I feel that opened the floodgates for me liking the younger fellas, ahah. And how can anyone deny this man's beauty, with his sweet, innocent baby-face, long eyelashes and luscious lips?

Speaking of twinks at the World Cup, France's no. 2, Benjamin Pavard, has more than a little bit of The Chalamet about him. Timmy gave a stunning performance in Call Me by Your Name. Benji scored a stunner against Argentina. That makes them practically brothers already. 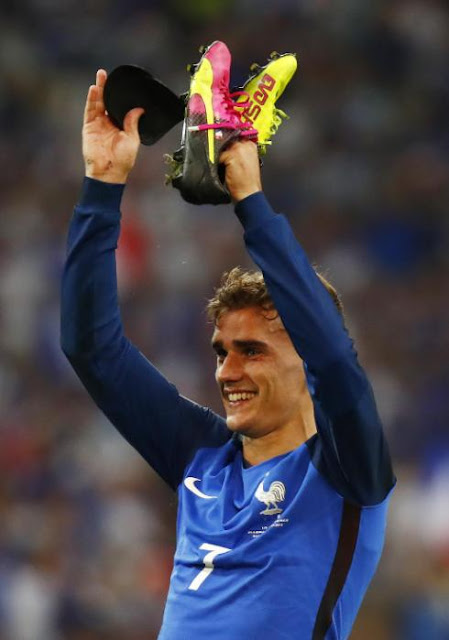 I'm including a picture of him from Euro 2016, because I'm not on board with Griezmann's new haircut (hence why he's slipped a little in the rankings from second place in 2016). Despite his basic haircut, his adorability shines through, from that goofy dance he does when celebrating a goal, to his cute face, winning smile and bright blue eyes that sparkle like stars. 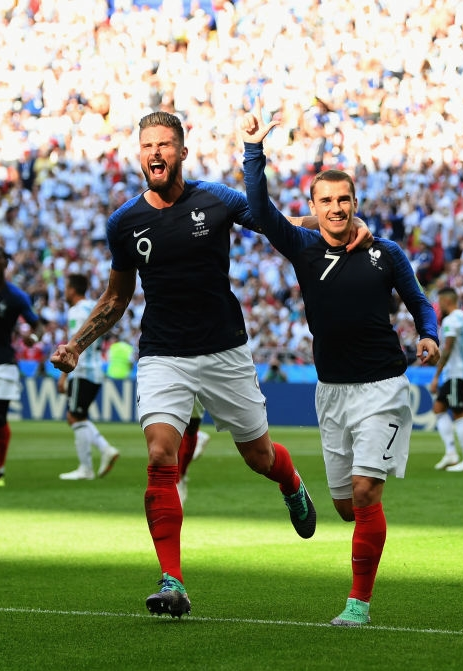 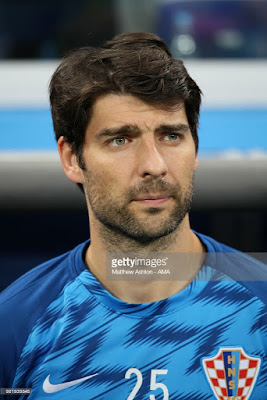 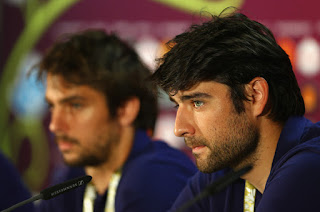 For the 'bit of rough' fan in me, ehehe. He's just so magnetically masculine.

I would never have admitted to finding the former Arsenal striker fine when he played for the north London outfit, but now that he's crossed over to the blue side of London, he's fair game. Probably the most conventionally attractive choice on my list, even his name is sexy.

... Although I'm fractionally more drawn to the charms of his fellow Francophone Chelsea teammate, Eden Azzarggghhhhhhh. The Belgium captain has a juicy bum, a distinctive neck-beard, and striking grey eyes. The Hercule Poirot-like accent when he speaks English adds to his allure. The coup de grâce is that he's far and away, Chelsea's most gifted footballer. 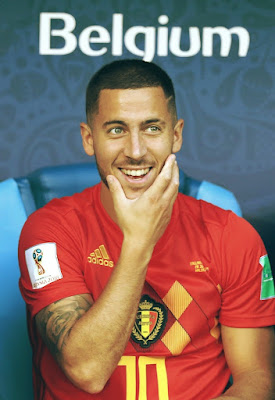 Fun fact: One of Eden Hazard's sons is called Yannick, which segues this list nicely into no. 2, his Belgium teammate... 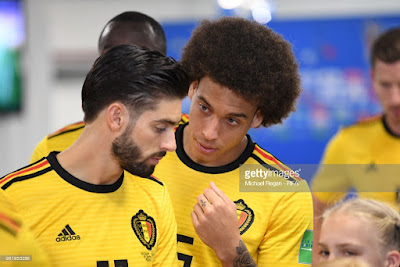 Even though I was heartbroken for Japan at their 3-2 loss to Belgium, the main way I consoled myself was by telling myself that I'd get another game of watching Mr. Carrasco. Born in Belgium but with Spanish and Portuguese parentage, he is the embodiment of the 'tall, dark and handsome' trope. And his perfectly-presented beard elevates him into Champions League status. 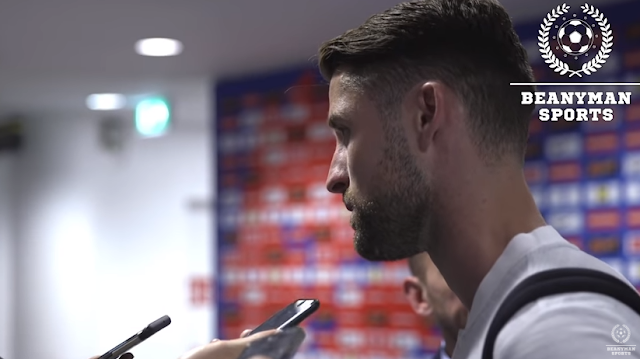 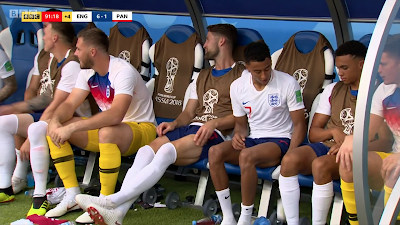 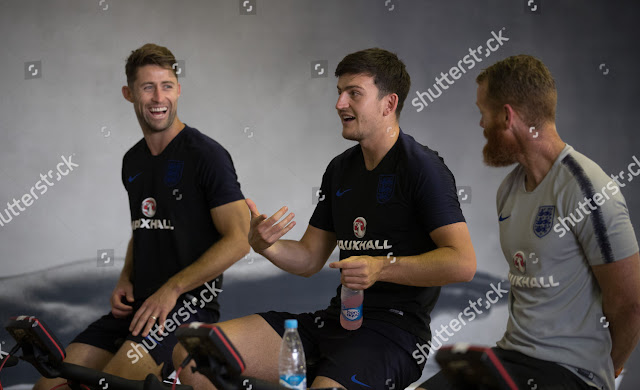 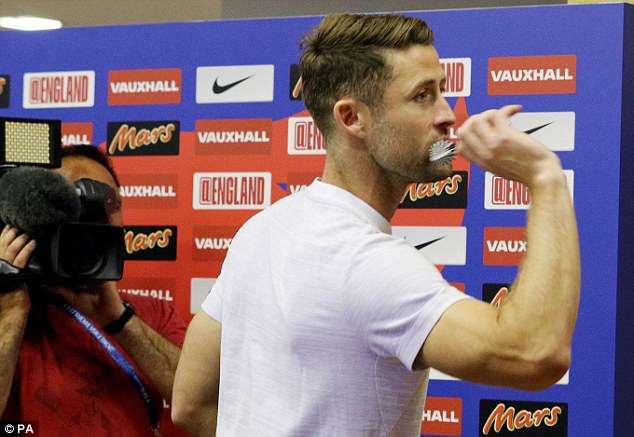 I've always found Gaz hot in a manly kind of way (hence him being ranked first in the Euro 2016 list as well), and his ginormous biceps and all-round athlete's physique are a force of nature upon themselves.

But I also feel that, probably as a consequence of Giroud joining Chelsea, Cahill has taken a more hands-on role in his personal grooming, and now sports a fantastically well-trimmed beard, which really accentuates his features, including his baby blues and captivating smile (see photos for evidence of dat smile).

As I may or may not keep whining about (in the form of La La Land pastiches), Southgate is really under-utilising my boy at the World Cup, which is making me hella frustrated, but his presence there nonetheless means I am treated to some enticing shots of him on the bench, as well as catching up with / consoling teammates and former teammates after.

Gary has such a captivating smile!

There will be a separate post coming up celebrating some of the most bromantic moments at the World Cup. But the sight of Cahill consoling former teammate Radamel Falcao after England beat Colombia yesterday just concretised why I love this man so much. He's thoughtful and compassionate, two qualities of his which are way too under-appreciated by ungrateful Chelsea fans (some of those clowns would rather Courtois be Chelsea captain. The same Courtois who digged out England's Jordan Pickford for being too short... before leaking in two easy goals against Japan. Thibaut Courtois is most certainly not my captain).

Yesterday, Cahill, Alexander-Arnold and Loftus-Cheek progressed to the quarter-finals of the World Cup, thanks to England doing the impossible and actually winning a penalty shoot-out! A huge part of that win has to be credited to Gareth Southgate, who, recognising what a psychological bug-bear this represented for England, drilled his outfield players meticulously on penalty-taking, and making sure Jordan Pickford practiced saving them.

Southgate infamously missed the decisive penalty against Germany in Euro 1996, which sent England crashing out of the tournament, so yesterday's win had extra resonance to him, as it represented a form of personal atonement. 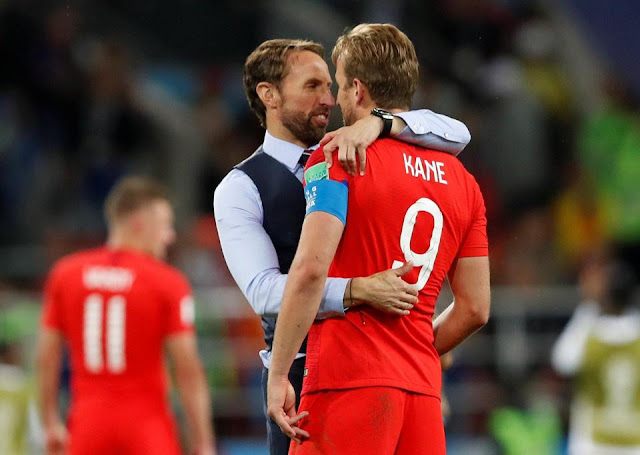 One of the players who Gareth Southgate had planned to take one of the five penalties was the racial abuser of Japanese gentlemen, Jamie Vardy. Yet Jamie Vardy chickened out, meaning that Eric Dier, who doesn't take penalties for Spurs, had to take the fifth one.

Vardy got away with it because Dier scored his penalty, and Pickford produced a wonder-save to keep one of the Colombian penalties out. But I don't think Jamie Vardy should escape censure for bottling it on the international stage. Vardy's excuse was that he had a 'groin injury', which I don't buy for a second.

Firstly, if I was an England footballer, it would all but take for me to have a broken leg to stop me from taking a penalty for my country, if I felt I was capable.

And secondly, this 'groin injury' was timed rather conveniently - precisely at the moment Southgate selected Vardy for penalty-taking. Suddenly, the phantom ailment materialised.

But then, I am completely unsurprised: Jamie Vardy is a racist. And racists are cowards.

Speaking of Jamie Vardy, he is as unfortunate-looking as he is dishonourable, and I hereby crown him the captain of my World Cup Ugly XI: 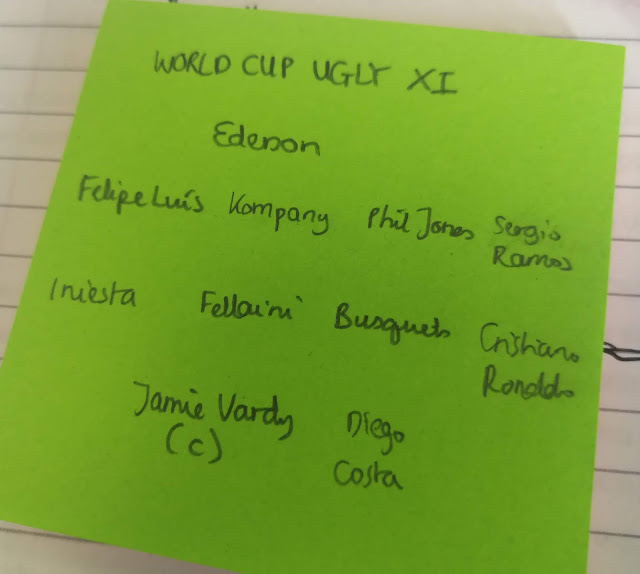 I made this squad at the start of the World Cup, and since it has started, I would like to sub out Vincent Kompany for Harry Maguire.

Maguire is not good-looking with that huge head of his, but I won't lie, this decision is mainly motivated by my Gone Girlish tendencies, and the fact that Maguire is keeping my beloved Gaz out of the England team. 👀 (Petty? Me?!)
Posted by Emma at 7/04/2018 08:52:00 pm

Very energetic post, I enjoyed that a lot. Will there be
a part 2?

Wow, this paragrsph is pleasant, my sister is analyzing these kinds of things, therefore I am going
to let know her.

Today, while I was at work, my cousin stole my iphone
and tested to see if it can survive a forty foot drop, just so she can be a youtube sensation. My apple ipad is now
destroyed and she has 83 views. I know this is totally off topic but I had
to share it with someone!

This is great. I agree with most of your choices and I love that you gave reasons. But there were so many dishy footballers in the WC I think you could have done a top 20 quite easily.