Three delicious meals I had in Amsterdam. 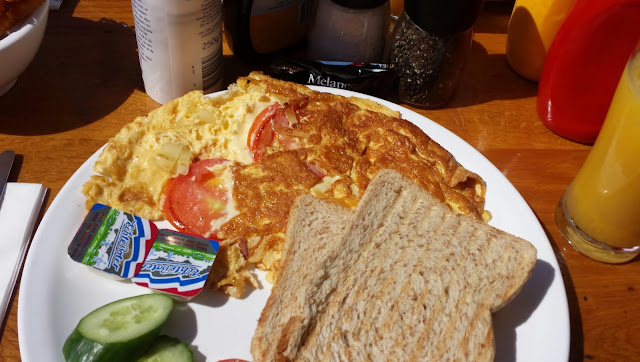 As you know, when in London, I'm constantly on the search for the best breakfast it has to offer, the last cooked breakfast of which I had was utterly uninspiring. The breakfasts in Amsterdam, on the other hand, were superb. The basic omelette (and toast) was just €3.95, but each additional ingredient was an extra Euro. I asked for cheese, onions and tomato. I wasn't entirely convinced the amount of onions they included (or lack thereof) merited €1, but the cheese really gave the omelette fantastic flavour and the tomatoes were a welcome, healthy addition too.

Another thing I dig about Dutch breakfasts is how generous they are with the butter. In this picture, there are two mini-sachets of butter, but if you wanted more, they would casually give you about five. Delicious (and enough to give oneself a heart attack!) 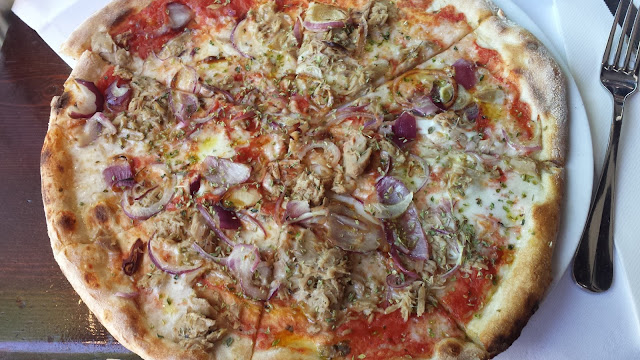 I ate this pizza at an Amsterdam restaurant called Casa di David, and the taste evoked memories of my favourite pizza place in London, Icco's. It had a thin base, which I love, and focused the taste of the pizza in the ingredients used in the toppings. I had a tuna and red onion pizza, which complemented the cheese and tomato perfectly. As it was an Italian restaurant, they had bottles of balsamic vinegar and olive oil at the ready, which I used to make a nice dip to dunk my pizza crusts in. Nom! 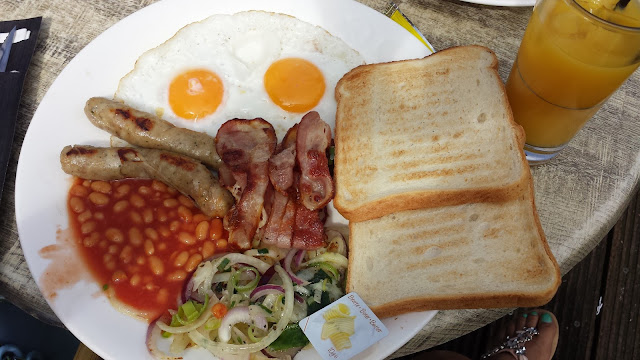 Again, orange juice is my drink of choice with my breakfasts! What I liked about this meal was that they allowed you to swap ingredients. I don't like mushrooms, so instead of them, I asked for onions (the more perceptive readers might have realised I have a penchant for onions). Due to being burned by that godawful Bella Italia breakfast, I was wary of how the sausages here would taste, but graciously, they were both moreish and healthy. The yellow egg yolk was also a nice addition to the meal; gave me something to dip my crusts into!
Posted by Emma at 6/11/2016 04:20:00 pm