The Neon Demon gets rated 18 by the BBFC. 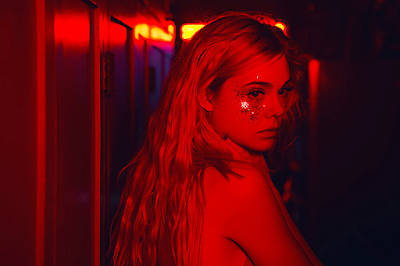 I was equal parts intrigued and horrified when I first saw the trailer for The Neon Demon before The Nice Guys last Friday. On the one hand, it features Elle Fanning, who completely won me over with her adorable turns in Somewhere and Maleficent, blossoming from pretty little girl into full-bodied woman. It also has Jena Malone, who was 50 shades of fierce as Johanna in The Hunger Games; exactly as I'd imagined her from reading the books. The setup: a group of L.A. models' slow disintegration into personal hell sounds quite dark; like a more interesting, less Oscar-thirsty Black Swan set on the catwalk. Fanning truly is a very gifted actress and this juicy role of the ingénue-come-manipulator sounds like one which will allow her to showcase the full range of her acting talent.

But, on the other hand, it's directed by that Nicolas Winding Refn pseud, who's snorefest Drive was so dull and pointlessly violent that even Ryan Gosling wearing a scorpion jacket couldn't salvage it. From The Neon Demon's trailer alone, you get ample glimpse of Refn's two favourite cinematic elements: ultra-violence and pretension, of which the full-length feature will no doubt feature more of.

Today, the BBFC released their rating + short insight for The Neon Demon, and, like Refn's Drive, Bronson and Only God Forgives, it also got an 18. No surprise, given the director's overt fondness for casual hammers-to-faces, and the like. As you know, I basically stalk the BBFC's website to be up to date with their ratings and justifications. The reason for the 18 to TND is quite an eyeful... 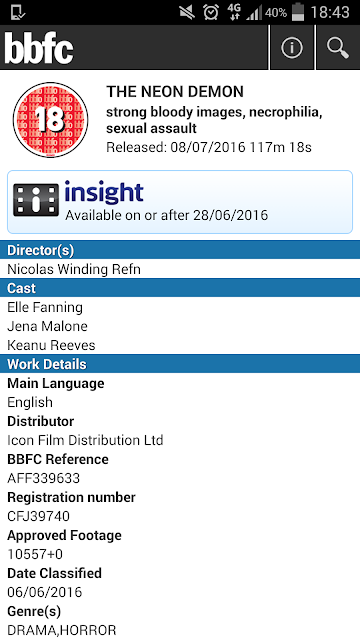