Continuing with the picspammage of my Amsterdam trip, here be some photos I took from the Heineken brewery! 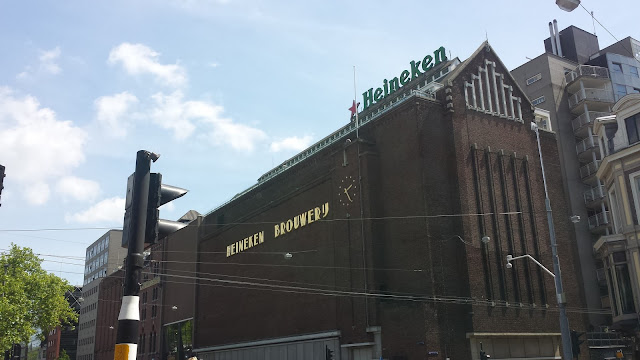 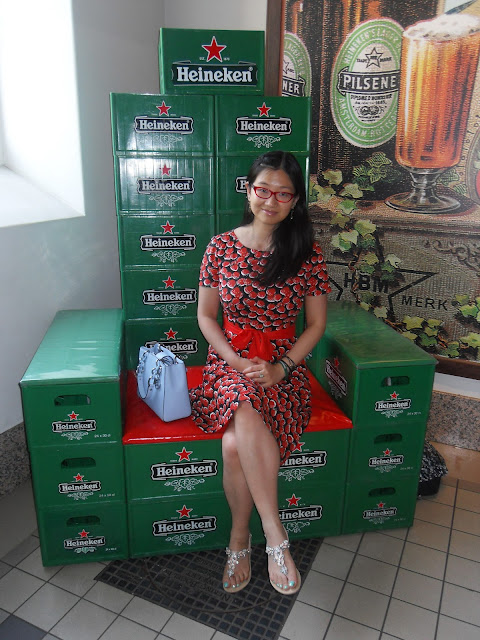 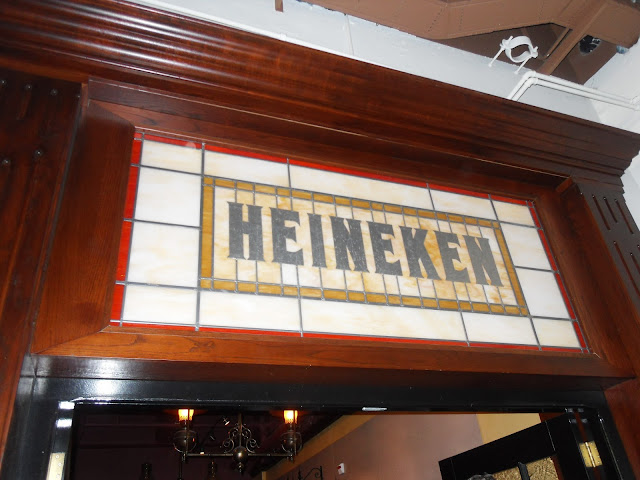 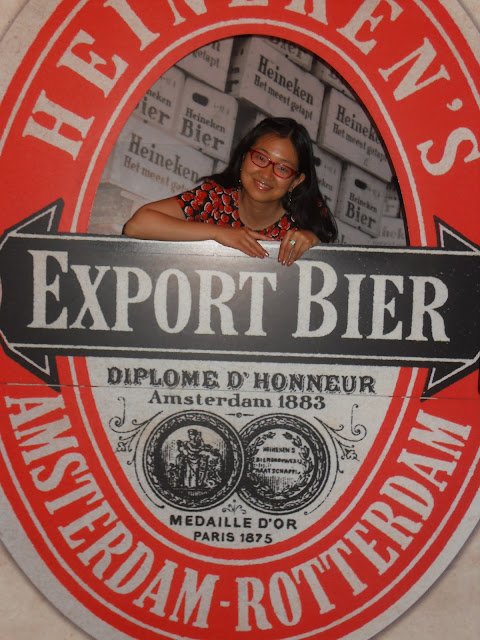 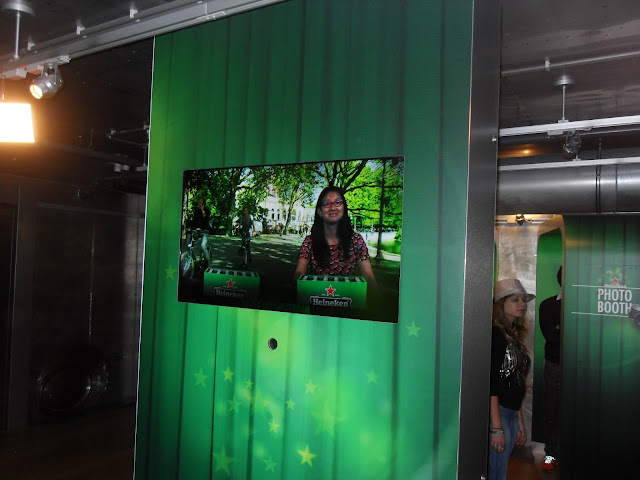 This was too cute... you ride a bicycle whilst singing along to the lyrics on screen, all the while being projected up onto the screen there! 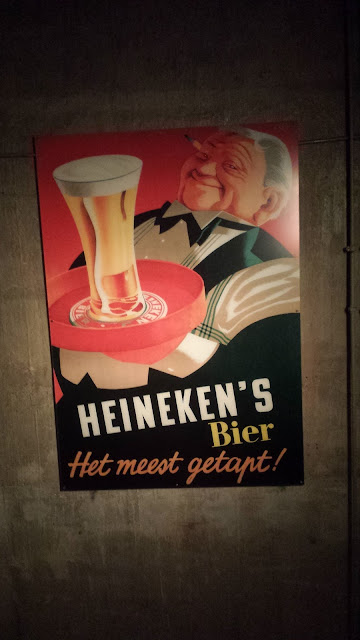 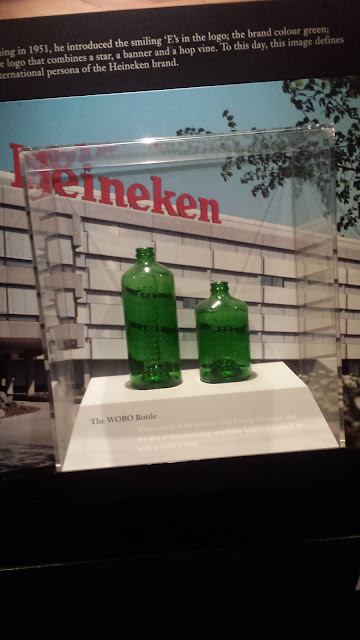 The drink Heineken always makes me think of the scene in Blue Velvet when Dennis Hopper's deranged murderer rants about how much he hates it; 'Heineken? Fuck that shit! Pabst Blue Ribbon!' But I, unlike Frank Booth, don't have quite such strong opinions against the drink. 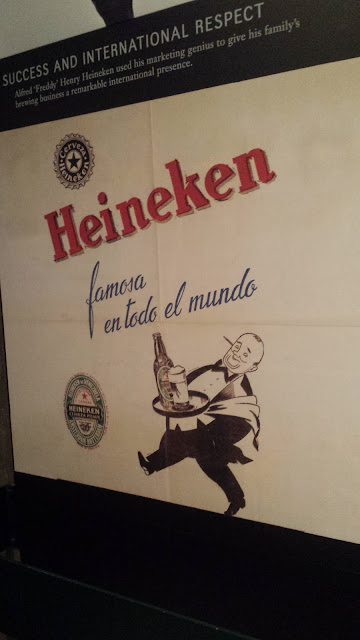 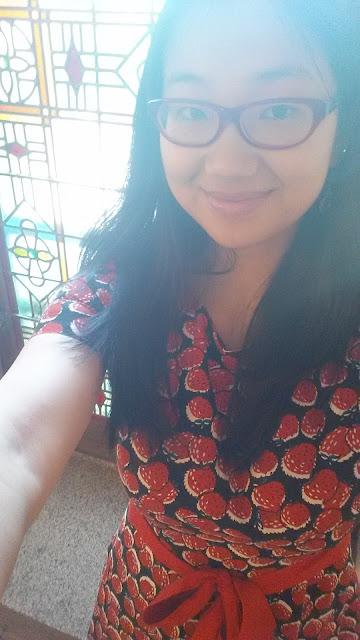 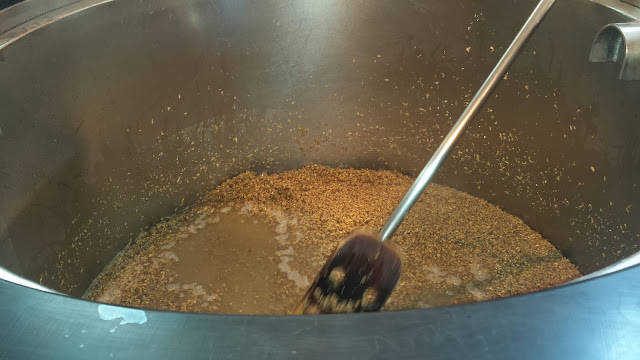 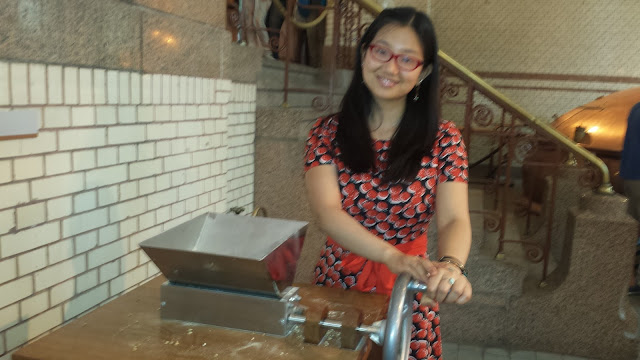 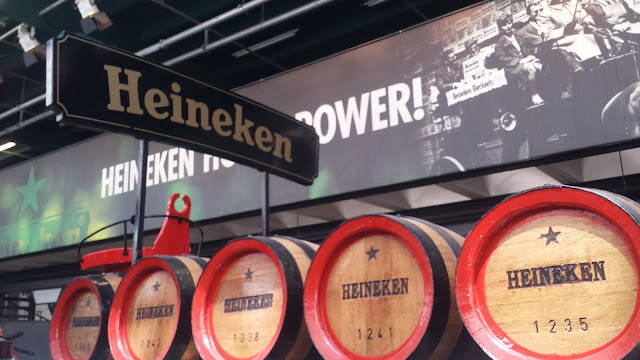 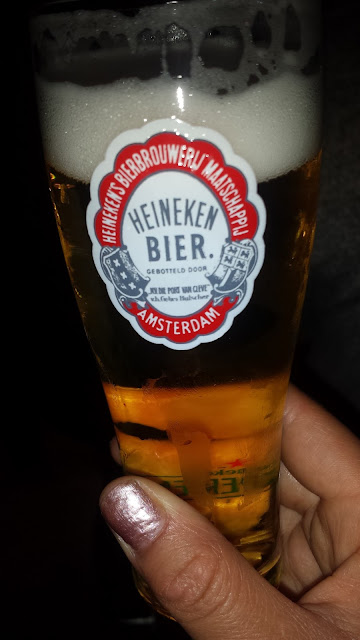 The tour guides gave us a seminar on how to drink Heineken properly! 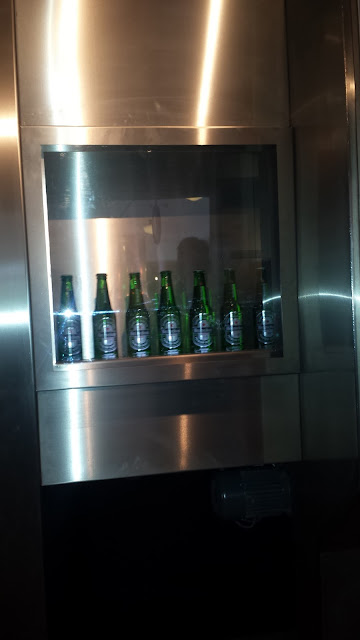 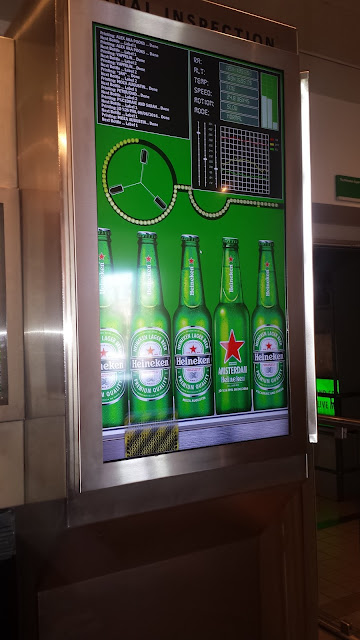 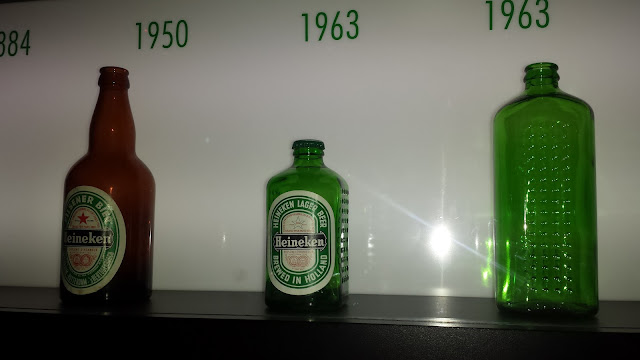 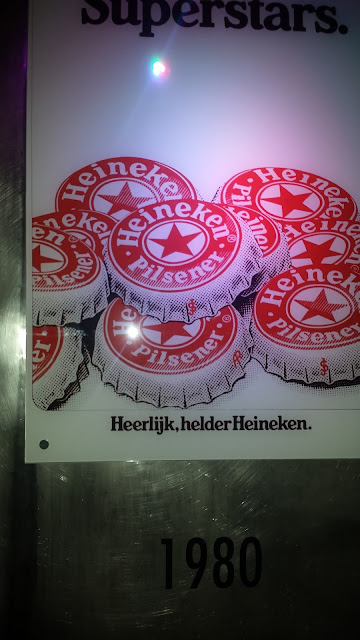 Heineken adverts through the ages! 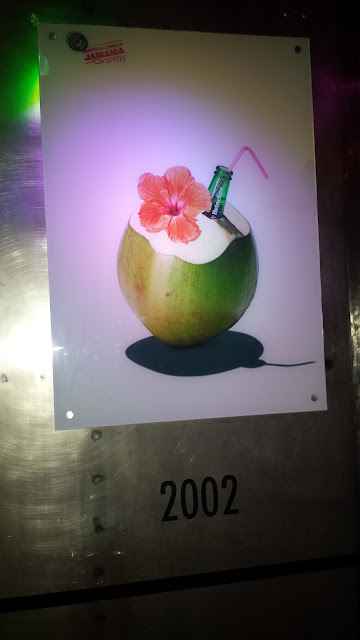 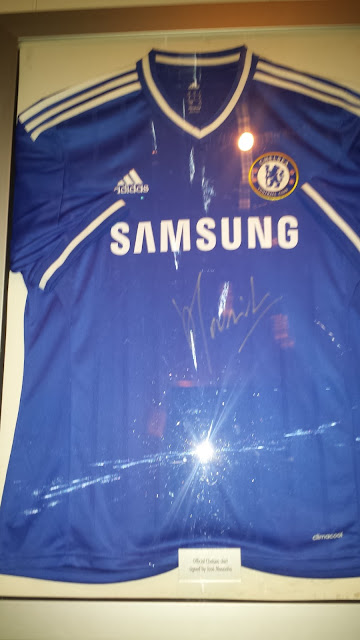 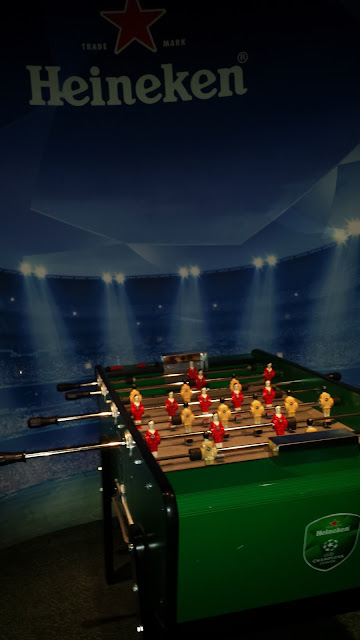 I find alcohol much more enthralling than I find old cars, so the Heineken experience was much to my approval. Towards the end they gave us a 4D tour, where you watch a film about the brewing process, and water actually sprays you, as if you're a hop particle, which was good fun.

Also, for the ticket price of ‎€16 includes two small glasses of Heineken (in addition to the free one you get with the beer-tasting), so at the end of the tour, you can unwind in the friendly Heineken bar.
Posted by Emma at 6/18/2016 03:24:00 pm