Jamie Vardy's racist outburst against a Japanese man and the Dilemma this causes me as a British-Chinese Football Fan. 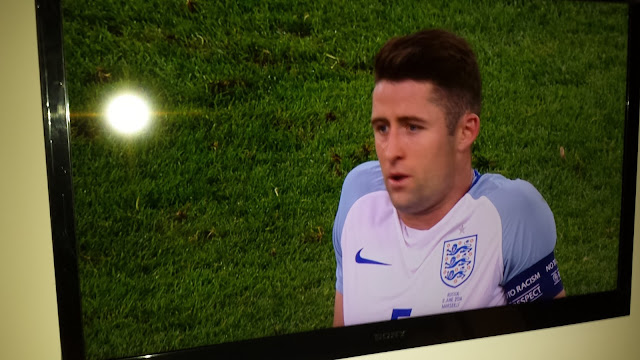 Oh, for crud's sake. I was all ready to denounce the England National Team this year, for two main reasons.

Firstly, too many years of hurt and disappointment supporting this clownshow of a national team has taught me to expect absolutely nothing from this motley crew of overpaid primadonnas. The fact that Wayne Rooney, also known as Shrek, is the captain of England, and the fact that Gaz Cahill is the only Chelsea player in the 23-man squad, further fuelled my antipathy towards the England squad. Of the starting team yesterday, five of the players played for Tottenham. It would feel weird rooting for them given that during the season, I do anything but.

The other issue is less petty and a little more substantial. England footballer Jamie Vardy, who played no small role in Leicester winning the Title  this season, was recorded racially abusing a Japanese man in a casino. In the video, he, thinking the man was peering at his cards, called the man a 'Jap', and the look of contempt on his face accompanying it meant this wasn't some friendly shortening of a word. He was sneering at the man because he, an Englander, perceived the east Asian man, to be inferior to him.

That in itself is problematic enough. But what I really took issue with was the way the British media completely airbrushed this incident from history. To them, Vardy's transgression in the casino would have betrayed the fairytale of underdogs Leicester winning the Title, so it was more convenient just to ignore it. To forget it. To bury it.

Which is all very well for them and their narrative, but what kind of message does that send to east Asians living in the UK, of which I am one? This is the same British media who wrote reams and reams of column inches on John Terry,  Luis Suárez and Nicolas Anelka. Yet the Vardy issue gets nowt? Paul Doyle of The Guardian, in his write-up for Vardy in 2015's Top 100 Footballers list, even went so far as to calling Vardy 'Cinderella'. There must be a few pages missing in my copy of Cinderella, then, because I don't remember the part where she racially abuses a Japanese man in a casino, and no-one condemns her for it.

The reason this issue has bothered me so much is that by not calling out perpetrators of racism against east Asians, the media are implicitly signalling that racism against east Asians is acceptable. When I used to work at my old company, this bellend called Stefan used to get drunk and call me a 'Ching Chong Chinaman' for the shits and giggles. No-one chastised him about it, thinking it was no big deal. But I was seriously bruised by this. (Stefan, by the way, would later try to clumsily woo me via e-mail. So he clearly had a case of 'The China Syndrome' - fancying a Chinese person, but, seeing the Chinese as below him, full of self-loathing about it).

So, every time I saw Jamie Vardy's ugly-ass face (he sure ain't no Jamie Redknapp, that's for sure), it triggered horrible memories of every time Stefan had called me a racial slur and gotten away with it. Or every time my pressed ex-boyfriend Theo posted something shady about Chinese people on Facebook, just because he couldn't handle the fact that a girl, who happened to be Chinese, had the temerity to dump his Royal Highness.

It was for that reason that I had detached myself from the National Team, even though Vardy himself wasn't starting against Russia yesterday. I didn't want to root for a nation that was complicit in normalising racism against my people. I had all but told myself I was gonna support France, because Antoine Griezmann is a honey: 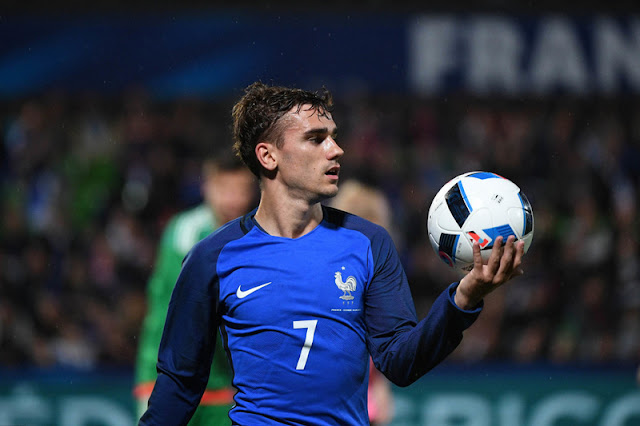 But, yet, when Eric Dier struck that gorgeous free-kick, I cheered. I cheered like I cheered Eden Hazard's late equaliser against Spurs at Stamford Bridge back in May. I was giddy. I was elated. England had played extremely well, yet, up until that point, had nothing to show for it. It was, ironically enough, all very Spursy.

The Spurs-ification of England wasn't quite complete yet, tho. In injury time, the big Russian defender Berezutski, being marked by Alli and Rose, easily out-jumped them to head an equaliser.  After England had played so valiantly as well. Now, THAT was Spursy.

I was surprised how annoyed I was at the equaliser, given the many internal pep-talks I'd given myself about not supporting England this year, and the no small grudge I was nursing to everyone related to the national team over the cover-up of Vardy's racism. The Chinaman in me wanted to gloat about the karma. But the British football fan in me was irked.

I imagine this awkward brand of conflicted feelings will continue throughout the Euros, until England are eliminated (which could be sooner rather than later now). But there are two facets of my personality that are difficult to reconcile. On one hand, I've lived in England since I was three. And I'm a massive football fan. I'm not one of those attention-seeking contrarians who like to see their national team fail just so that they can be oh-so-different. Of course I want my country to succeed.

But on the other, I am not a white British person. I'm a Chinese British person. So naturally, over the years, I've experienced racism. Usually I suppress it, because I want to stay positive. And I know it could be tonnes worse in other countries.

But the conflation of Stefan's persistent taunting me at my old work, my wasteman ex-boyfriend's not-so-subtle shade-throwing at Chinese people on social media, and now the Vardy cover-up job by the British media (especially those clowns at The Guardian, but then their football writers would know about covering things up, now wouldn't they? #cryptic) has just pushed me to breaking point. I can't sit back and just accept racism against my kind any more, ok?