When the BBFC TMIs.

Last week, my brother and I caught up with White Gold, a show about three wheeler-dealer window salesmen in Essex in the 80’s, on iPlayer. Written by one-half of the team behind The Inbetweeners and featuring two of the four lead actors from the show, it’s also about half as good as The Inbetweeners.

The main issues with the show were that it tried too hard to be funny, and Ed Westwick (Chuck Bass from gossip girl)’s character was a deeply smarmy, dislikeable bloke. I think the cover of the DVD pretty much tells you all you need to know about this show: 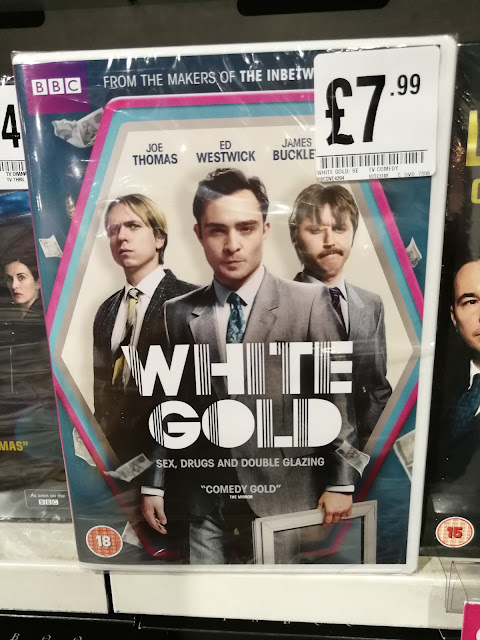 I miss Simon Bird. So much.


Just like The Inbetweeners, the show is rated 18. It got its 18 certificate for episode 4 of season 1, which contained 6 uses of the c-word, which, in a 28 minute episode, far surpasses the ‘infrequent’ allowance at 15. Three of the c-words were said in the presence of women and all aggressively directed, to use the BBFC’s parlance.

The other 5 episodes in season 1 are all 15 rated for reasons including very strong language (but less venomously said and more infrequent than in the 18-rated episode), sex, sex references and drug-taking.

The solitary 18-rated episode means that, by extension, all of season 1 is rated 18. The short insight at the back of the DVD should only list what made it 18-worthy, which was the very strong language. Yet, look at the short insight on this DVD packaging I clocked in HMV: 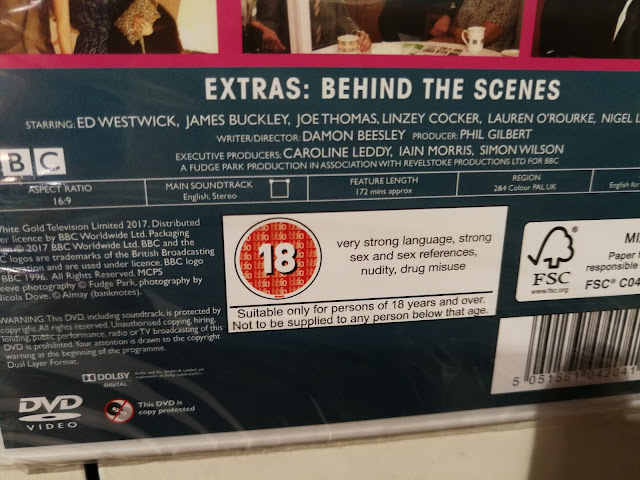 Everything other than the first component is why the other five episodes got rated 15, and thus, superfluous to the short insight.

For example, Elle is an 18 because of the rape scene, and the short insight succinctly tells you as much: ‘sexual violence’. The film also has swearing, strong sex and sex references, as well as some nasty violence, but they would be contained at 15, so the BBFC didn’t waste valuable words flagging that in the short insight, because they weren’t 18-worthy.

Do you have any other examples of short insights for films and TV series, where the BBFC do the equivalent of basically giving ‘too much information’?