My eyes are small, bordering on non-existant. Usually in photos, I'm able to disguise this by hiding them behind sunglasses. However, this isn't really an option for graduation (or at least, I'd bloody hope not; imagine how bizarre I'd look strutting up on stage to accept my certificate in a pair of shades), so I've had to resort to more conventional eye-opening tricks of the trade. The standard one, of course, is mascara, but my success with the sooty-eyed-eyelash-lengthener has left me a state resembling the bear of my homeland in the past, so it was no surprise that I approached this product with trepidation. 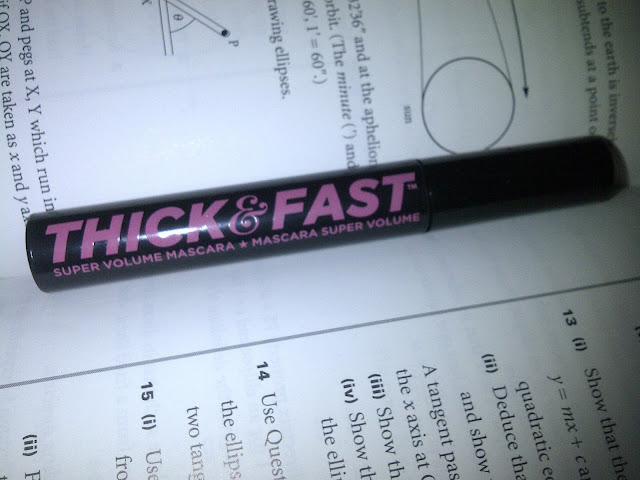 Relatively inexperienced with mascara I may be, but even I knew enough about them to realise that this was a complete dud of a product. As aforementioned, my eyes & eyelashes are already woefully short, so you could argue that this product doesn't have a whole lot to worth it. But them, the counter argument is, as my eyelashes are so short, you would think any impact, however small, would be noticeable. 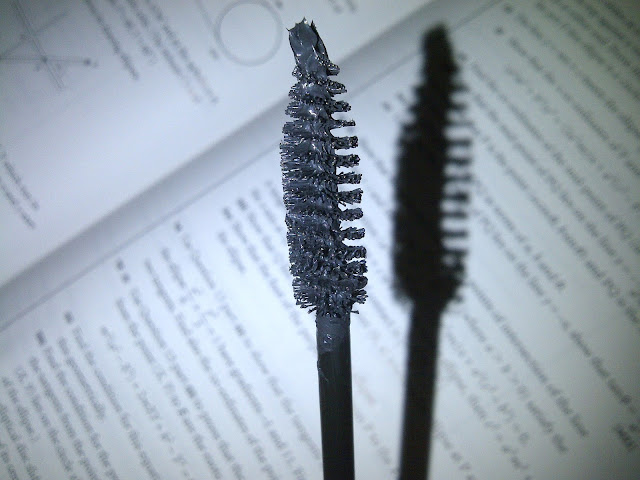 Well, the only real impact this item made on my eyelashes were that they made each individual hair stick together, which was definitely not what I was going for. The formula was extremely, extremely clumpy and came out in solid clots. Furthermore, its longevity was equally woeful. I tried this one, then stayed in my bedroom and red a chapter of a book, and then inspected my eyes, by the time which I noticed that what infinitesimal difference it made previously had worn off, leaving black marks under my eyelids instead. Definitely not the effect I was after.
I won't even go into the side effects of how application of this mascara made my eyes water, and various other horror stories it incurred. I'm a big fan of Soap and Glory skincare items, so thought it was a safe bet to pay £10 on this mascara. As it turned out, I was conned by the name and the pretty packaging; money down the drain. Never again.
Grade: F
Posted by Emma at 7/01/2013 11:22:00 am