I’ve restricted the options to just songs from Disney musicals, as opposed to songs that appeared in Disney non-musicals, such as ‘When She Loved Me’ from Toy Story 2, otherwise it would have made a hard task even harder (I love ‘Le Festin’ from Ratatouille)!

07. Hellfire – The Hunchback of Notre Dame (1996)
A left-field shout, given the crux of this song is about the sexual frustration a pious priest feels towards the beguiling gypsy Esmeralda. But I had to nominate Hellfire because it’s memorable, taboo, and tonally, so recherché (what other Disney film features the line ‘he made the Devil so much stronger than the man’?)

Essentially, the message of Hellfire is ‘if I can’t have her, no-one can’. It’s every possessive ex-boyfriend, immortalised in a Disney song, and fits in neatly with the plot, as dastard Claude Frollo’s unsatisfied urges are his motivation for a Domino effect that leads to Paris burning. The religious imagery employed in Hellfire only go to compound Frollo’s sense of sinful lust for a woman he both despises, yet will do anything to possess.

I like songs which shine a torch onto the hypocrisy of religion, and Hellfire offers an insight to this holier-than-thou priest’s mindset. Turns out, his thoughts aren’t so holy, and the choir-like vocals accompanying Frollo’s disturbing soliloquy underscores this irony nicely.

(On a slight film ratings tangent, the likes of fluffy Frozen and Tangled getting rated PG when The Hunchback of Notre Dame, by far one of their darkest films, was only a U, is mighty misleading. It ought to be at least a 12 for the creepy overtones in this song alone).

Several Disney movies feature a song which signposts the pivotal moment the film’s protagonist starts to be viewed through a different lens from which their humble roots had afforded them up until now.

Aladdin’s graduation from zero to hero (see what I did there?) arrives in Prince Ali, which is sung entirely by the genie (Robin Williams), with which Aladdin had made his wish to become a Prince. The result is a great blend of exposition and entertainment.

In the song, the Genie adopts several personas, all highly complimentary of Aladdin. This, in turn, creates a multiplier effect, and the common man on the street believes that Aladdin is the handsome, minted, strong Prince that he purports to be. Aladdin is met with the adulation he always craved.

Robin Williams’ voice performance here is fabulous. The song lets him showboat his considerable talent for impressions, and the humorous, over-the-top renderings of all the ‘people’ he masquerades as in order to pull the wool over everyone’s eyes, adds to the false prophet motif.

Equally good is the reprise of this song, which Jafar sings later, when the balance of power has shifted from Aladdin to the villain. The lyrics are more mordant than in the original, but it depicts a salient message – that wealth and status can be taken from you in a matter of seconds – adroitly. 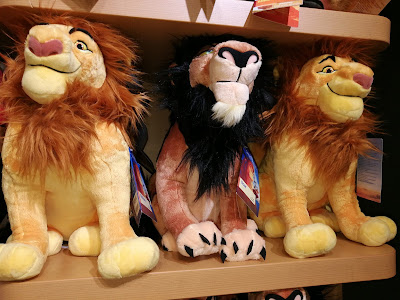 Given that The Lion King is an anthropomorphic version of Shakespeare’s Hamlet, it seems apropos that Disney would cast a compatriot of The Bard to voice the baddie. Said compatriot is the inimitable Jeremy Irons, one of my favourite actors (he did play Humbert in the film adaptation of my favourite novel, Lolita, after all) and my love for Jezza is partly why Be Prepared is my favourite Lion King song.

Be Prepared serves two purposes: it outlines Scar, Mufasa's bitter younger brother's cunning plan to the audience, as well as, in fitting with the rest of the songs in The Lion King, to entertain and get the audience bopping along to the music, however sinister the lyrics.

Scar's Machiavellian nous is evident in lines such as 'a shiny new era, is tiptoeing nearer'. He makes no attempt to mask his contempt towards the hyenas throughout, 'I know that your powers of retention / Are as wet as a warthog's backside / But thick as you are, pay attention', an oversight which will ultimately cost him.

Be Prepared is enjoyably evil, and hearing Jeremy Irons' cut-glass English accent drawl his lyrics in that languid manner of Scar’s is fantastic. You can detect the relish as he announces, ‘yes my teeth and ambitions are bared’, a neat piece of songwriting from Tim Rice, as it conflates the literal (Scar’s pointy teeth) and the metaphorical (his even sharper thirst for power).

It gives me no joy to mention it, but Mr. Irons was in two of my most despised films of 2016, the schlockfests known as High-Rise and Batman v Superman. He needs to have a word with his agent, because a man of his talent deserves so much better.

Captain Shang’s dismay at the incompetent soldiers he has to work with are amusingly interpolated with the “soldiers’” (including the titular character, in disguise as a bloke so her sick father doesn’t have to fight in the war) grumbles about how hard training is. The lyrics are amusing, the tune is catchy, and they are accompanied by entertaining visuals of the recruits falling clumsily at every hurdle.

I’ll Make a Man out of You comes at a turning point in the plot, the make-or-break moment. At Mulan’s nadir, Shang tells her to ‘pack up, go home, you’re through’, which for a less resilient character, would be an ideal Get Out of War free card.

Instead, she is spurred on by his lack of faith in her, and devises an innovative way of climbing to the top of the pole to retrieve an arrow he’d shot. Given the tough time Mulan has had in the army so far, both from the Captain and her fellow soldiers, the emotional payoff of seeing her succeed is incredibly inspirational.

Without signposting it explicitly, the final shot of the song suggests that there are admirable qualities in male and females, and that by combining traditionally masculine traits such as strength and graft with feminine ones like creativity, one will reap the ultimate reward.

In I Won’t Say I’m in Love, Hercules’ love interest, the gorgeous but cold Megara, delivers a monologue about how having her heart broken in the past has left her cynical, and that she no longer has time for men.

Those are the words she’s reciting, but it’s a classic case of ‘methink the lady doth protest too much’, because her goofy grin when she thinks about Hercules betrays an altogether different sentiment.

Up to this point, Meg had been portrayed as nothing more than a sassy love interest, but this song brings dimension to her, and gives context for why she’s ostensibly so callous to the hero.

When she laments ‘if there’s a prize for rotten judgment, I guess I’ve already won that’, I detected genuine pathos and vulnerability. This modulates over the course of the song, such that at the end, when she murmurs ‘at least, out loud, I won’t say I’m in love’, and from the dreamy delivery, we know Megara isn’t quite as sworn off guys as claims to be.

The juxtaposition of Meg denying that she likes Hercules, with the muses goading her, ‘who’d you think you’re kidding, he’s the earth and heaven to you’ (again, shrewd song-writing in that it touches upon the fact that Hercules is a demi-God) illustrates the losing battle she’s fighting by repressing her emotions.

Like all good romances, the song tantalises with hope. 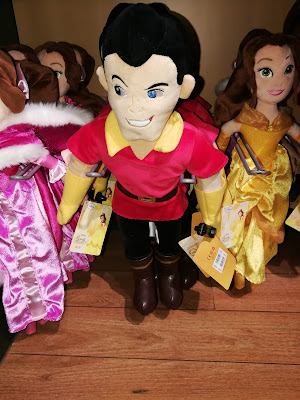 Just like Jeremy Irons, one of the singers of this song, Luke Evans, played a baddie in High-Rise. He was also in another 2016 movie that I thought was crap, The Girl on the Train, meaning I didn't have many expectations for him as Gaston in the live-action reboot of the 1991 animation.

Which goes to show, people can surprise you, because Evans was terrific in the role, capturing his arrogance and self-obsession, whilst exuding enough charisma for the audience to understand why poor Le Fou puts up with him.

Gaston is the only song in this list to have been written in ¾ time (as opposed to the more common 4/4), and the time signature renders it akin to a rowdy barroom waltz, something which is accentuated by the drunken antics of all the players involved.

There have been some minor alterations to the lyrics from the 1991 film, and these ebb and flow better with the visuals. Unlike other Disney songs where there’s some respite between verses, all the lines in Gaston come tumbling out in one go.

Evidently, Le Fou is keen to tell Gaston how much he admires him, about everything from his physique, his wrestling skills, and, ironically, his bullying nature. Gad and Evans play off each other wonderfully in this song; Gaston lounges lazily whilst Le Fou gets everyone in the pub to extol Gaston’s virtues.

Josh Gad voiced Olaf in Frozen, and the comic timing he exhibited there is dialled to an eleven here, in conjunction with a strong vocal performance. Acting and singing is hard. In Gaston, he acts, sings and captures the comedic elements of the entire song. Gaston wouldn’t be half as infectious as it is without his energy.

Appropriately, given the film is set in France, Gaston epitomises joie de vivre. And, despite the object of the song being an egomaniac, it illustrates something that is common to everyone: when one is at their most depressed, nothing cheers us up more than being showered with compliments. 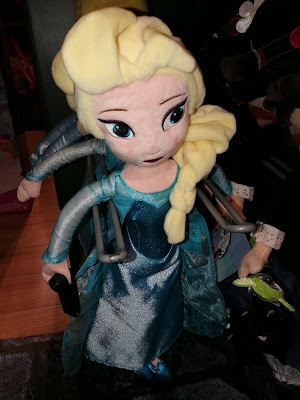 I pretty much said everything in my favourite songs from Frozen post about this masterpiece of a song, although I did forget one intricacy that I really love about Let It Go that is overlooked by some. In the instrumental at the start, there is a tinkle of piano notes. These notes were also played in the other great song from Frozen, Do You Want to Build a Snowman?. I absolutely love it in movies when there’s a theme that recurs!

For all the reasons listed and more, Let It Go is one of the first songs I choose to sing at every karaoke. It’s just so much fun to flick my hair at the end and announce, ‘the cold never bothered me anyway’.
---

What are your favourite Disney songs?

Great list my favourite is anything from the lion king

Hey Steve! THE LION KING certainly has some bangers. In addition to Be Prepared, I also love Can You Feel the Love Tonight and I Just Can't Wait to be King.

It's here! The Girl On The Train Audio Book is now available as an AudioBook.

Hello! Do you use Twitter? I'd like to follow you if that would be ok.
I'm absolutely enjoying your blog and look forward to
new posts.

I think this is one of the most important information for me.
And i'm glad reading your article. But should remark on some general things, The website style
is ideal, the articles is really nice : D.