Philip Carey (Leslie Howard), a man with club foot, embarks on medical school, having been told he has no aptitude for artistry. One day, when out with friends, he meets a tarty, coarse waitress named Mildred (Bette Davis). Despite her unattractive personality, her unusual but not altogether becoming looks, and her barely-disguised contempt for his physical condition, Philip falls hopefully in love with her, an attachment which she flagrantly abuses. 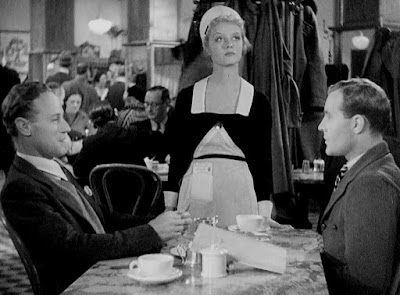 The 1934 film, adapted from W. Somerset Maugham’s semi-autobiographical novel, essentially plays out as a thesis on the ‘treat them mean, keep them keen’ adage. After having been burnt by Mildred once, Philip finds solace in the arms of an intelligent and kind penny romance writer Norah. However, it’s not long before Mildred comes crawling back, leading Philip’s feelings for Norah to evaporate.

Poignantly, and with the poeticism that only a writer could conjure, she reflects how it is coolness of emotion that draws on person to another, and she is bound to Philip like he is to Mildred.

Watching Philip, a character blighted by an inferiority complex due to his physical disability, repeatedly allow himself to get played by the shrewish Mildred, makes for uncomfortably viewing, something that is accentuated by Leslie Howard’s performance, adopting a lost puppy-like gaze whenever he regards Bette Davis. 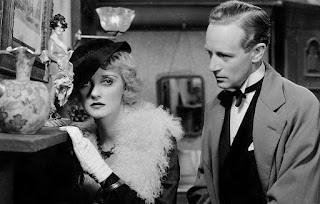 For her part, Davis’ performance sadly hasn’t aged too well – it is devoid of the nuance that is favoured in modern performances (such as Amy Adams in Arrival), but kudos to for her bravery in taking such a dislikeable role. Mildred would set the standard for characters Bette Davis would go on to portray on screen, the majority being difficult women who couldn’t be tamed. And even with the differences between classic and contemporary acting styles, she still has one very effective scene, where she goes from imploring Philip to morphing into a callous harpy in the space of 10 seconds.

As someone who finds great consolation in films where the protagonist gets put through the wringer, with an eventual redemptive payoff (something about the ‘Andy Dufresne crawled through a river of shit and came out clean on the other side’ trope really appeals to me, it was probably because I regard my secondary school as a prison, but I’ll leave the psychoanalysis to Freud), Of Human Bondage resonated with me. Whilst Philip’s fixation with someone who treats him so badly is infuriating to the viewer (particularly when it affects his performance at Med School), this counter-intuitive behaviour will ring true with most people.


As such, despite being released 83 years ago, Of Human Bondage contains far more emotional frankness than the wishy-washy, downright dishonest romantic films of today (I’m looking at you, Silver Linings Playbook). By the time I had finished watching, I felt I had been on a journey with our hapless protagonist. And despite the bumps, it  was a journey worth making.

There is a chance you're eligible to receive a $350 Ikea Gift Card.