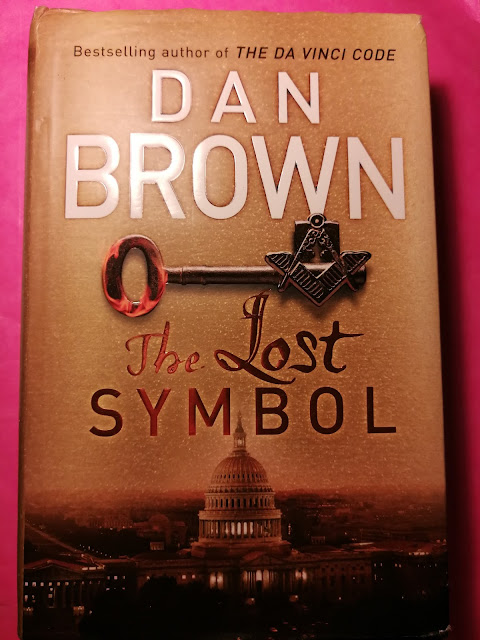 Robert Langdon, the Harvard professor whose impressive cognitive abilities was put through their paces in Angels and Demons and then The Da Vinci Code, finds himself at the centre of another mystery. This time, it involves the kidnapping of his close friend, Peter Solomon, a renowned member of the Freemasons. Along with Peter’s scientist sister Katherine, Langdon must piece together the fragmented clues to get Solomon’s abductor the information he strives, if he wishes to see his friend alive again.

The book that propelled Dan Brown to stardom, 2003’s The Da Vinci Code, was pure popcorn reading. It was corny and its plot machinations were oh-so-convenient, yes, but the background was extremely well-researched (or, at least, came across to me, an art novice, as having been so), and despite the ‘join the dots before time runs out’ conceit sounding familiar, the novel setting for the thriller and the pseudo-art history lesson that accompanied the story, meant that very little about The Da Vinci Code felt stencilled. I would rate it a solid 8/10.

Unfortunately, since he’s found fame and $$$ with The Da Vinci Code, Dan Brown appears to have stopped trying, with The Lost Symbol representing a nadir in his bibliography. That this book succeeds The Da Vinci Code and precedes Inferno in the Robert Langdon book chronology, yet was completely skipped over by Hollywood for the Tom Hanks movie series, is quite telling. It’s so poor, even Hollywood rejected it.

The Lost Symbol feels like The Da Vinci Code has been repackaged, so that it’s set in Washington DC rather than Paris, and the backdrop pertaining to the Freemasons, rather than famous historical paintings. The author tries to disguise this by adding a few subplots and supporting characters here and there, from unfriendly CIA agents, chatty assistant researchers to Noetic pseudoscience, but I could recognise the hackneyed outline a mile off.

It’s a shame, because even when he’s phoning it in, there are flashes of panache in Dan Brown’s writing. These usually came in the form of internal monologues; I giggled twice at things characters thought. One was when a CIA agent clocked Langdon and found it difficult to reconcile his bookish appearance with his action hero exploits, ‘This guy eluded the French police… in loafers?’

The other was when Trish, Katherine’s assistant, calls in a favour with a former colleague who once had the hots for her, but she rebuffed him. Telling him that the favour is for an important lady friend, the ex-colleague says to himself ‘Figures’. This one word is a perceptive commentary about the Entitled White Male psyche, and #MasculinitySoFragile.

The contrivances come thick and fast, and unlike The Da Vinci Code, I wasn’t so engrossed in the story that I could suspend disbelief. One of the most implausible things is how Tom Hanks’ character just so happens to be an expert on whatever Dan Brown’s pet project du jour is. I mean, I get that he’s a Professor of religious iconology and symbology, but Tom Hanks’ ability to reel off near-encyclopaedic knowledge about anything from the Illuminati, to the Holy Grail, to Freemasonry, especially in moments of extreme duress, is just too silly.

Then there’s the plot twist. Anyone’s who’s read any of Dan Brown’s previous books will recognise he has a certain way of embedding clues for the reader, and such a manner has all the subtlety of an elephant. When I clocked him using repetition of particular line of dialogue, I sussed the twist. I then spent the rest of the book impatiently waiting for Brown to drop the Big Reveal, and gave a hollow laugh when the moment invariably arrived, so ridiculous as it was.

Something else unintentionally hilarious about The Lost Symbol was how crudely sketched the antagonist, a superhuman named Mal’akh, was. We’re supposed to believe a man is capable of growing almost twice in stature and width over a few years, purely through rigorous exercise and protein shakes? OK.

All of these flaws could be forgiven, if not forgotten, if The Lost Symbol was a breezy 200-page novel that recognised it was supposed to be entertaining pulp and didn’t host delusions of grandeur. Instead, it clocks in at a weighty 500+ pages, meaning it's a chore to carry around on public transport, as well as a total time sponge. Much like the villain Mal’akh, the book strives for significance, but has no idea what its significance is.

If you need your ex-girlfriend or ex-boyfriend to come crawling back to you on their knees (no matter why you broke up) you got to watch this video
right away...

(VIDEO) Want your ex CRAWLING back to you...?