As you may have gleamed from my review of Suicide Squad, I didn't think too much of Cara Delevingne's performance which her father bought her. I even wrote a poem about it: 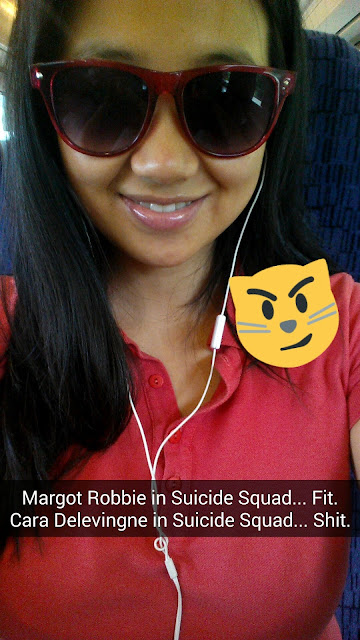 I may have spent quite a large chunk of last weekend Snapchatting friends videos and images of me whining about Delevingne's Razzie-worthy acting. Because it's not like me to go on about things, now is it? (On a completely unrelated note, do you remember in 2013 when The Guardian ranked Eden Hazard 100th in the world? A HUNDREDTH I TELL YA).

By the by, the BBFC responded to that insufferable e-mail I sent them. As you'll notice, I basically got fobbed off with a generic response. They even included links to the guidelines. As if I haven't studied those and memorised them off by heart! The BBFC is like, my specialist topic, yo! 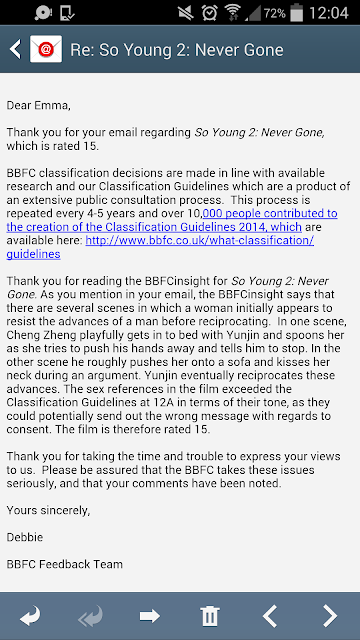 But oh well. I'll just have to let bygones be bygones and accept Too Young 2: Never Gone as one of the titles the BBFC rated 15, that I think is a dubious 15.

Suicide Squad, for all its talk of 'sustained threat', proved to be a bit of a bubblegum 15 in the end (I found the threat in the 12A-rated 10 Cloverfield Lane more intense). But I am grateful to the BBFC for awarding it, because it meant there were no kids in the audience, and I got to see it in relative peace.

However, I believe there was an oversight at the BBFC when they compiled their short insight. It's 15 for 'sustained threat, moderate violence' but they forgot 'strong horror'.