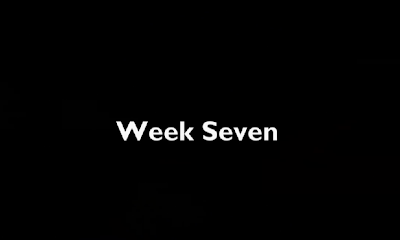 The contestants are woken up at 6am, told to pack an overnight bag and to meet Lord Sugar at the Tower of London. Jason, in true court jester form, insists that the only thing one needs to pack for an all-nighter is his big teddy. On the way to the Tower of London, Neil banters with Alex that hopefully it’s him going in the dungeon, an idea that I wouldn’t be averse to, if it sorts his bloody eyebrows out.

As it turns out, the location of Tower of London turns out to be quite tenuous link to this week’s task, which is to do with caravan holidays. The teams will go up to the Birmingham Motorhome and Caravan Show, where they will choose products to sell at the roadshow, one of which must be a high ticket item (ie a caravan). To rebalance the numbers in the teams, Lord Sugar moves Neil over to Evolve, so the teams each have 5 people in.

As someone who has had caravan experience, Kurt nominates himself as PM for Endeavour, and despite Alex also putting himself forward, Kurt is by far the more popular choice, so Alex relents. As for Evolve, self-proclaimed natural salesman Neil elects himself as PM. As someone who has been on a couple of caravan holidays over the years and despised each one, I fully agree with Jason’s sentiment when he demands “Why on earth do you go caravanning? What do you get out of it?” I’ll tell you what you get, a bad temper. So personally, if I were doing this task, I’d most certainly not want to be PM, because I simply couldn’t muster any kind of enthusiasm about it.

Evolve and Endeavour must each pick two cheaper items in addition to their caravans to sell. These include a children’s adventure box, a boat with a lid, an electric bike, a mini-BBQ or a chair with a hood. Both Evolve and Endeavour have their eyes on two items – the children’s adventure box, and the electric bike, although Myles covers his bet by buttering up all the producers. However, his enthusiasm isn’t mirrored by Leah and Natalie, and they really shoot themselves in the foot by trying to negotiate with the vendor of the children’s playkit, when she’s adamant she doesn’t need to lower the price. They repeat this same mistake with the supplier of the electric bike, so then it’s not surprising that both items go to the other team, leaving Endeavour with two second-choice products.

Arriving to hunt for a caravan, Jason’s having the time of his life, joking with motorbike owners, much to the chagrin of Neil, who feels Jason isn’t taking the task seriously enough. When it comes to caravans, Evolve and Endeavour aren’t competing for the same products, as Neil goes for the fold-up tent-style camper, which although isn’t to his personal taste, sells very popularly. Endeavour go for the far more attractive retro-style camper, which I do like, but could potentially prove impractical as the majority of people who take caravan holidays are people older than 50, and the creator of the retro camper himself admitted the age range 35-45. So well shall see.

When it comes to selling the caravans, Kurt selects Myles to do it with him, ahead of 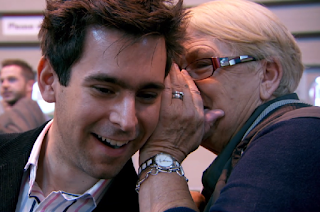 Alex, who gets annoyed because his age is bought into it and he “doesn’t like being talked down to.” Meanwhile, for Evolve, it is Jason and Neil put on caravan-selling duty, and Jason is proving very popular, particularly with the ladies, with his easy charm and flirty style.

Meanwhile, the electric bikes aren’t proving to sell quite as much as Evolve projected, with one passerby facetiously commenting on the £949 electric bike that he wouldn’t pay that much for a car. Nevertheless, Luisa manages to flog a few bikes, and her adeptness for selling is making Jordan, who has sold none, jealous. As annoying as I find Luisa, it’s quite nice to see Jordan, who has been pretty successful in the majority of his tasks, looking put out and find something that he can’t do.

Back at Endeavour, Myles’ straight-to-the-point selling style isn’t getting him anywhere, and Nick astutely observes that whilst this manner is suited to some kind of items, in a caravan roadshow, you’ve got to take the time to charm your customers, rather than just regard them as walking dollar bills. In fact, the first caravan sale of the day goes to Jason, which, whilst benefiting Evolve, you can tell it annoys Neil, who shows his surly side, saying “it definitely doesn’t make him the God of sales.”

Perhaps the worst caravan salesman of the four men is Project Manager of Endeavour, Kurt, who just slouches around casually. That kind of attitude doesn’t draw anyone in, and in a desperate attempt to close a caravan, he calls Alex to send over Leah for “eye candy”, which is a bit sexist, to say the least. Comedy gold, however, was created, when you saw the look on Natalie’s face when Leah was elected as the eye candy ahead of her.

Back in the boardroom, Neil’s team absolutely trounce Kurt’s, over £33k to under £1500. Endeavour sold NO caravans, and Evolve sold three, but they won the task on sales from accessories alone. The prize for Evolve is pretty awesome – they get to go up to the Manchester Velodrome and meet Chris Hoy! It’s a much more bitter pill for Endeavour, who have to face the harsh music of the café as they squabble over where they went wrong.

Kurt picks Alex and Natalie to come into the boardroom with him, although Natalie contests this, exclaiming “I didn’t scare off the bike lady”, one of the lines of the episode. I said at the end of my review of last week’s episode that there would be double firings this week, and indeed, there are, Kurt and Natalie, and it’s difficult to argue with those choices.

Alex, whilst a bit annoying, a bit full of himself, not to mention said “bespoke” this episode about 20 times, has built a business at the ripe young age of 22, and a lot has to be said for that. Furthermore, he committed very well to many tasks, including his acting as the “Colonel” in last week’s task, not to mention his inspired creation of the foldy chair.

Kurt went against common logic in picking the gorgeous retro camper ahead of the uglier but better-selling folding campers, and Natalie not only didn’t shine in this task, but her irritating tendency to well up every time she’s in the boardroom is not only tedious, but gives a bad image for women in business. This also isn’t the first time Kurt’s cocked up – remember flag-gate, and as other people on his team noticed, he used this week to try and show Alan Sugar what he could do, rather than try his best to win the task. So I’m glad to see the back of both of them.

The aww-bless moment of the episode was when Jason was summoned back into the boardroom to be praised on his selling, as he was plucked out of his comfort zone this week in a selling task, and he more than stepped up . “I hope to keep impressing you” he tells Alan Sugar, as he walks backwards out of the boardroom, as if terrified to turn his back on a Lord. AWW!

In The Apprentice: You’re Fired, I HAD to take a photo of the take-away gift that Dara O Briain gave Kurt, which was his “recycling chair” realised. Hilarious! 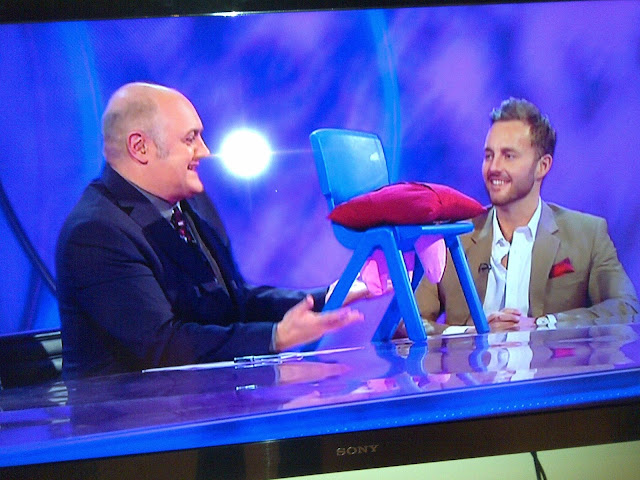 Next week, the contestants have to set up a dating website, which is just asking for lolz (in the preview, we see Alex bragging "I am the Christian Grey of the Valleys"). Watch this space!

On the way to the Tower of London, Neil banters with Alex that hopefully it’s him going in the dungeon, an idea that I wouldn’t be averse to, if it sorts his bloody eyebrows out. essays

At the network’s I wandered. By chance after your web site, read your post. chexsystem