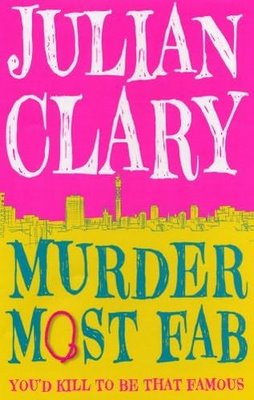 Having just suffered his first love and heartbreak, Johnny Debonair is uprooted from his farmhouse in Kent to the big city, where his grandmother enrols him in drama school, believing the change will do him good. However, his classes are filled with self-absorbed people, who think too highly of themselves, and he soon becomes disillusioned with acting, long realising that he won’t be going anywhere with his pipe dream.

An alternative route would be to follow the footsteps of his flatmate Catherine, a brassy nurse who supplements her meagre NHS salary with occasional dalliances into high-end prostitution. Soon, both get kicked off their day jobs and become full-time hookers, and uproot from scummy Lewisham to a classier joint in north London, along with an expensive cocaine addiction to match. In his travails as a gigolo, Johnny happens to screw the right people that lead him to become a popular television presenter, but it doesn’t come cost-free, the cost being a few casual murders.

I’m unfamiliar with Julian Clary’s stand-up comedy, but having read this book, I’m definitely going to browse some of his acts on YouTube. The novel is bawdy, morally ambiguous to the extreme and sixty different kinds of hilarious. Johnny’s experiences of being a rent-boy to a range of clientele vary from the amusing to the downright gritty and disturbing, but all the way through the author maintains a jaunty, upbeat tone, however degrading the stuff Johnny has to do. Similarly, it’s clear Catherine isn’t satisfied with her lot as a prostitute, complaining in one chapter “My fanny’s like a cake mix”, but hey-ho, that’s the hand life’s dealt with her, so she might as well enjoy all the Gucci handbags she can along the way.

As you’d expect in a novel about murder, there are a few twists and turns embedded throughout the story, and, whilst you have to suspend disbelief for some of them, it all adds deliciously to the bubbling witch’s brew of a plot. Blending a crime novel with such a jovial comedic tone isn’t easy, but Clary carries it off with considerable ease, even managing to get us to root for Johnny, a dark, twisted kind of way.

Each of the characters, whilst first appearing like caricatures, still feature astute observations, from those of the snobby British class system, to the trite-but-true fact that money doesn’t make you happy. Perhaps the character that Clary paints in the most fashionable light throughout the novel is Johnny’s mother, a hippie, free-loving nature lover. She is one of the few unpretentious people in the book, and she is happier for it; by shaking off the social norms that shackle her, she finds herself and the happiness that her son never truly attains.

Smut splashes off every single page, but at the centre of Murder Most Fab is a huge heart. This sounds paradoxical, considering the main character bumps several people off in it, but Clary manages it, all the more impressive considering this was his debut novel.

Despite Johnny’s oh-so-glamorous celebrity lifestyle, his life story is ultimately tinged with an  undeniable undercurrent of malaise, malaise at having lost his one true love, met up with him again, but then been relegated to being a mere sideline in his life. It is Johnny’s longing for this person that motivates his actions throughout his life, and whilst he does things that we as the reader wouldn’t be caught in a million year’s doing, reading about his adventures in doing so sure is an riotous, witty, and unbelievably funny ride.