First The Apprentice, now this? I bloody love my reality TV shows don't I? Oh dear...

Anyway. This week, the theme is number 1s. The number one its can have reached no. 1 anywhere in the world, and can be from any era in music, leaving lots of space for interpretation.

Something that Cheryl Cole clearly did not leave open to interpretation, however, was her fake tan. She is looking mighty, mighty, mighty orange. It ain’t a good look. 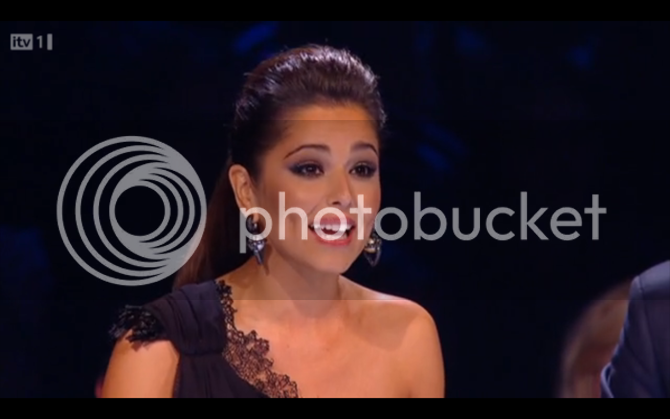 My thoughts on all the performances, in the order that they performed:

1. F.Y.D. They covered Billionaire, which is a good choice to pick because it’s still fresh in most of the target audience’s minds, and the vocal range is not terribly strenuous. Even so, the band did not start well, and about 20% of the song was sung out of tune by the band. I liked the cheeky change of “Smiling next to Oprah and the Queen” to “Smiling next to Simon and the Queen”, though I do believe BGT had the idea first (when Diversity sent up Simon Cowell in their final performance). The second guy who sung was much better than the first and harmonization was ok. The dancing was very good and tidy, leading me to agree with Louis when he said that they were better dancers than they were singers. In the second verse of the song, they tried to jazz things up with more funky dance moves. Cheryl commented that she actually wanted to see MORE movement from them, though, as Girls Aloud’s best dancer (but not best singer), she’d obviously say that. 5/10.

2. Matt Cardle. Awww, gotta love an Essex lad. :) His being from the Essex countryside will inevitably draw comparisons to last year’s Olly Murs, but already I am liking him a lot more than Olly; Olly was a great performer, but Matt seems very shy and unsure, which adds to his appeal for me. He performed When Love Takes Over, and, whilst I feel that he needed to command the stage more (his performance had very little movement apart from awkward gesticulating with his hands), he was vocally very strong, bar one or two shakes. I think Matt sadly still has a small-stage mentality, which is a shame because his voice deserves to take him far. 8/10.

4. Rebecca Ferguson. This Scouse soul sister had a real Anastasia-style quality to her voice, which perhaps wasn’t fully exhibited in her song choice (Teardrops by Womack & Womack), which was safely dubbed a bit of a “safe choice” by the judges. However, Simon told her that she had “enormous potential”, which I agree with, and that with the right song, she can put her voice to full use. She looked gorgeous as well, and has a genuinely humble quality that will easily win hearts. 7.5/10.

5. Storm. Oh dear. In the lengthy build-up that X-Factor wherein the contestants are allowed to draft somewhat of a sob story for themselves, Storm revealed that at 17, he sold all his things to pursue a career in music. Now, I don’t mean to sound cold, but, if he hasn’t been successful all this time, perhaps it’s time to call it a day? Throughout his performance, I was just thinking “mutton dressed as lamb”, and there was nothing in it that did anything for me. 2/10. 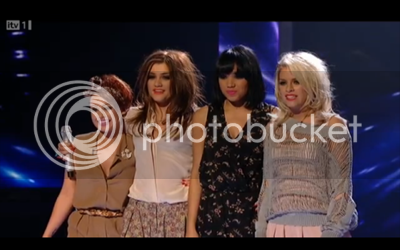 6. Belle Amie. Oh dear, again. One of my favourite songs of 2010 so far is B.o.B featuring Hayley William’s Airplanes, and this was the song they picked. And they completely butchered it. There was no team cohesion; they reminded me of Manchester City at the start when expensive players were just being shoved into the team; nothing about them gelled and the whole performance was very stilted. The rapping, dear god. Absolutely atrocious. I know, as someone who bastardized Kanye West’s Homecoming on YouTube (see below), I’m not really one to talk here, but you know you’ve got problems when a Chinese girl raps better than you. In short, it was a group of wanabes. Their lack of va-va-voom means they’ll be one of the first to be voted off, and quite frankly, I can’t wait to get shot of them. Awful. 0/10. 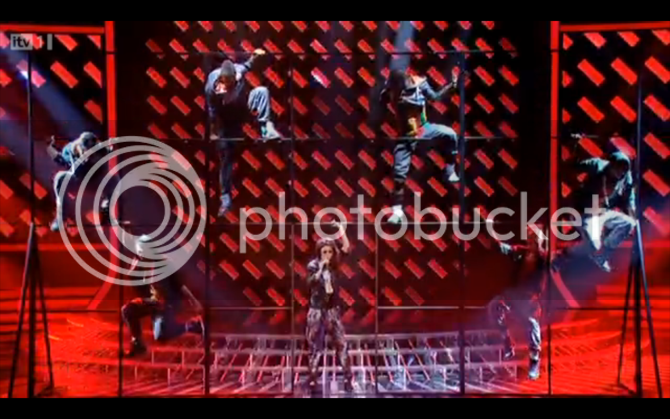 8. Diva Fever. Oh, they are FUN!! They were Simon’s wildcard, and in the build-up to their performance X-Factor showed them being told that they had made it after all. Conveniently, they’d both been with each other when told, which quells nothing about what the sexuality of this camp duo may be. But they’re camp and fun with it, and their performance even had a quick-change bit, which would have perhaps been more at home on Britain’s Got Talent, but was certainly engaging. In terms of the singing, I felt that the dude on the left dominated, barely letting his partner get a word in, and obviously vocally, it wasn’t the best. But they’re two cute, unassuming guys, and they deserve a decent run on the show. 6/10.

9. Paige Richardson. He sang Killing Me Softly, but I felt that what he was wearing (jogging bottoms, trainers) didn’t really fit with the song. Furthermore, he was singing about a woman rather than a man, and the way he substituted “her” into “his” into the lyrics jarred. Nonetheless, he sang quite well, and I agree with Simon that it was refreshing that there was “nothing surly about [him]” in being a wildcard pick – he’s back, and he just wants to make the most of it. 6.5/10 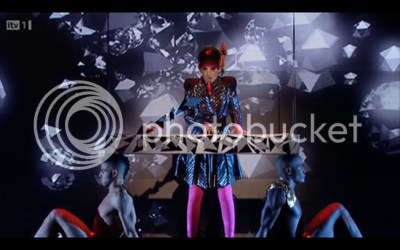 10. Katie Waissel. AHAHAHAHAHAHAHA. I lol’d. I’m lol’ing so I don’t weep out of sheer despair that such a piece of shit performance got this far on X-Factor. Part Queen, part Lady Gaga, part rah North-West London ditzy drama queen, she was sporting the most ridiculous crown (it looked like something a 15 year old put together for their DT Resistant Materials) and stood uncomfortably in front of a keyboard, one which I’m not even totally convinced it was her playing. She sang We Are the Champions, which is hilariously ironic because with a shit voice like that, the only thing she’s going to be a champion of is shattering glass. Louis commented that “the song is too big for [her]”, but that’s an understatement; The Crazy Frog tune would be too big for her. Get this scum off our screens, please. 0/10.

11. Mary. Vocally, she was astounding. She absolutely belted out James Brown’s A Man’s a World with conviction and power, and what a voice she has. However—a) she was wearing a ridiculous costume and had a camel’s toe and b) I’m not sure if she’ll survive the later rounds when up against the younger lot, who have sex appeal in spades, something which she most certainly does not. Only time will tell. 6/10.

12. Nicolo Festa. Oh, jesus. It really, really, really riles me that there’s goons like this clogging up out TV screens. His performance of Lady Gaga’s Just Dance was one of the most smug, self-satisfied things I’ve ever witnessed (accentuated with the fact that he wore sunglasses through the performance), and he pranced about the stage like a prima donna, not really doing anything of worth. At the end, when questioned whether or not he was a diva, he acted all indignant and said he wasn’t, which was one of the finest pieces of acting I’ve seen in years. If the career in music doesn’t work out (as it won’t), he could always become a rentboy. That would make use of his “talents” a lot better. 0/10.

13. One Direction. One Direction? New Direction? Who gives a flying pig?? Their rendition of Viva La Vida rivalled Belle Amie’s cover of Airplanes as one of the worst group performances in the history of X-Factor. I genuinely belly-laughed when one of the boys forgot his words and one of his “mates” stepped in. That Malik lad is a bit of alright (I’m probably not allowed to say this as he’s 17 and I’m 20, tut tut), but aside from him, I see no reason to flog this dead horse. 1/10. 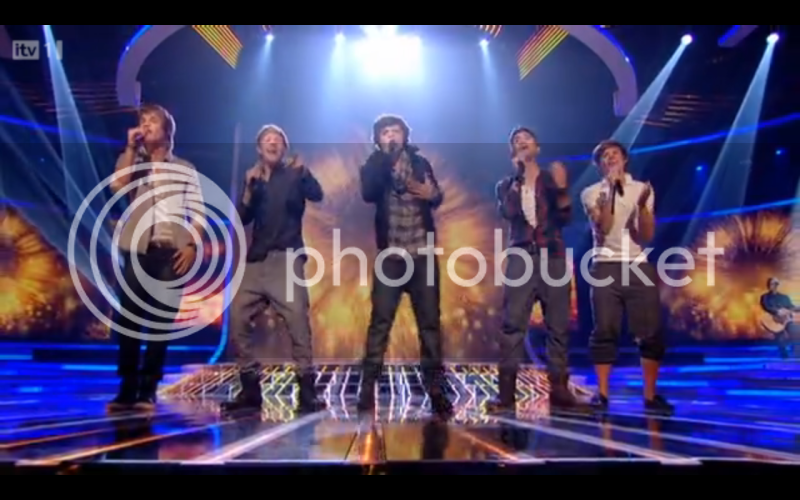 14. Wagner. He sang “She Bangs, She Bangs”, and he was fun and lively, but voice wise, not the best. Half-way through he modulated to Love Shack, which again, was great fun, but also again, didn’t really exhibit his vocal range. 4/10.

15. Aiden Grimshaw. Aiden sang “Mad World” by Tears for Fears, and such is the emotional depth of the song that it requires a certain amount of intensity, though Grimshaw’s attempts to act intense come off like he looks a bit constipated. Ha. His singing, however, was very very strong, so props for that. 7/10.

I agree with all of your 0/10s. Someone should take a shotgun and put it to Nicolo.

Emma, do you know what cinema Paige Richardson works at?