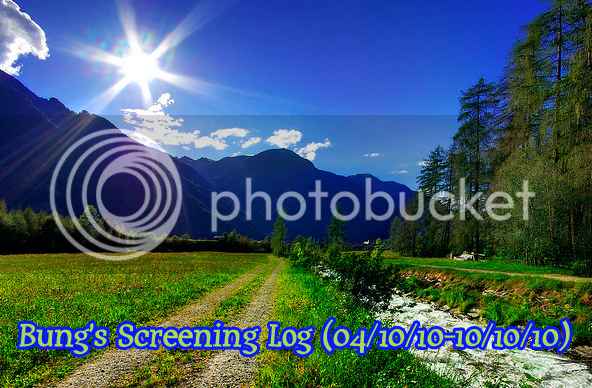 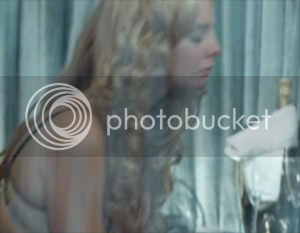 4.3.2.1 tells the story of four female friends in inner-city London who inadvertently get embroiled in a diamond heist. At the start of the film, they meet up in a café, then part ways for their own mini-adventures, not knowing that, over the next 48 hours, their paths will cross in more unorthodox ways. The film follows directly after they have parted ways, channelling the misdemeanours of each girl for the next few days. So far, so Tarantino. Except that, whilst I may find QT a little irksome in his continual self-advertising and self-love, at least he had something to be smug about. Noel Clarke, not so much. There’s split screen and samurai swords (as well as a tacky lesbian sex scene so that the lads are entertained) aplenty, but this film is a heavy case of style over substance. There are plotholes amongst plot holes in the film, and by fragmenting the foursome, it is difficult to find a single one who I cared about; Ophelia Lovibond is the self-harmer who is still bruised from an abortion she once had, Shanika Warren-Marland is a lesbian and wants everyone to know it, Tamsin Egerton a spoilt piano prodigy who swans about in New York spending her parents’ money and losing her virginity, and Emma Roberts a long-suffering checkout worker who pines for better days. None of the four leads give any kind of acting that’s worth a damn, Emma Roberts is and continues to have the kind of face that I feel needs a slap, though I will give credit where credit is due – whilst she can’t act for toffee, Miss Egerton does have astounding legs. The performances all uniformly below-par (bar perhaps Eastenders’ Michelle Ryan, who’s turn as a psycho bitch is at least entertaining), the dialogue is superficial and at times, cringe-inducing (Warren-Marland’s Kerrys sports a T-shirt saying Vagetarian, and the film’s shallow treatment of abortion leaves a lot to be desired) and despite the promising premise, ultra-cool settings in London and New York (my two favourite cities in the world) and soundtrack that hits more than it misses, this film is nonetheless an awful attempt to be with it. As a result, there is no story, no characters, and no quality. When you're an even worse British film of 2010 than Shank, you know you've got problems, blud.

Made in Dagenham (Nigel Cole, 2010)
From an unspeakably poor British film, to a much, much better one. Nigel Cole’s film tells of the Dagenham Ford strike in 1968. Led by feisty but down-to-earth Rita (Sally Hawkins, always lovely), the car-seat makers of the Ford plant decide that they deserve better, and, guided by Bob Hoskins, they take matters in their own hand. An unashamedly pro-women film, this delight does girl power far better than 4.3.2.1 ever could. As with 4.3.2.1, it’s anything but subtle (many characters have monologues and soliloquies talking about the strifes of being a woman) but such is the quality of Billy Ivory’s screenplay, that the film never feels manipulative, or force. And, unlike 4.3.2.1, the acting is stellar. Sally Hawkins is wonderfully natural and sweet, Bob Hoskins is amusing, Geraldine James is very very moving, and Rosamund Pike, though underused, illustrates the film’s key point that one should never skim the surface and automatically disregard a woman as just a pretty face. The costumes captured the earthy Essex chic wonderfully and overall, I walked out of the cinema with a big smile on my face.

The Prestige (Christopher Nolan, 2006)
Now, as you know, I wasn't the biggest fan of Inception. OK, that’s an understatement; I detested it and wanted my money back. But, I know that Chris Nolan is a mighty talented film director, and I wanted to reinforce this point by revisiting one of his more underrated films – The Prestige. Christian Bale and Hugh Jackman play magicians who’s friendship turns sour when a magic trick gone wrong has the latter’s wife dying. From then on, friends turn to enemy as the two continually look for ways to jeopardize each others’ magic acts. A wonderful study of obsession, The Prestige also boasts a clever look into the world of magic performance, as well as some REAL magic, which still turns my head. For once, Scarlett Johansson didn’t bug the crap out of me in her performance, and dual casting of her and Rebecca Hall had me cracking a smile at the Vicky Cristina Barcelona link. Michael Caine is as Michael Caine always is, awesome, and the cinematography, score and editing are all accomplished. Much, much, much more magical than Inception can ever hope to be.

The River (Jean Renoir, 1951)
In short, one of my favourite films of all time. 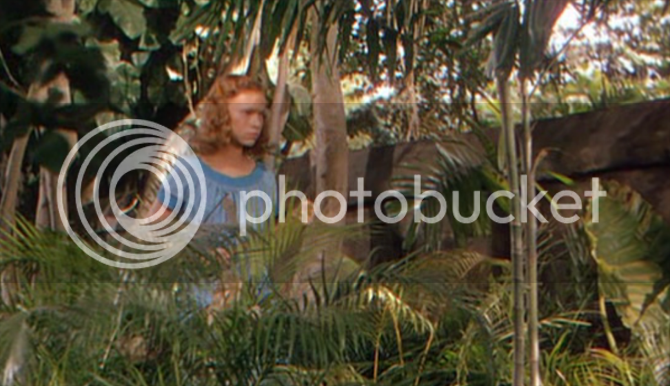 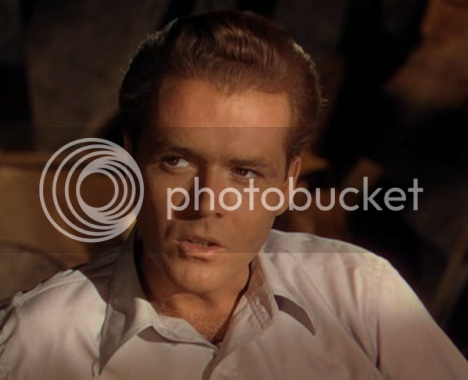 The film follows three girls – Harriet, Melanie and Valerie, and how their lives are changed by the arrival by a dishy (but troubled) soldier, Captain John (Thomas E. Breen, delicious). As an impressionable youth who often falls into and out of love, I connected with each of the three girls and their plight, and thought the portrayal of their crushes/infatuations accurate and true to life. The acting wasn’t really the best, but that is of secondary importance when much of the film is a love letter to India, and it is filmed so completely and utterly gorgeously. The lingering close-ups on the girls’ faces when they watch their beloved John are claustrophobic, but fully capture what it’s like to be young and in love, and the languid, philosophical pace of the film, whilst it may jar for some, really rang a bell with me. The ideal kind of film to watch in your PJs. Lush.
Sideways (Alexander Payne, 2004)
Paul Giamatti stars as Miles Raymond is a divorce, a jaded middle school teacher, aspiring writer and wine lover, on a road trip with his friend, bit-part actor Jack (Thomas Haden Church), the week before Jack’s wedding. Miles wants to play golf, taste wine and wind down, Jack would prefer to chase women and bonk about a bit before getting wed. Such is the set-up for Alexander Payne’s bittersweet and highly intelligent film, the ultimate “anti road trip movie”. Though I’m perhaps a bit young to appreciate the full genius of this film (certain scenes dragged on for me and it veered dangerously close to just the wrong side of pretentious), one thing I cannot fault about it is Paul Giamatti’s performance, the epitome of mensch. He turns Sideways into a mediocre comedy into a strong comedy-drama with his perfect comedy timing and emotional depth in the more controlled scenes. Furthermore, his romance with Virginia Madsen’s (also divorced) smart and sexy waitress Maya is awkward, initially somewhat embarrassing and unsure, as a believable romance should be. I don’t often care whether or not 40-somethings get the women of their dreams, but such is the power of Giamatti’s performance, that, for him, I did. 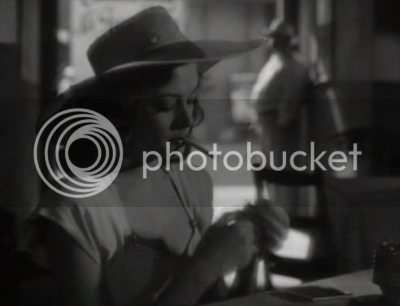 Film noir with Robert Mitchum, Kirk Douglas and Jane Greer, the former of which whom irked me in her irritating performance as the femme fatale who does nothing but cause trouble for men. Jacques Tourneur gets the best out of the rest of his cast, though, and thanks to that, his measured direction and the clever camerawork, this can be ranked as one of the finer film noirs of the 40s. Indeed, the impending sense of doom had me in a dread throughout, even though I knew it was just a film.
Posted by Emma at 10/10/2010 09:58:00 pm

Yay for The Prestige, one of my favourite movies :)!

The River is a nice movie! I almost forget it until I found this post! Thanks..

It’s an interesting approach. I commonly see unexceptional views on the subject but yours it’s written in a pretty unusual fashion. Surely, I will revisit your website for additional info.
Online Clothes Shopping