Right, I know I always do these and then end up stopping but I will try my damndest to stick to it this time round! (Famous last words). 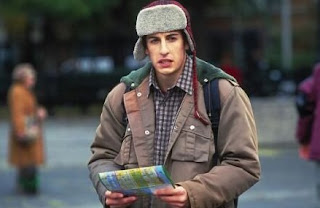 Jason Biggs stars as a dorky college student on a scholarship, who is friendly, warm-hearted and nice, and thus, completely out of place amidst his boozy, hedonistic dorm mates. He falls for the equally lovely Mena Suvari, someone who is struggling to pay her way through college as well as having an affair with Greg Kinear’s college lecturer.

Kinear’s character has reasonable amounts of swagger and allure, but he treats Suvari like absolute turd, and for that, I – and the audience – are completely championing Biggs to get the girl. It’s a fairly simple film and the majority of characters are sketchy clichés, but there is fun to be had in the cute moments shared between the two romantic leads, as well as the sublime, iconic use of Wheatus’ Teenage Dirtbag as the film’s theme tune. 7/10

Date Night (Shawn Levy, 2010)
Well, well, well. I’m surprised it’s taken me so long to see this film, because I’m a big fan of the leads (especially the goddess Tina Fey), and they have wonderful chemistry in this film. The movie itself had me cracking up from start to finish (I was watching it on my iPod on the bus and got many a curious look, but I don’t care). 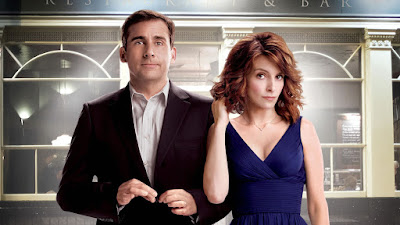 The plot is fairly unusual – a married couple who are on the verge of slipping into monotony stray from the sidewalk on their weekly “date night” and go to New York City for an evening meal rather than staying in the suburbs. In order to procure a table at a prestigious restaurant, they masquerade as another couple. Unbeknownst to them, this couple are embroiled in a blackmail scheme, and soon their planned night out goes very differently from how they imagined.

The cast and script are essentially what make this film; the jokes are a mixture of simple sex jokes and occasionally, the more pithier, wittier ones. The supporting cast is immense; James Franco and Mila Kunis cameo as the “real” couple and their on-screen bickering makes for very entertaining viewing.

Mark Wahlberg and Ray Liotta also made me laugh a lot, and Leighton Meester is somewhat under-used, but just her presence satisfied me, being a total gossip girl lover. But the central focus of the film is the two leads, and their performances are cracking. Good, feisty fun. 7.5/10

Through a Glass Darkly (Ingmar Bergman, 1961)
I’m nowhere near intelligent for this one, to be quite honest. Bergman’s four-hander centres around a very dysfunctional family, including recently released mental patient Karin (Harriet Andersson), her husband Martin (Max von Sydow), her brother Minus (who’s feelings for her veer dangerously close to being more than fraternal) and her self-absorbed playwright father.

There was nothing fundamentally wrong with this film; the acting was accomplished (Max Von Sydow impressed me the most in his portrayal of caring husband who feels out of his depth with a crazy wife) and the script was measured and astute. My guess is that I just felt disjointed from the characters, and consequently, found it difficult to care about their plights.

Furthermore, the crescendo of the film was so melodramatic, I laughed rather a lot. Sorry. 2/10 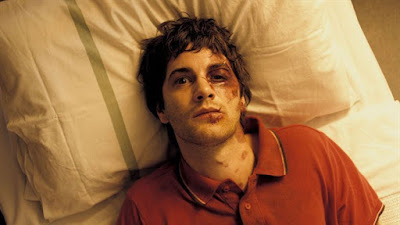 Jamie Morgan is a 25-year-old youth in East London, living with his mum. He has a distinctive, unmissable heart-shaped birthmark on his face and all down his body. Because of said birth-mark, he has gone his whole life being abused and shunted, when all he wants is to love and be loved.

I genuinely felt very, very deeply for Jamie, and the monologue he delivers in a nightclub moved me to tears. The action then occurs when Jamie’s mother is burned to death in front of him by a seemingly reptilian gang, and he, seeking vengeance, goes on a bizarre trip that involves him somehow “burning away” his birthmark.

There is only so much weirdness that I could take, and for that, I did not particularly enjoy Heartless (the pivotal scene, which gave the film its 18-rating, was extremely disturbing and graphic and will haunt me for a long time), and certain scenes were so bizarre that it was difficult to take the film seriously.

Harry Potter’s Fleur Delacour (Clemency Poesy) plays the love interest, and her acting was too disjointed, whilst lots of the rest of the cast ham it up to hilarious effect. However, I cannot fault Jim Sturgess’ heart-rending performance as Jamie; he gives his role 100% and delivers many silly lines with a straight face. Furthermore, it’s a mark of what an excellent actor is that, even when his character’s killing others, you still sympathise for him and root for him; a modern day Byronic hero if there ever was one.

Besty said...
This comment has been removed by a blog administrator.
11:06 pm

I liked Date Night. It wasn't great, but Carrell and Fey had loads of chemistry.

I hope they get to make more films together. That would be great.

Anyone know anywhere I can find pics of Kaya Scodelario topless?