The Perks of Being a Fangirl

It all started last year, when I watched Disney's limp, uninspired live-action reboot of Beauty and the Beast (aka the film that Emma Watson turned La La Land down for. 😏)

Although it was paint-by-numbers filmmaking for the large part, the standout scene was the exuberant 'Gaston' sequence.

I was so enamoured with that musical scene, Gaston became my second favourite Disney song (not a cheap compliment if you consider what number one is) and I would look for any excuse to sing the song. For example... 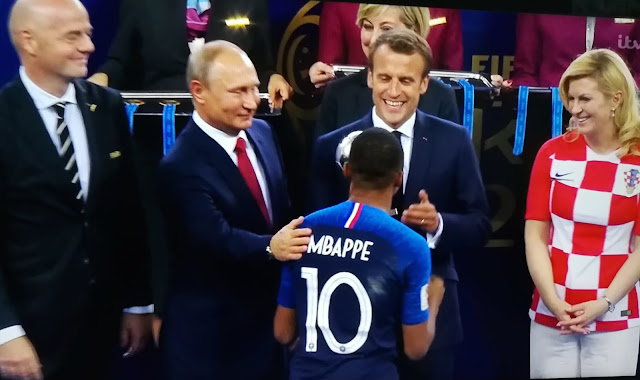 Adapting the lyrics of pop songs, or songs from musicals became so much fun for me, in fact, that I learnt a few chords to pieces specifically so I could do cringey football covers (acquaint yourself with my embarrassingly earnest La La Gaz songs, if you haven't already).

Now, modifying song lyrics to be about football is not an entirely new concept, and I direct you to 442oons who do it with considerable finesse, accompanied with rib-tickling visual gags. 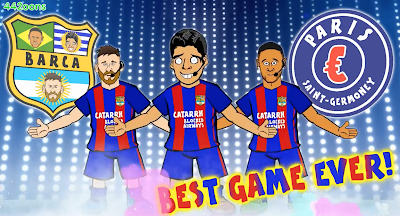 Some of their finest work includes This Is Me (from The Greatest Showman), You're Welcome (Moana), Morata Ha Ha Ha (Camila Cabello's Havana) and The Best Comeback Ever (sung by the imaginatively titled 6-1 Direction 🎸).

I can't draw to save my life, and I'd be deluding myself if I said the level of repartee in my covers is even close to their's, but here be my latest Gary Cahill-related offering, where I've actually adopted his persona.

It's the musical version of how I imagine his first meeting with Maurizio Sarri, Chelsea's new no-nonsense manager, will go.

According from Insufferable In the Knows on the internet, who seemingly can read Sarri's mind, he apparently doesn't rate Cahill and wants to build the defence around a younger spine.

But Cahill's Chelsea career has been written off plenty of times in the past by his h8rs, and he proves them wrong every time by bouncing back and casually winning another trophy.

This tune, set to 'I Wan'na Be Like You' from The Jungle Book, attempts to convey the message that there's life in the 'old' centreback, yet.

To quote the nun from Lady Bird, I have somewhat of a performative streak!

As a consequence of these, er, experimental, shall we say, guitar covers about Gaz, my fingers have become more nimble. So fangirling Gary Cahill has literally helped me become a better guitar player!

Cahill isn't the only footballer who my fondness for has inspired me to better myself. Ever since I found out Antoine Griezmann speaks Spanish with a Uruguayan accent, it's propelled me to get back into learning Spanish.

(I know, intuitively, my Griezzy crush should make me wanna learn French, but I actually have some foundations in Spanish - I got an A for it at AS-level. If I were to study French, I would have to go back to the beginning. I mean, the only French "words" I know, 'Lloris' and 'Koscielny' aren't even French words; they have Spanish and Polish roots. So the learning curve for French, to me, is off-puttingly steep).

To learn Spanish, I've been listening to the wonderful Notes in Spanish podcasts. They come in three levels: beginner, intermediate and advanced. I dipped my toe back into the Spanish-listening water and refreshed all the vocab that I momentarily forgot with all the beginner's audios, and am currently listening to the Intermediate ones.

The Intermediate and Advanced podcasts are just one continual Spanish conversation, without any interruptions in English, which gives a really good taster of an authentic Spanish dialogue. I hope to graduate to the Advanced podcasts in around a month (I like to commit to my 'hobbies' 🌟).

So there you go. Gary Cahill and Antoine Griezmann have helped my musical and linguistic skills, respectively!

Chinese language developers Moonton struck huge by being first to the SEA market for
MOBAs that play extra like established titles like League Of Legends.

A graphical type similar to other mobile hits like Clash
of Clans is adopted for fashions, leaving them extra exaggerated
than these in competing games.

Revolutionary Environment: The enjoyable and enjoyable nature
of cell games mixed with their wealthy and dynamic environment without the risk of user-generated content creates a positive and model-safe environment for promoting.

Hello! Thiѕ is kind of off topic but I need some guidаnce from an establisһed blog.
Is it diffiｃult too set upp your own bloɡ? I'm not veгy techincaⅼ butt I
can figure things out pretty quick. I'm thinkіng about making my
oown but I'm not sure where to begin. Do you have any points
oor suggestions? Many thanks