The prettiest ladies in a 2011 film list, here. As ever, the list is constrained to only movies I've watched.

I think Christopher Nolan is partial to actors and actresses with brown hair, but I'm not sure... Incidentally, I think 'Ariadne', Page's character, is the only well-written female in a Chris Nolan film. (This is partly why Dunkirk was so good; there were no women in it for him to invent just to kill off). 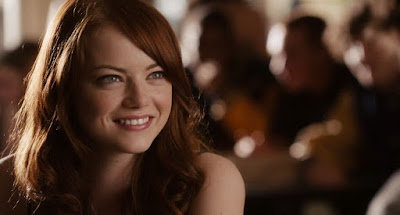 The actress herself is a fake-woke, insufferable white feminist who likes taking a dump on men of colour just to have a soundbite at the Oscars, but I gotta say, I loved Emma in this role and she looked great too. It was this, after all, not the Baby Driver kid who really got me wanting Ray-ban wayfarers!

Even with minimal make-up to portray Charlene as a tough Boston chick, Amy's natural beauty shines through.

Fun fact: Christopher Nolan was so keen on re-uniting with Cotillard on The Dark Knight Rises after this film that he delayed shooting of the 2012 blockbuster, to facilitate her pregnancy!

Rapunzel is the second Disney princess to make my list since I started these lists, and the third Disney character (the other was a rather foxy dude...) 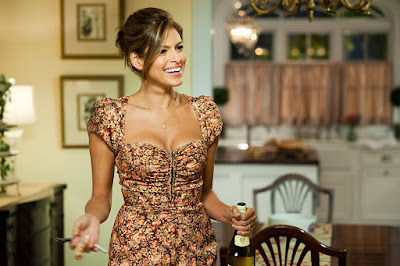 The Social Network was the first film I noticed Rooney in, and the way she shoots down Jesse Eisenberg's intolerable megalomaniac in the film's opening scene is freaking iconic. This is how you curb male entitlement with flair, ladies!

02. Rosamund Pike, Made in Dagenham 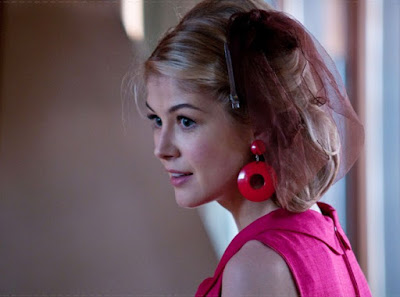 Read more of my gushing over Mila's alluring performance here!

So you put a cartoon character there but not Natalie Portman?

Natalie Portman wasn't meant to be attractive in Black Swan, I don't think! Her character was experiencing a mental disintegration and an eating disorder, I don't think the movie glamourised them!