This blog post is rated 15 for references to sexual violence and torture.

The BBFC replied to my e-mail on Red Sparrow, and in doing so, reminded me why it is I don’t usually bother e-mailing them. The Call Me By Your Name thing was a fluke; I forgot how obstinate and obtuse these people are when they want to be or have accepted a bung from 20th Century Fox. 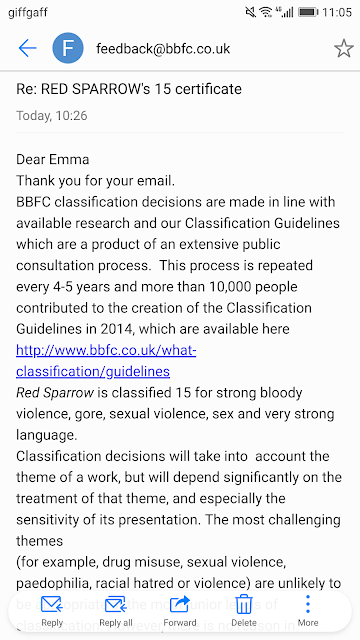 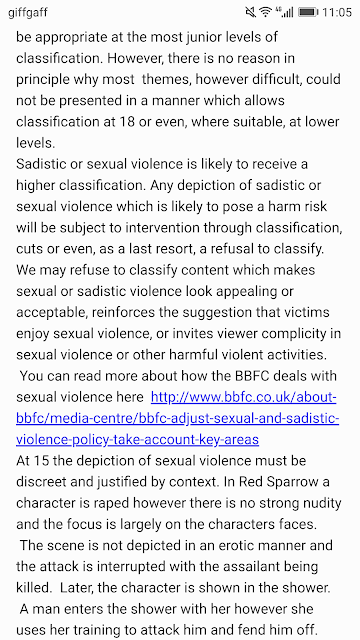 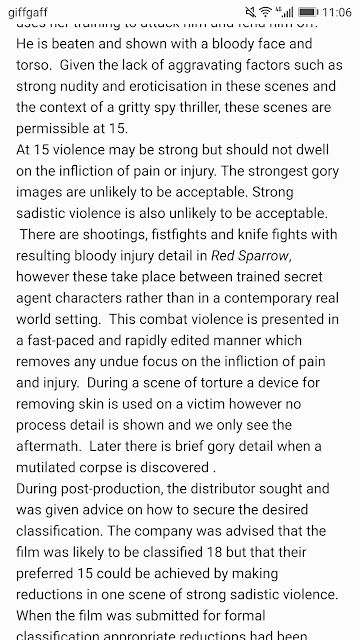 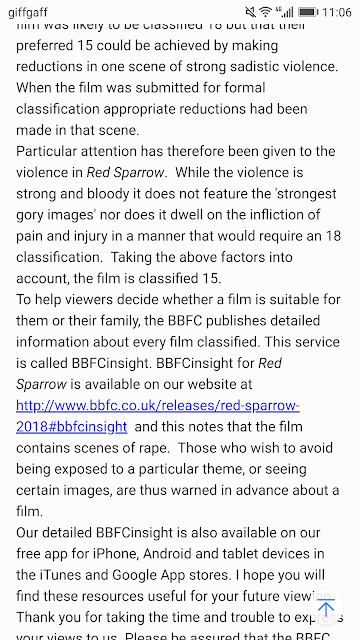 Don’t be fooled by the length; like Jamie Redknapp’s punditry, they have used a lot of words which ultimately say very little.

1) The BBFC are in the business of re-writing film history to suit their agendas. 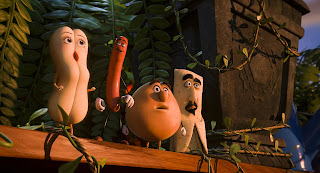 So here, they’ve just used lots of words to water down the horrible rape and torture scenes, to make it sound more palatable at 15. They said there was no 'process detail' in the skin graft scene. Apart from a shot of the skin graft thing going on Joel Edgerton's skin and him writhing in agony in this chair? And then sight of his peeled off skin in the grater? Was that not enough of a 'process'?

Also, the guy torturing Edgerton's character was grinning when applying the skin grafter. If that's not violence tinged with sadism (which has historically taken a film to 18, see American Assassin), I don't know what is.

The BBFC can use all the weasel words they want. I know what I saw and it was not suitable for a 15-year-old.

2) Thanks for completely ignoring all the points I made about Sparrow School and refusing to address why they thought a film where women are systematically forced to use their bodies against their will to procure secrets, is allowable at 15. Answer: because they know it isn't OK at 15.

I have long suspected that the BBFC have pre-written e-mails for films they know will cause them complaints, and they just copy and paste chunks of text to people who gripe, to create the illusion that they care about what we have to say. Obviously, the only thing they care about is how much 20th Century Fox are willing to offer them for the 15 rating.

This just concretises my belief that they don’t take e-mails on a case-by-case basis, instead having pre-written spiel to palm us off with. I didn’t pull that Red Sparrow e-mail out of my arse; I thought about it long and hard to make sure I made my points in a coherent, measured way which illuminated why they were going against their own guidelines at 15.

So the last thing I need is the guidelines parroted back at me like a dude trying to score a girl on a date by blindly repeating everything she says. #ByeFelicia

4) They mention the cuts made to Red Sparrow to get the 15 rating from the 18 it would have gotten without cuts.

This is one of the oldest tricks in the book, not just employed by the BBFC, but filmmakers too. If the distributor wants the lucrative 15 certificate, but they know their film is seriously pushing the boundaries, something that is occasionally done is that they’ll hand the BBFC an ‘unfinished’ copy of the film, which has proper 18-rated content in it.

The BBFC will tell them they need to make cuts to secure the 15, and it’s the act of making cuts itself, which contributes to the illusion that the film is 15-friendly. It could very well be that the post-cut version is still a hard 15/debatable 18, but at least they’ve been seen to ‘do something’, so there’s give and take between the filmmaker and the rating body.

Films that have played this game this include both Inbetweeners Movies (both very crude 15s which got several complaints even after all the snipped stuff), the first Kingsman movie (which, if you remember from my analysis of the 2015 annual report, was the highest complained about film, in terms of viewers: complaints ratio) and Grimsby.

I’m laughing that the BBFC thought they could milk some goodwill by bringing up the cuts made to Red Sparrow to secure a 15. So they cut out some blood from a garroting scene. I’d argue that’s far less aversive than all the rapey/coercive sexual content they left in!

Like, even though I agree with mother!'s 18 certificate, it was only that one grotesque sequence which was truly horrible about mother!. Red Sparrow's scenes of rape, torture, violence, women being forced into screwing men against their will was absolutely unrelenting, and it should be the same rating as mother!

And, I have to say, when the BBFC have literally broadcast their playbook on the matter of filmmakers putting dicey content in films purposely so they can 'cut' it and get their desired rating, it kind of cheapens their attempts to use it as leverage when debating Red Sparrow's rating.

So yeah, not impressed with this e-mail response, which is as phoned in as a Dane DeHaan performance. This kind of mealy mouthed response would barely placate someone who wasn’t that well-versed in e-mailing the BBFC. But I’ve done it quite a few times, and I know the guidelines, and about the app.

Why they felt the need to advertise their app which has their extended information (when I'd clearly said I knew about the extended info), is some tone-deafness on par with a Kumail Nanjiani film script! 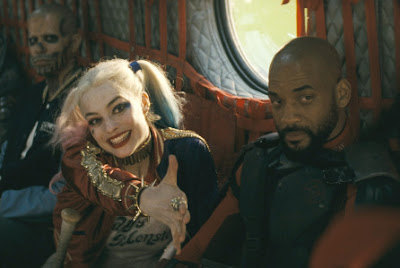 Cartoonish comic book violence and women getting coerced into using their bodies to procure government secrets getting the same rating. Only at the BBFC, ladies and gents.

The BBFC regularly bleat on in their podcasts about credibility and accountability. Their credibility has taken a massive dive by awarding Red Sparrow the same certificate as titles like Nerve, So Young 2: Never Gone, Suicide Squad, The Shallows and Easy A.

It also makes Stoker, A Girl at My Door, Blue is the Warmest Colour, Fifty Shades Freed, and Gone Girl, several films that actually got rated 18, look like a day out at Disneyland!