Unlike the MPAA rating ‘G’ which is almost becoming obsolete these days (even My Little Pony: The Movie got a PG in America) the BBFC does not require a film to be squeaky clean in order to get a U-rating (ditto Ireland and their equivalent to the U, G).

The guidelines at U allow for more in the way of comic violence, threat, very elementary sexual innuendo (eg flirting) and mature themes than the Americans. (Case in point: Inside Out, Finding Dory and Love and Friendship were all U/G here and in Ireland, yet received a PG in America.)

When I was wondering around WHSmith and Tesco, I noticed a few DVDs which really testify to this fact, from the sheer length of their short insights (in case you hadn’t realised, turning over DVD cases and reading the back is one of my favourite pastimes *James Franco in The Disaster Artist-style awkward laugh*).

The Angry Birds Movie, which was cut to get a U-rating (read about why here), is the longest with four issues at U: 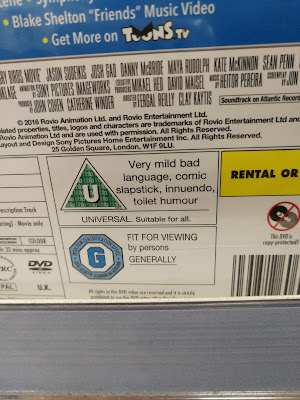 Here are some with three issues at U: 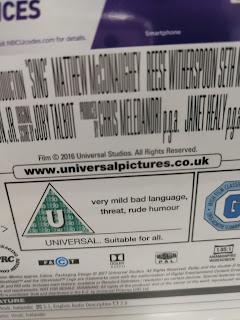 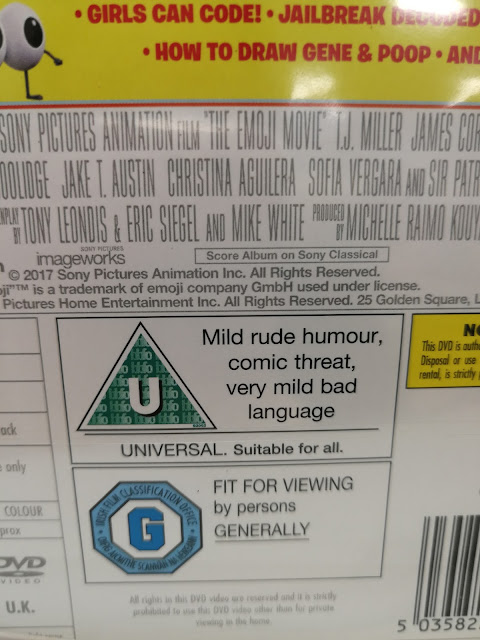 lol at Mike White being one of the ones responsible for this rubbish film's screenplay. He wrote (and acted in) School of Rock, which I am currently re-watching, and the script to that is crazy good fun! His talents were wasted here. 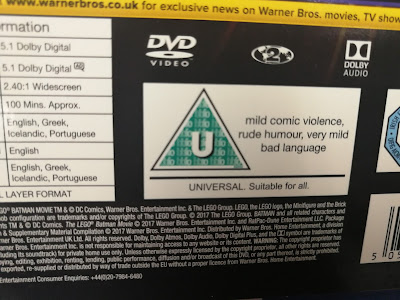 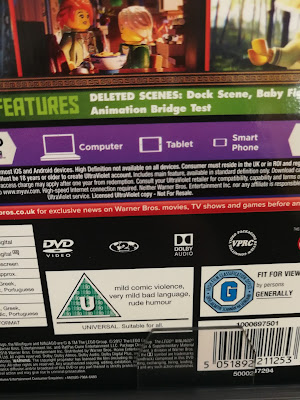 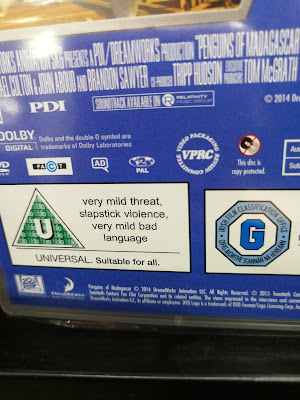 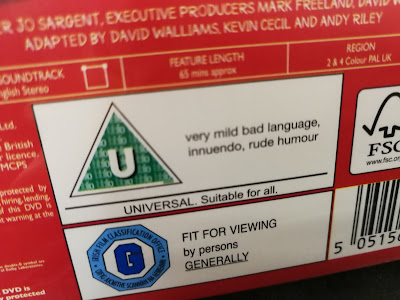 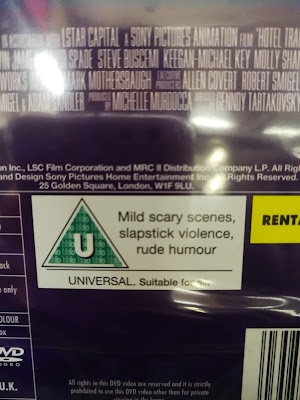 As you can see, ‘very mild bad language’, 'rude humour', ‘threat’, ‘rude humour’ and ‘comic violence’ are popular phrases at U. These are all things that take a film to PG in America, eg, The Boss Baby, a U/G in Britain and Ireland, is a PG in America for ‘some mild rude humour’.

I guess we’re just less sensitive about poo jokes than our transatlantic cousins!

These two insights were notable at U, not because of the length of the insight, but rather, the unusual reason: 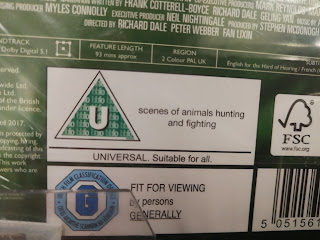 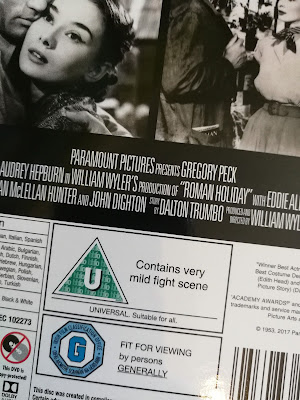 Point of information, I had no idea Dalton Trumbo wrote Roman Holiday! Makes me curious to check out Trumbo now!


The IFCO are (on the whole) even more lenient with their G rating than we are. Here are some films they rated G (our U equivalent) that we gave PG to and who I thought was right:

And here’s a photo of me from yesterday, next to the film poster of one of my favourite U-rated films of all time (and Ingrid’s performance one of my top 10 acting performances in a U-rated film): 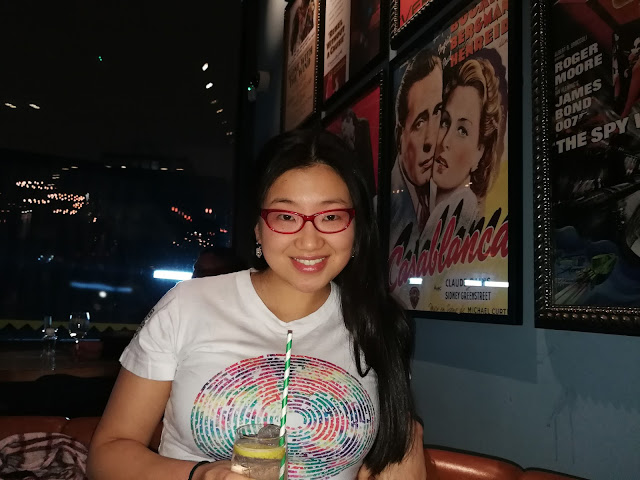 And finally, not related to U-rated films, but, was a BBFC examiner in a bad mood when they wrote the short insight for What If…? 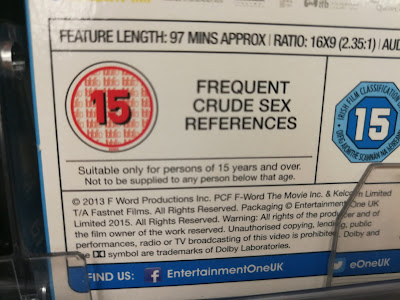 What’s with the caps, man?

In case you hadn't noticed, I take somewhat of an interest in British film classifications. For my entire BBFC archive, featuring everything from dissection of Dunkirk's short insight, to correspondence with the Board about calling a bit of peach-loving by its name, click here.
Posted by Emma at 3/01/2018 12:11:00 pm