I go to HMV for DVDs, I come back with intel on the BBFC

^^ Title a very tenuous reference to ‘Guns and Ships’ from the Hamilton soundtrack, which I am absolutely obsessed with!

So, whenever I go to HMV to buy something, I spend way more time in store than necessary, due to my natural inclination for turning every DVD around so I can read the BBFC short insight on the back. Here are a few points of interest from the last time I went: 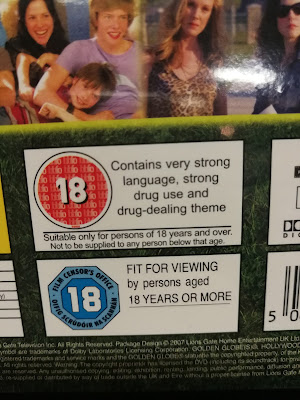 From the Weeds season 1 to 4 boxset. I’ve recently just finished watching this show, from the creator of Orange is the New Black, and has a few parallels with OITNB: an irreverent tone, ludicrous but wildly entertaining plot turns and great acting. 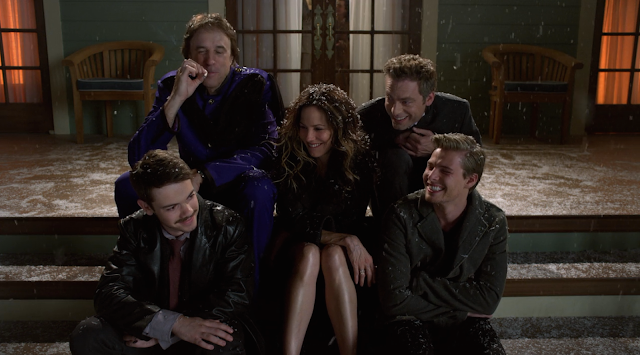 From the closing shot of Weeds, which features one of the best uses of music in a TV show.

However, whilst OITNB firmly takes a ‘crime doesn’t pay’ stance (very little hammers that home than watching women endure the hardships of prison, where they’re treated more like chattel than humans), Weeds, about a suburban mum who turns to marijuana-dealing after her husband dies in order to sustain the quality of living she was used to, makes drug-dealing seem not just like a viable, but attractive life path, and because of this, the vast majority of the episodes are slapped with an 18 rating.

This short insight made me laugh. Just in case a title like ‘Weeds’ didn’t give away the content of the show, the BBFC want to make things really, really clear. 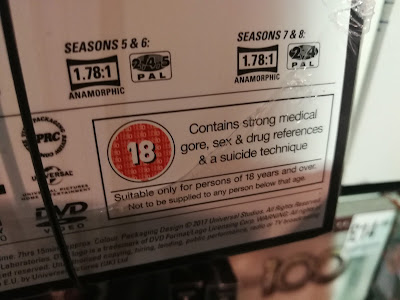 From the boxset from all seasons of House. I would suggest the BBFC re-consider the use of ‘technique’ there, as that word carries an implication of efficacy. Someone wanting instructional tips might watch the episode of House and be inspired in ways they shouldn’t be. 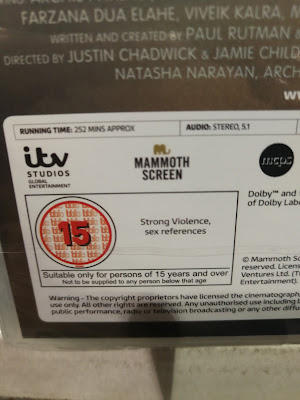 Weird, jarring capitalisation on Next of Kin's DVD. Makes me think of Get Out’s stray full stop in the middle of the sentence where there was meant to be a comma.

This was on the back of some Ricky Gervais ‘comedy’: 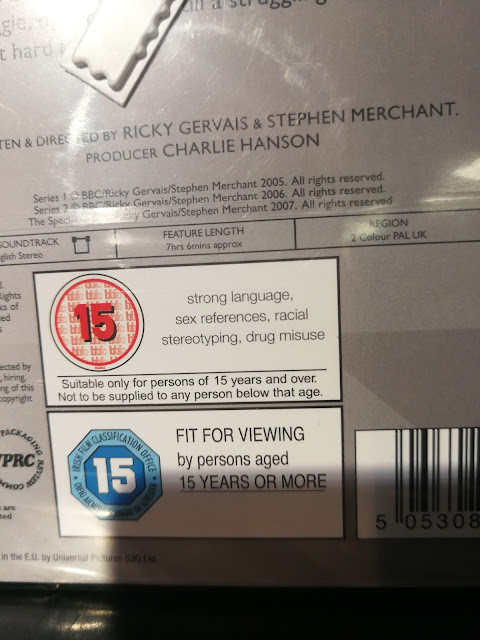 ‘Contains racial profiling’. He does like to put lots of race jokes in his material, which, given he’s a white guy, makes me feel rather uncomfortable (not to mention is just flat-out unfunny). 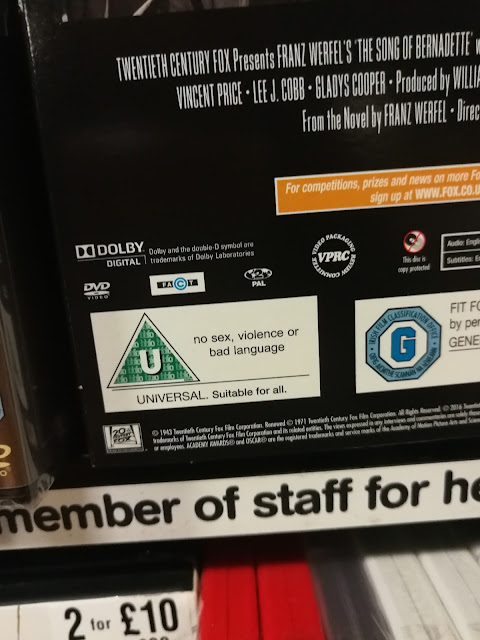 These days, if a film is completely innocuous, the BBFC write ‘contains no material likely to harm or offend’, possibly because ‘contains no sex, violence or bad language’, as shown on the back of The Song of Bernadette's DVD could act as a deterrent for some people from seeing the film!

As I mentioned, if the IFCO and the BBFC have different ratings for DVD, then they just put the British rating on the front so as to not confuse buyers. Here is an instance where our rating was actually higher than Ireland's (it's usually the other way round, they tend to be a bit more strict than us): 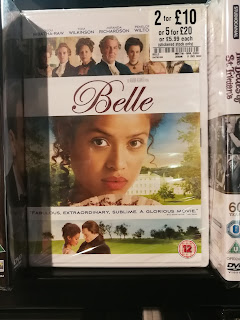 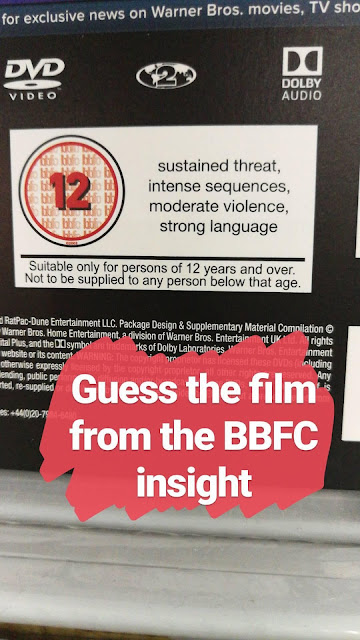 And finally, guess the film from the BBFC short insight! Shouldn’t be too difficult, as it’s a title I’ve been banging on about incessantly for the last six months…