The post-Christmas back-to-work lull one experiences in January can be quite depressing. To alleviate those January blues somewhat, London restaurants are just waiting to be explored by you, and with Groupon, LivingSocial and Wowcher deals facilitating all this, it seemed rude not to.

First thing’s first: the décor of the place was absolutely exceptional. Here’s a photo: - 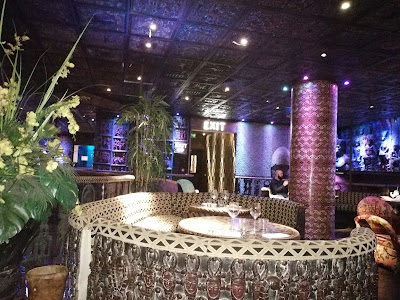 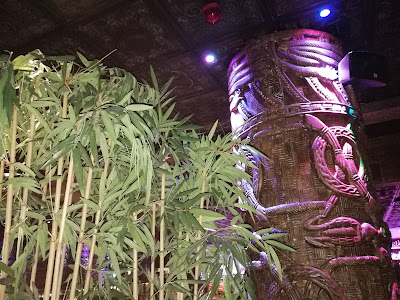 As you can see, the restaurant’s owners go all out, with African-style statutes and carvings littered about the restaurant to help transport you right to South Africa. 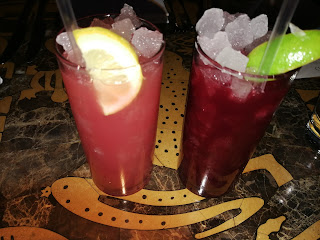 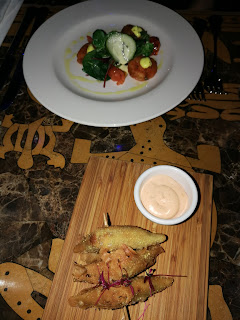 For starters, I had vegetable samosas. They were a little heavy on the dough. I would have preferred the pastry to be thinner and it to contain more vegetables as filling, but what filling there was, tasted yummy. 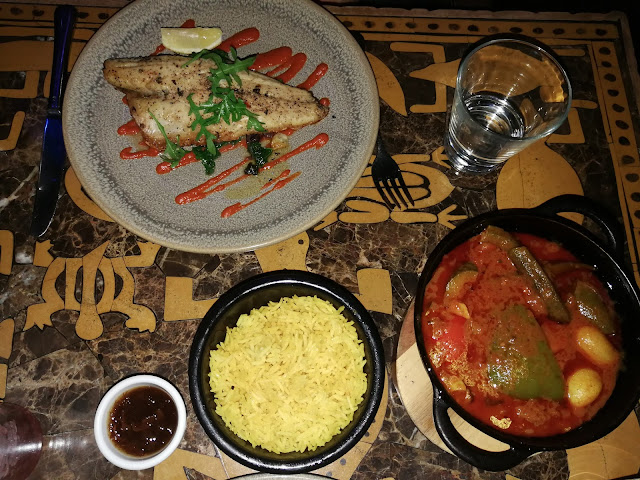 Sticking with the vegetable theme (I am forever carnivorous, but mainly because I really want to look as lithe and fit as Gal Gadot, I have decided to go for more vegetarian options unless there’s a really enticing meat dish on the menu), I had a vegetable curry for the main.

This was a mixed bag – I loved the oversized peppers and the Afrikaans rice was nice but as you can probably see from the photo, the meal was way too oily. Flavouring is important but having that much grease stare you in the face suggested the chefs had taken a rather haphazard route in deciding how much to put in my dish.

The fish plate was prepared more intricately and tasted much better, although, as the picture shows, there was much less of it. One tenet I have noticed from dining out on Groupon deals is that, where there’s a set menu, the fish dishes are usually the best cooked, contain the highest quality ingredients, but they tend to be smaller in size than their red meat, poultry and vegetarian counterparts. So, if you’re after good quality and not that hungry, the fish route is your best option. 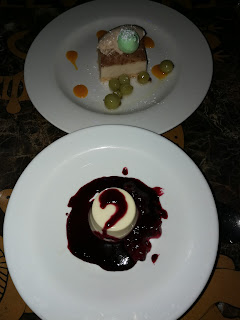 The drinks and desserts could be described similarly. Nice to look at, containing plenty of sugar, inoffensive, but nothing I haven’t tried before. The fact that there was more juice in the cocktails than you would expect from an alcoholic beverage reminded me of the watered down cocktails at the Slug and Lettuce.

Despite the generic food, Shaka Zulu’s polite staff, awesome décor and ambience means I’m still glad I visited. The voucher with which we dined at Shaka Zulu with was inexpensive, and at least we left the restaurant fed, which is more than can be said of some dreadful tapas deals I’ve had.

As far as South African cooking goes, however, nothing beats a braai!