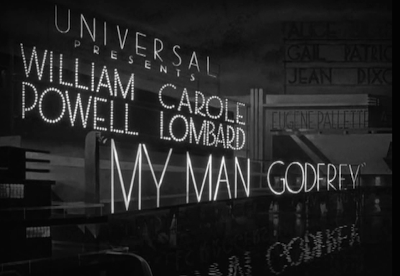 Irene Bullock, a pampered Park Avenue princess falls for her butler Godfrey and is not used to being met with resistance as said butler gives his employers some much-needed schooling in humility in La Cava’s screwball comedy that dextrously traverses themes of love, class and humanity.


At the start of the film, Cornelia, Irene’s haughty sister presumptuously asks Godfrey to accompany her on a scavenger hunt, where she’ll win if she brings in a ‘forgotten man’. Unimpressed at being viewed as a commodity, he tells her where she can stuff her request.

Watching intently is Irene, who having a fierce rivalry with her sibling, savoured every moment. Her slightly softer approach gets Godfrey to agree to be her ‘forgotten man’, where he wins her a trophy. Indebted, she gives him a job as the family butler, a job which many have tried but failed to hold down. Once he’s met the bizarre Bullock coterie, he starts to understand why.

Such a sequence of zany, improbable events is inherent to My Man Godfrey, which embraces its farcical nature, whilst featuring some salient social lessons, which it is intelligent enough not to bash the audience over the head with (as is the case with the majority of films these days). 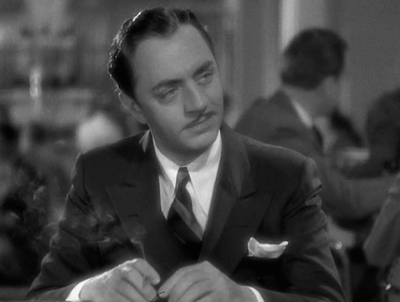 Surrounded by shrill, spoilt women, William Powell is the rational nucleus of the film. It is uncovered that he wasn’t always in such a bedraggled state, and came from a distinguished background himself, but that unfortunate confluence of complacency and having his heart-broken left him desolate.

Having fallen from grace, he has the life experience to appreciate his newfound opportunity (even when the family he’s working for are being nightmares), as well as the analytical nature to deal with anything the crazy women throw his way. Powell plays it straight in a film full of nutty characters, and his wry micro-expressions and witty line-readings mean he has never been so charismatic. 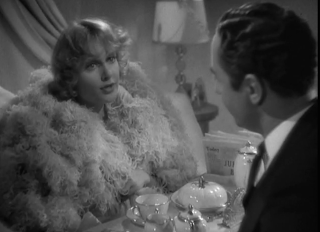 Cornelia and Irene are at each other’s throats throughout the film, but, in an era of R-rated language and slut and body-shaming, the battle of wits they employ to trade blows in Hayes Code-era Hollywood makes for more sophisticated patter. Carole Lombard and Gail Patrick are irresistibly ditzy and devious, in their respective roles.

"The only difference between a man and a derelict is a job,” the protagonist notes shrewdly. My Man Godfrey is a charming and wonderfully optimistic film, which essentially says it’s never too late for a second chance in life.

(Funnily enough, William Powell and Carole Lombard were briefly married, prior to working on the film together. They parted amicably, and were said to have stayed friends. The lack of bad blood and friendly rapport still existing is evident in their palpable chemistry and familiarity with each other).

Watching My Man Godfrey, I was reminded of a lyric from Moana, another film I viewed recently, "They have stolen the heart from inside you, this does not define you”.

We could all do with a man like Godfrey in our lives.