I love analysing the Oscar categories and if it were up to me, I would have analysed all of them between the announcement of the nominations and the Oscar ceremony next Sunday. However, this was sadly unfeasible due to the fact that I live in the UK and tricky UK release dates meant I hadn’t seen a bunch of the nominated films.

I’ve only now watched enough films to analyse one category, Supporting Actor, and in terms of discussing the nominees, I’m deferring to Nathaniel’s method on the Supporting Actress Smackdown of a discrete score out 5, as opposed to my more convoluted grading system, where sometimes there wasn’t much in it between two performances, yet I gave one a B+ and the other an A-, which seemed a tad spurious.

So without further ado, my rankings of the nominated performances, from worst to best… 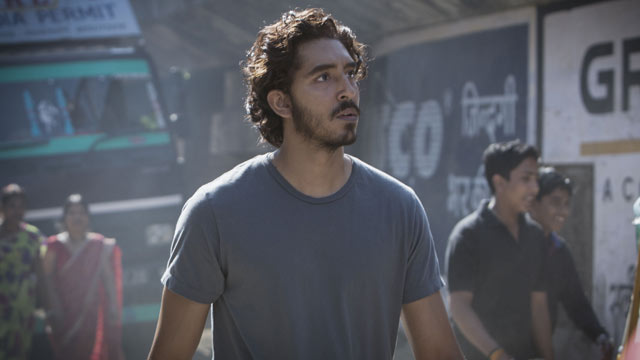 Well, he’s good-looking, I'll give him that. And he delivered a credible Australian accent. But aside from that, I’m struggling to see how Londoner Dev Patel stole Mahershala Ali’s BAFTA, apart from a) good-old fashioned nepotism and b) a misplaced sense that the BAFTAs had to do something ‘different’.

I was disengaged with Lion, seeing it as Saroo’s story, not mine, and the main fault for this was Dev Patel, who 'acted' by flopping his hair a lot and staring gormlessly into his laptop. He seemed to rely on his charm (of which he has plenty) rather than any acting chops, and this was apparent the most in the final scene.

What is supposed to be a huge emotional pay-off falls flat, because he spends most of the reunion grinning goofily, rather than emoting. If you compare his non-performance in this scene to the pure emotion that was visible in Chiwetel Ejiofor’s heart-rending visage in his familial reunion in 12 Years a Slave, the distinction couldn’t be clearer.

Patel’s acting in this film would have been more befitting of an episode of ‘Skins’. 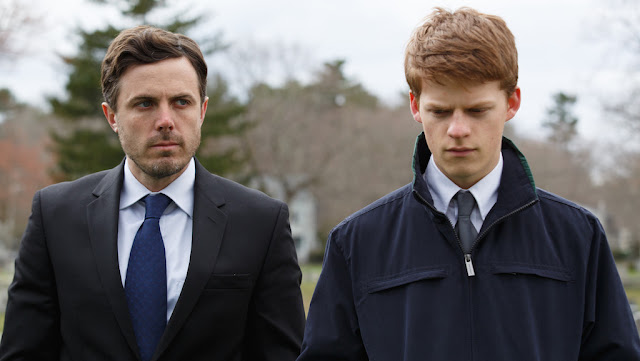 I’ll admit I was initially turned off this performance mainly due to the unsavoury drawl of the ugly Boston accent, as well as how whiny his character was. But credit where credit is due, Hedges’ unfussy, technically proficient performance is befitting of the general depressing vibe of the film, and his hyperventilation scene was plausible and affecting, without descending into histrionics.

I do think, however, that the majority of his character's responses to anything Casey Affleck's character did or said, which was to scowl, is the natural response of any human being to that creep, making me wonder whether he was acting, or just reacting.

Although I favoured Shannon’s co-star, Aaron Taylor-Johnson, as the vile lunatic hick, Shannon’s screen presence was majestic and the second finest thing about Nocturnal Animals. He completely embodied ‘cynical Texan cop battling death’ character and the way he languidly savoured every cigarette, took his sweet time with line readings was watchable in a way only this actor can be.

Michael Shannon's aura in most movies (99 Homes, Revolutionary Road, etc) is an unusual combination of unsettling and laconic, and for this character, said performance style suits the character to a T. 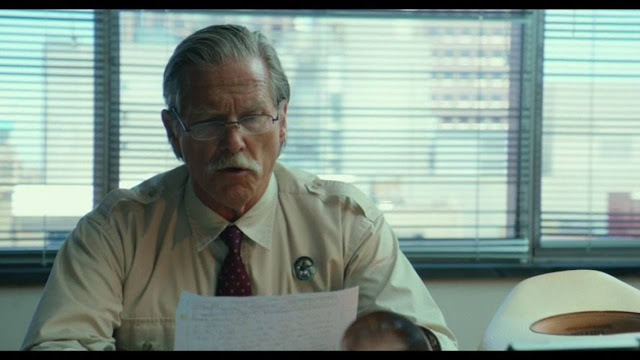 As with Michael Shannon, I preferred one of Bridges’ co-stars, Ben Foster, in the supporting actor stakes, and, again as with Shannon, Bridges plays a character that is a variation of the hoary 'grizzled cop' trope. However, such is the actors' invention and gravitas that he makes his character feel lived-in, real, and unique.

His politically incorrect sparring with a half-Mexican, half-Native American co-worker masks a deep affection for the guy, feelings he betrays in his naked facial expression when events a dark turn later.

Furthermore, whether he's cannily reading between the lines when interrogating uncooperative waitresses or trying to force Chris Pine's character to blink first, Bridges gives his Marcus Hamilton experienced street-smarts that his shit-talking and mumbly enunciation is a clever ruse for.

In Hell or High Water, Jeff Bridges definitely plays to a type. But when he has the reins on the type in question so well, it'll get no complaints from me. 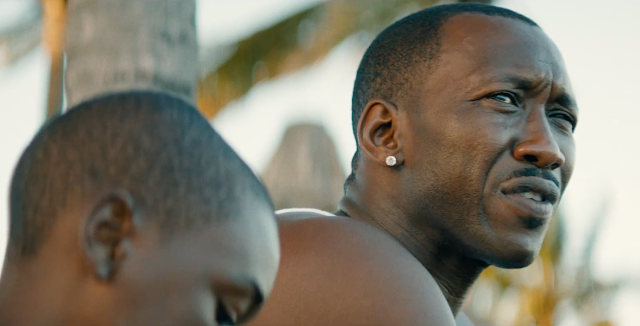 When Juan, a Miami drug-dealer, first encounters the protagonist, Chiron (nicknamed ‘Little’ due to his size) at a crackden, we fear the worst. But Moonlight is a film that keeps toying with our preconceived notions. A surprising subversion on the hardman drug-dealer trope is Mahershala Ali, who imbues Juan with kindness and humanity.

His gentle teasing of Little to get him out of his shell, softly singing to him in the moonlight and delicately answering Little's confused question, 'what's a faggot?', Ali embodies Barry Jenkins' vision for Moonlight as a life-affirming coming of age tale that illustrates how our experiences in childhood and adolescence moulds us, for better or worse.

Compared to his four competitors in this category, Ali has the lowest screen time (Dev Patel is clearly a leading performance which wasn't good enough to compete in the right category, making a mockery of the 'supporting' in 'Supporting actor'), appearing only in the first segment of the film, which is told in triptych.

But in terms of impact, Mahershala Ali's Juan is the only one of the nominees that have haunted me, not just for the duration of the film, but for days to come. Even five days on from viewing Moonlight, I can still see that pained look of regret that's etched across Juan's face when innocent Little asks him whether his mother does drugs, followed up with whether Juan sells them. Unforgettable.

A drug-dealer with a heart is a hard sell, but under Ali's tight grip of his complex character, I completely bought it.

Concordance with the Oscars: 20%.
I also pay close attention to Nathaniel's ballot, where our concordance is 60%, although he has Tom Bennett for Love and Friendship so if we counted the actor and not the film, our concordance is 70%! #Fiddlingthenumbers

Concordance with the Razzies: 40%

How can I tell which one is the best product among those mentioned on the list here?Best Homall Gaming Chair